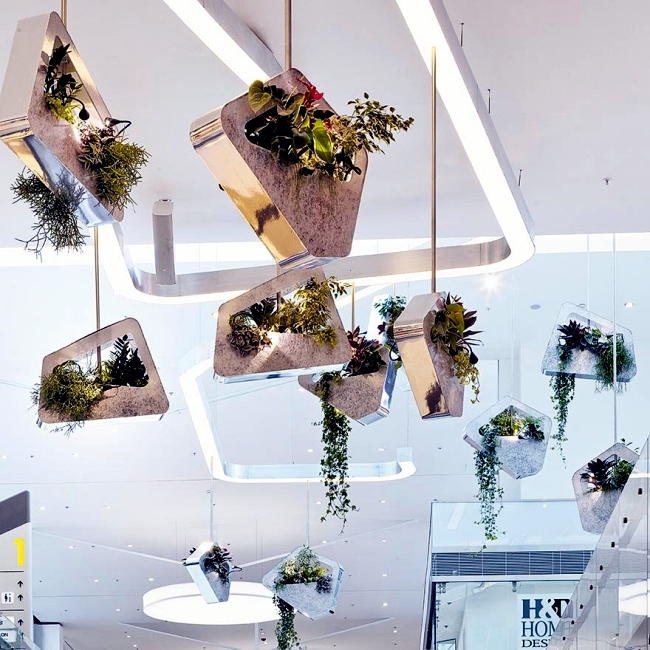 Alexis Tricoire explores the relationship between design and plants, plants and architecture, objects and plants since 2006. The artist has designed public art installations with plants that make the audience think and environmental consciousness awakens. Some of his most impressive projects.

Art installations with plants - Hanging Gardens in the mall 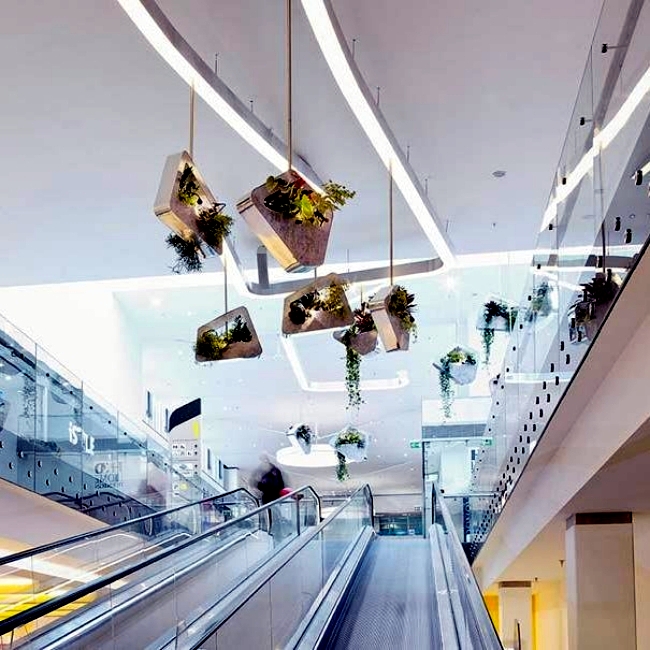 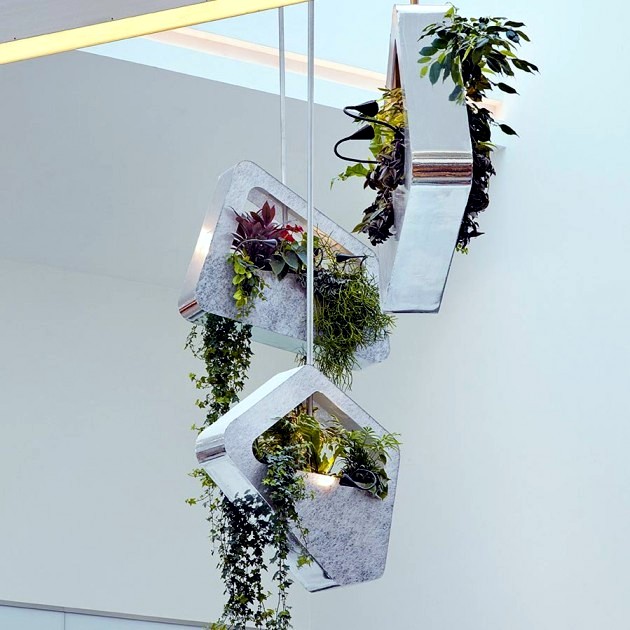 Green mobiles were designed for a new shopping center in Prague. The hanging gardens are planted in a series of tanks that were inspired by the bags. The forms were created with 3form Varia with 40% recycled materials, which complements the "green" value of the project. Mini LED lights are integrated into each of the potted plants. 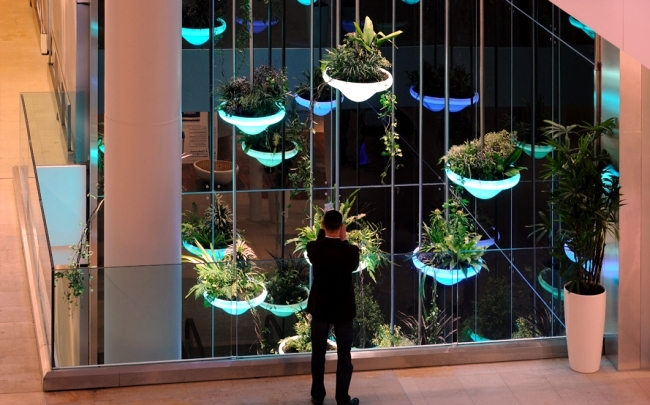 This project was inspired by the islands that float along the rivers of the Amazon. Fifteen plants float container
in the air and create beautiful effects. 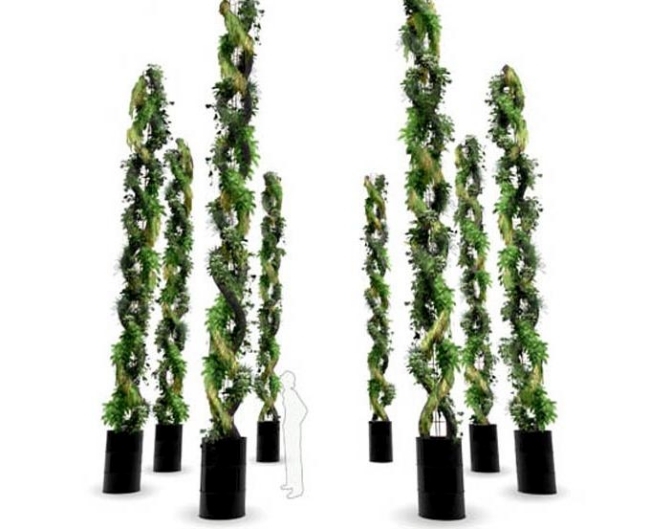 The column is constituted of two strands of the DNA helix. With its base in the planter, it asks the visitor on the future of biofuels. 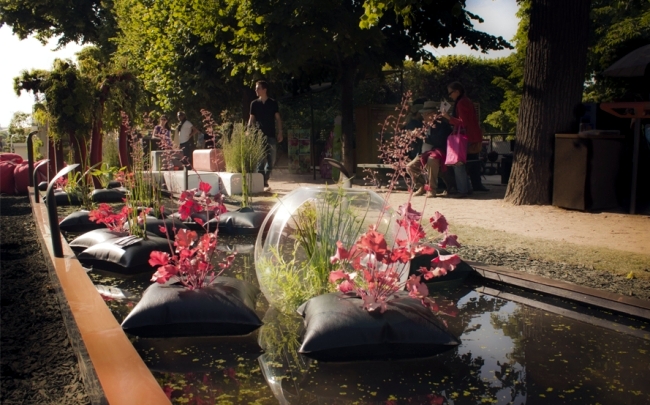 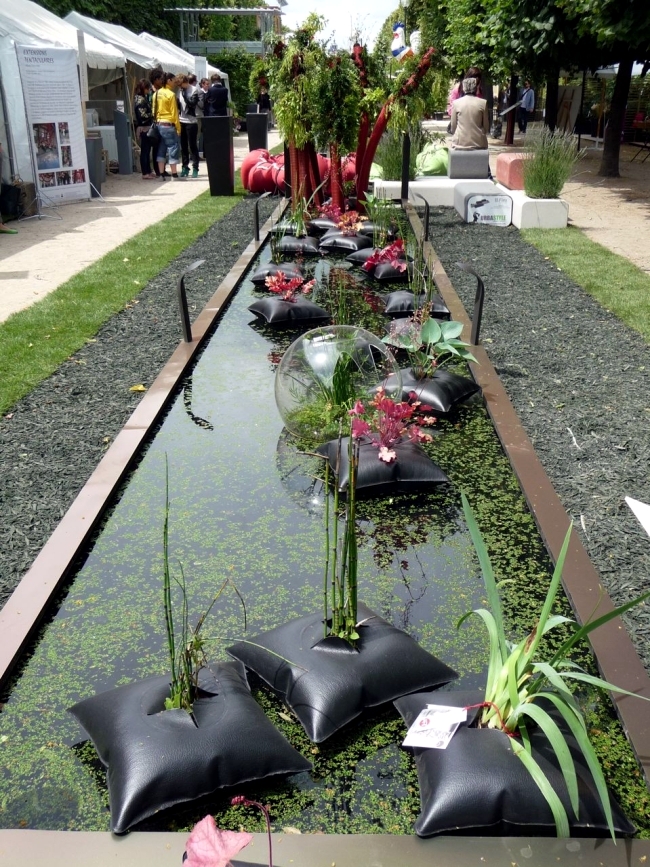 The pond is awake to life when the plates float on water and float in the wind. The standing red tubes recall the reed and worry cleaning rivers, lakes and biodiversity. 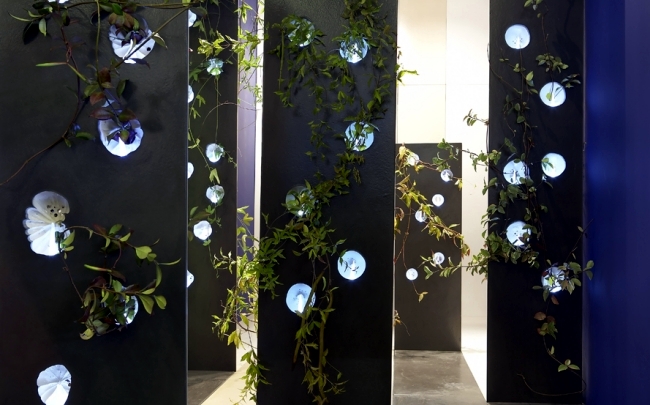 Temporary installation of Mapei "That Matter" in 2007

These walls, covered with lights shaped fruits are settled by vines. They depend on both sides of the wall. 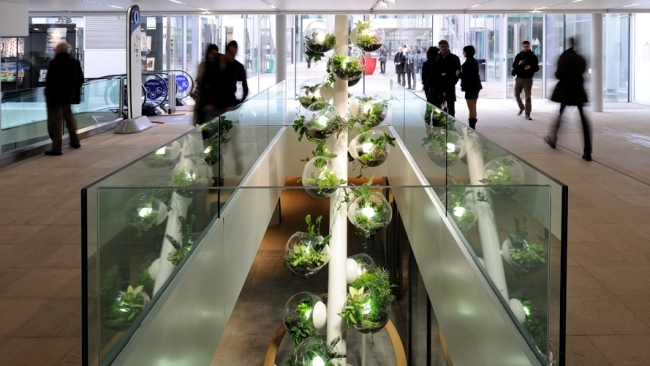 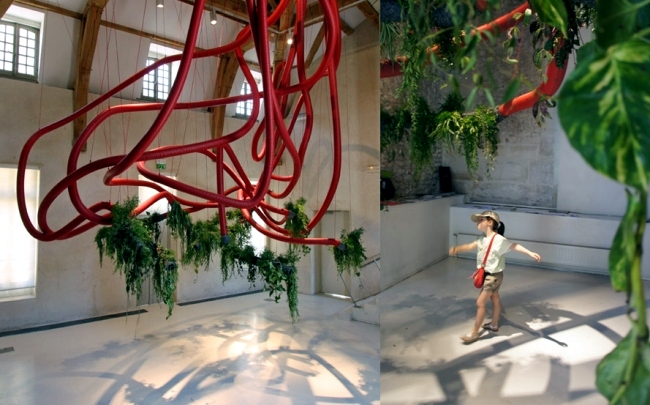 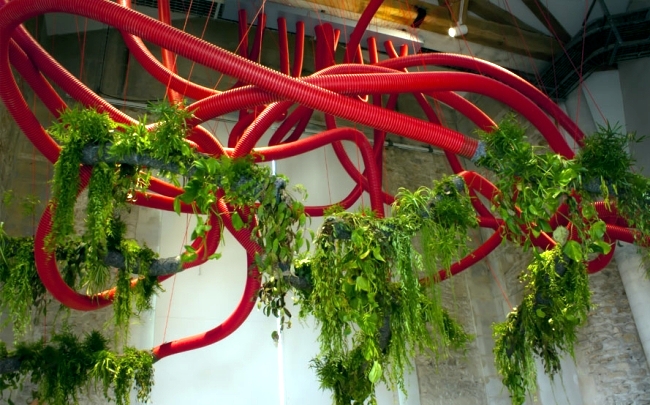 Metaphor, as in the growing urban wilderness along rivers and roads. This installation also shows the chaos that is irrational in our society and the lack of space for plants. 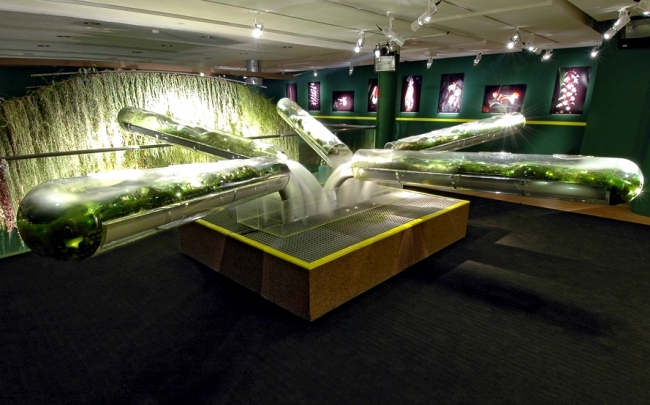 Since nature is a source of knowledge and our hopes for science and medicine are headed there, the plants are placed in large "test tubes".