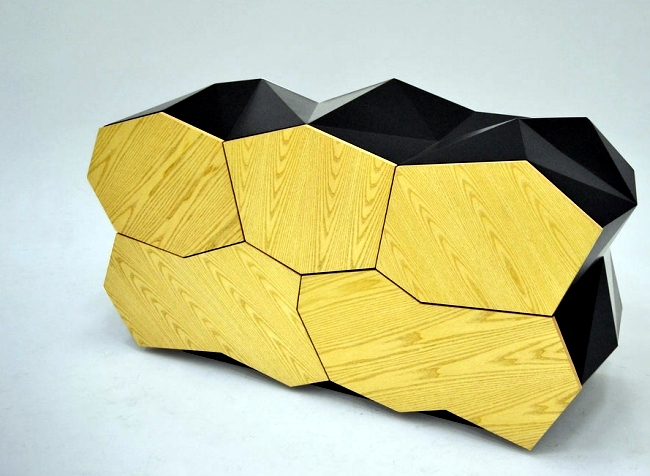 The unusual wooden chest of drawers, created by the young Australian designer Jack Frost, was recently presented at the exhibition of the London Design Festival 2015 of the Commonwealth. The name "Terranos" comes from the Latin words and Terra Novus to form a new word that is translated "modern country", says the designer. Inspired by aerial photography and landscape of Australia, the idea came to create a design that showcases the beauty of the earth. Namely, corrugated outside firm represents the natural contours of varied terrain and beautiful geometric facets. 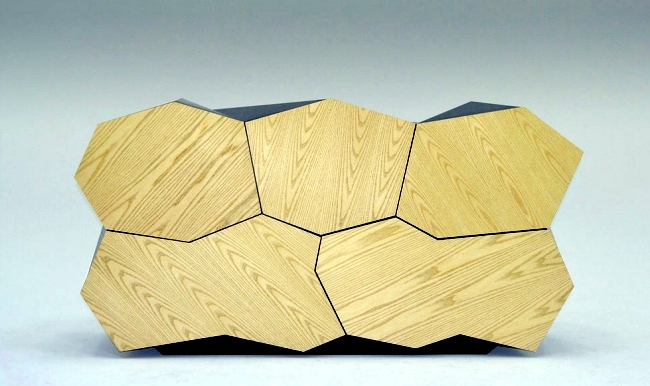 The contours represent the drawer front satellites images. The faceted surfaces creates interesting reflections of light and shadow. Effects of light with consequent change in all respects room. In addition to an exclusive appearance, wood dresser offers 160 liters of storage volume.

Design chest of drawers divided into facets with the surface 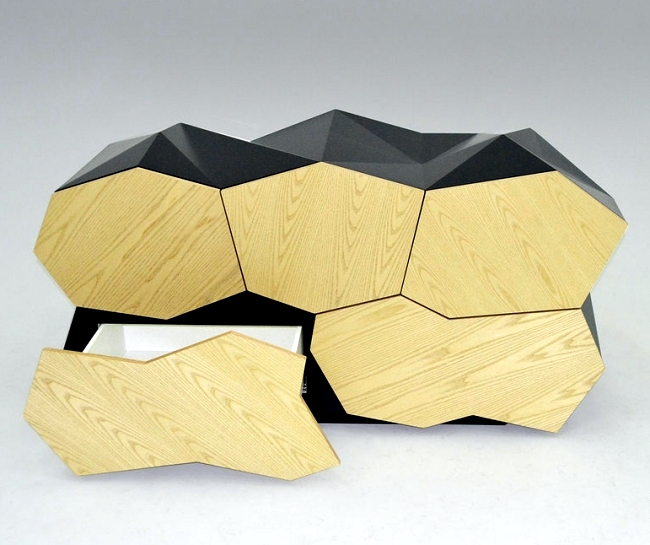 Jack Frost is a young industrial designer, who grew up in a small rural community in Perth, Western Australia. Even in his childhood, he showed an interest in art, photography, carpentry, and uses them in his creations later. In 2011, he began studies at the Central Perth 3d design Technologieinstiut. In July 2012, Jack made ​​his debut on the design scene with his first design project made ​​furniture - Useful Terranos of wood, which states against different models creations of designer furniture show in Vivid Furnitex of Melbourne. This gave him the opportunity to be unique Buffet in London on 15 September 14 To display during the month of October. 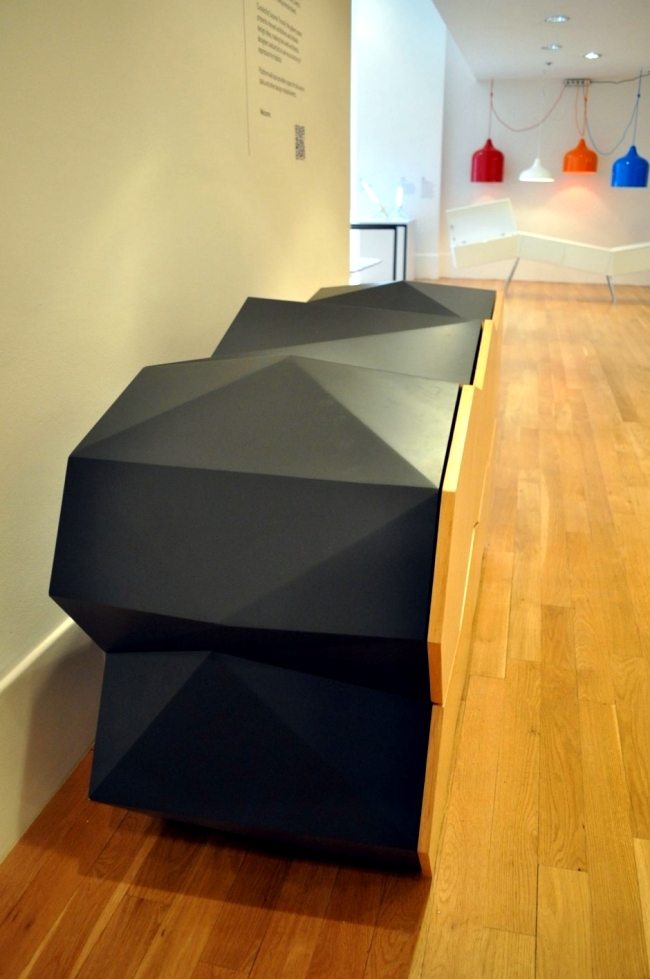 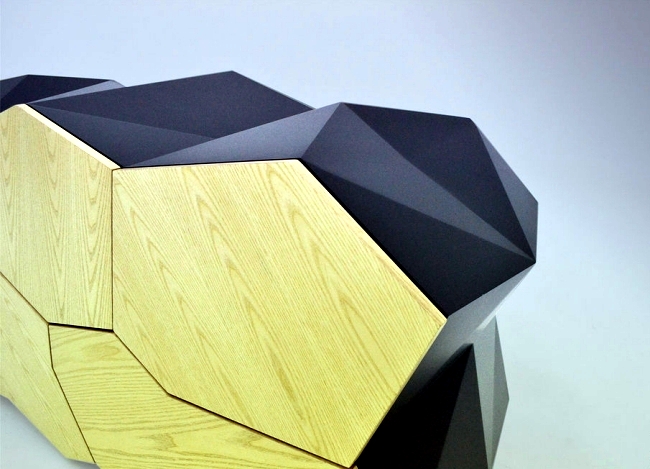 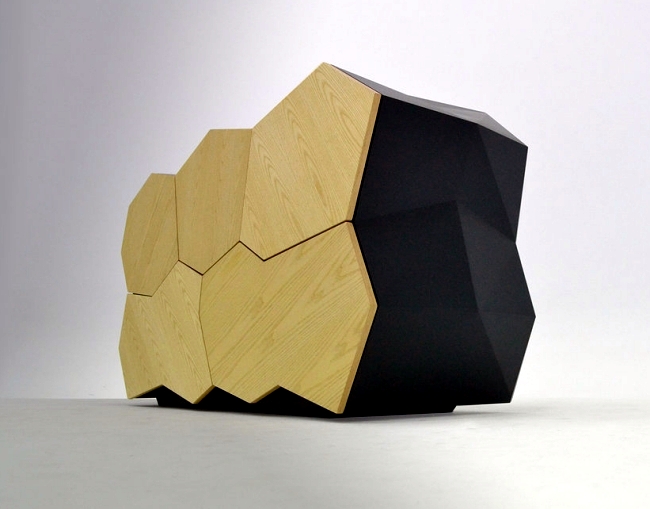 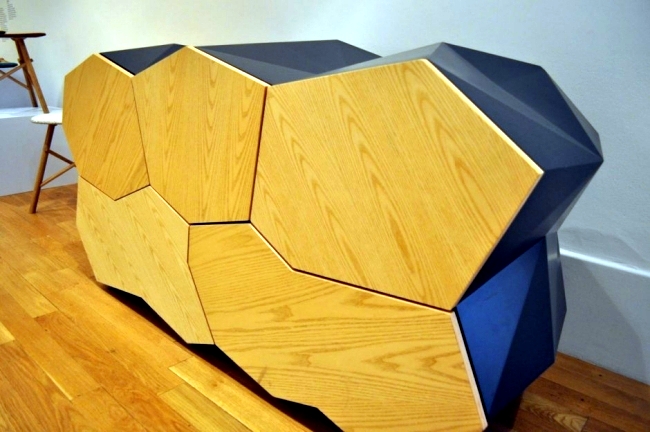 Forms of relief are presented as geometric facets 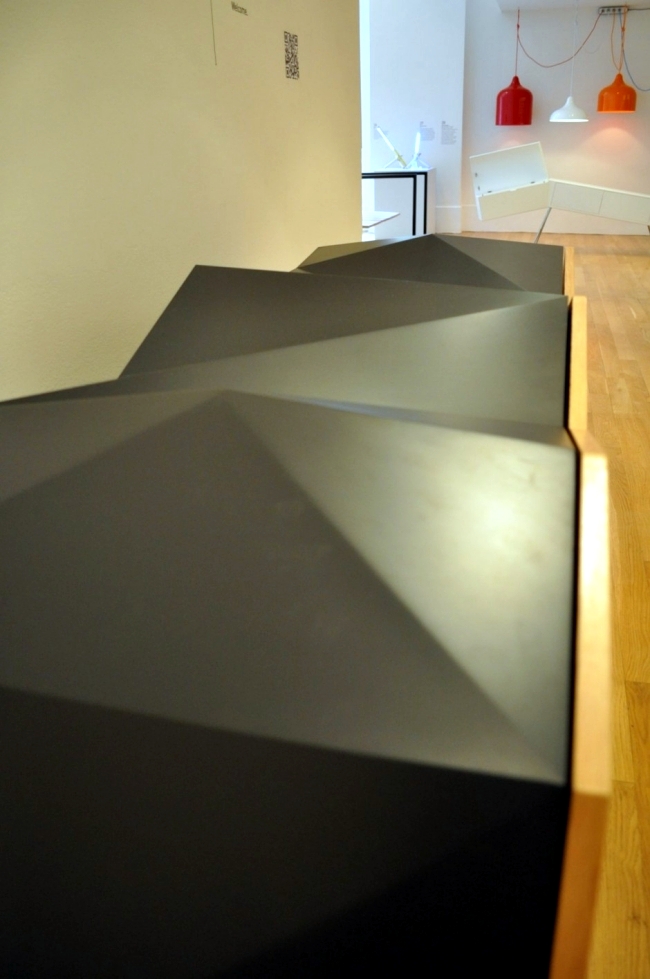 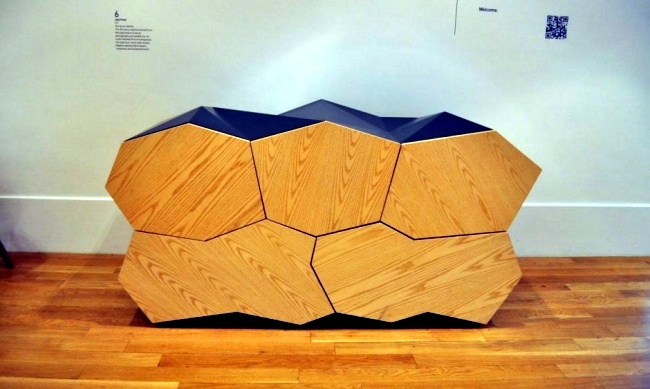 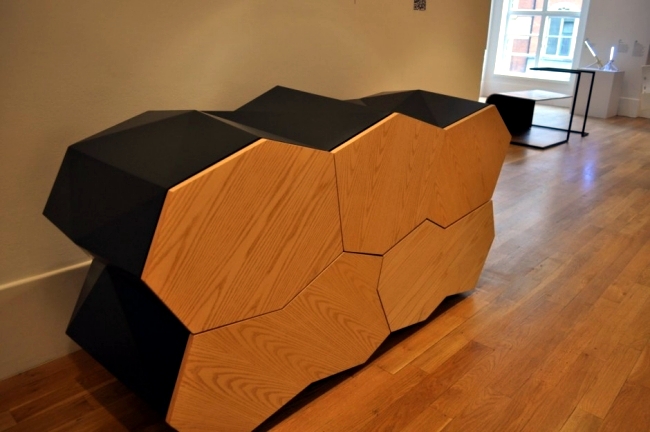 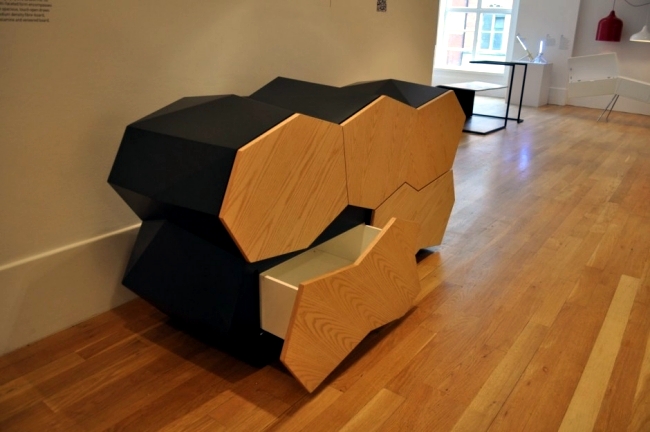 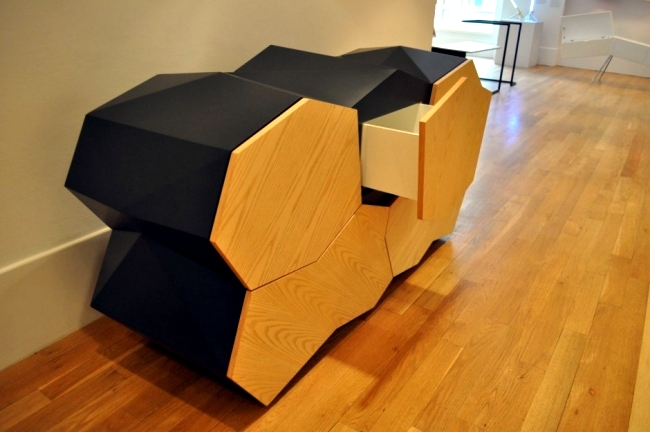 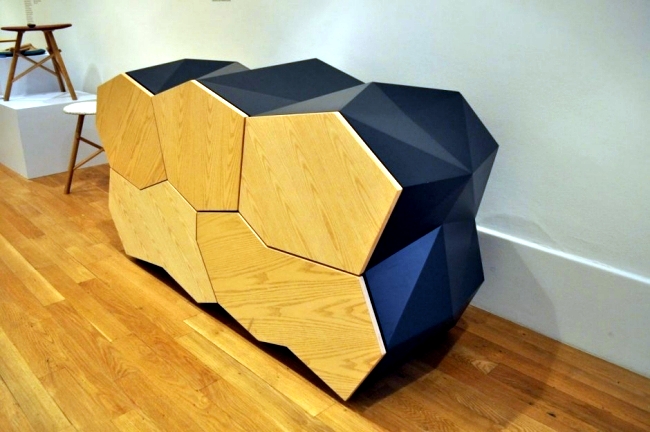