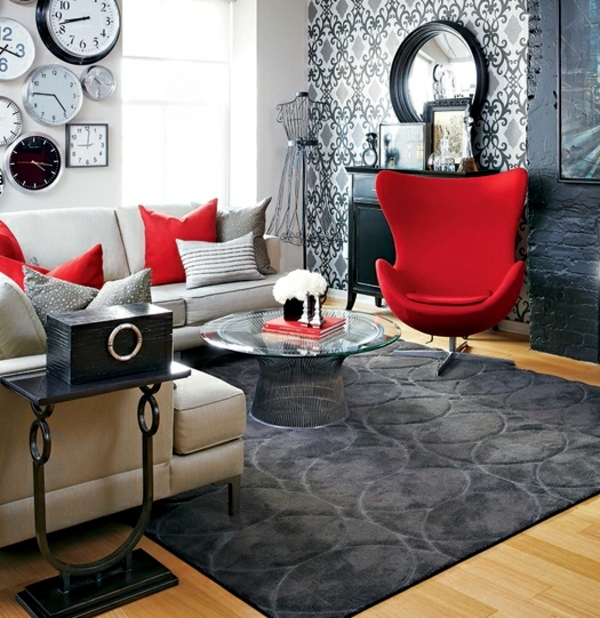 A charming apartment in New York has been completely renovated and received a new masculine look - with accents of color in fashion in black and red. As a designer Jamie Alexander, he was able to leave the apartment despite the dark colors look warm and welcoming here.

Small apartment with a stylish interior 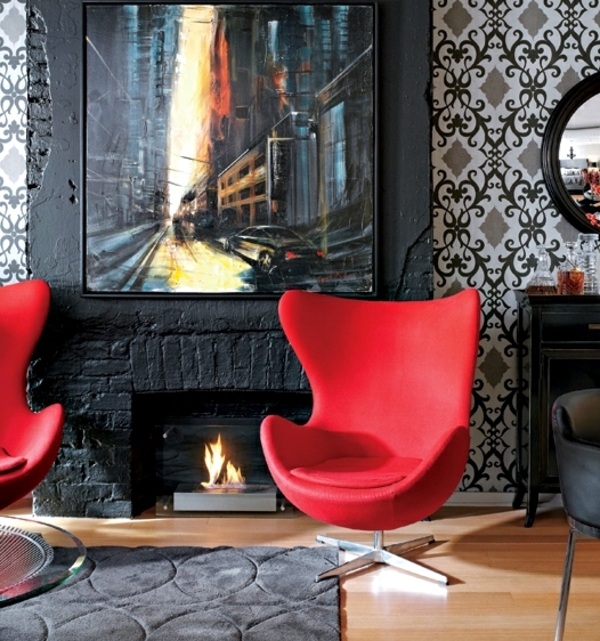 The owner Jamie Alexander bought a small apartment loft apartment that was formerly a gun factory. He ammunition for the first and second world war were made. Today is the new home of two friends. Thus, the small apartment is uniform, the interior designer chose a palette of neutral colors with red / beige and gray / the background and dark, black and shades of white. Furniture with clean lines and style of the 19th century compliment the overall look. The fireplace was in a bad state, so the designer has deleted this only in black and otherwise not changed much. 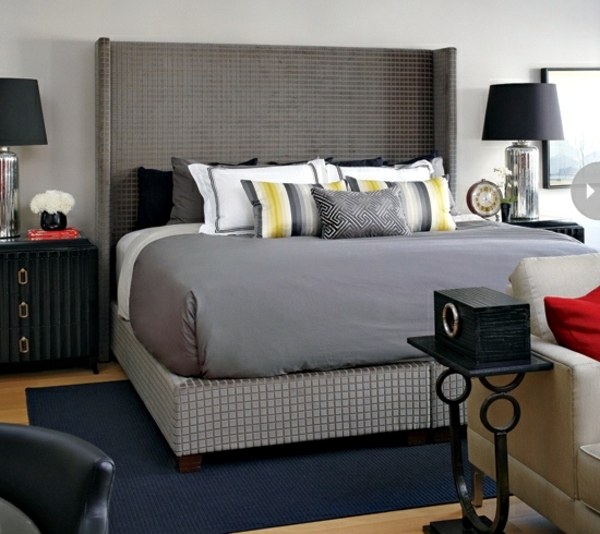 The small apartment but has much more to offer than decorating ideas chic - the designer has put his creativity to use the maximum space. Then the old U-shaped kitchen has been replaced by a new kitchen in the style of the gallery. Thus, over the cooking surface remains free, small kitchen appliances were installed. A cutting board close provides extra work surface. Has also been decorated with kitchen utensils in red. Original ideas offer extra storage space in all areas of the house - in the hallway, in the kitchen, even in the bedroom, where a cupboard which houses not only clothes, but also television. A large wall mirror visually makes the room appear wider.

Large round mirror in the bedroom 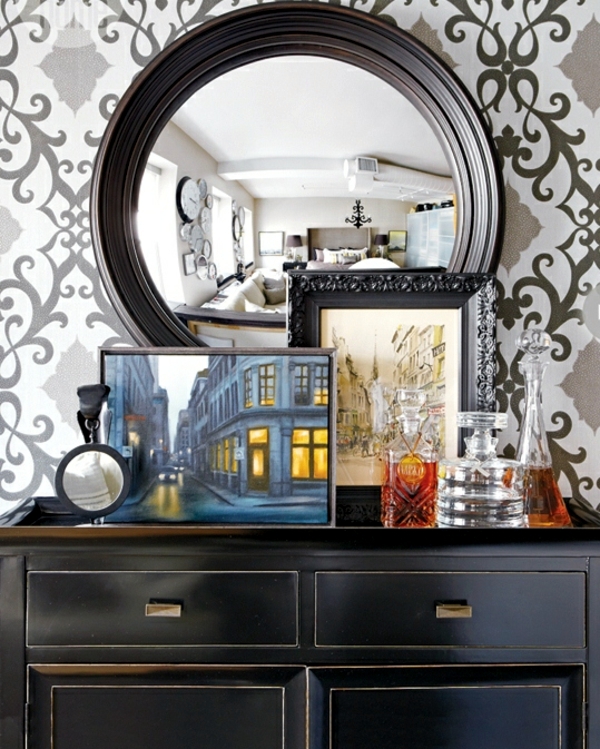 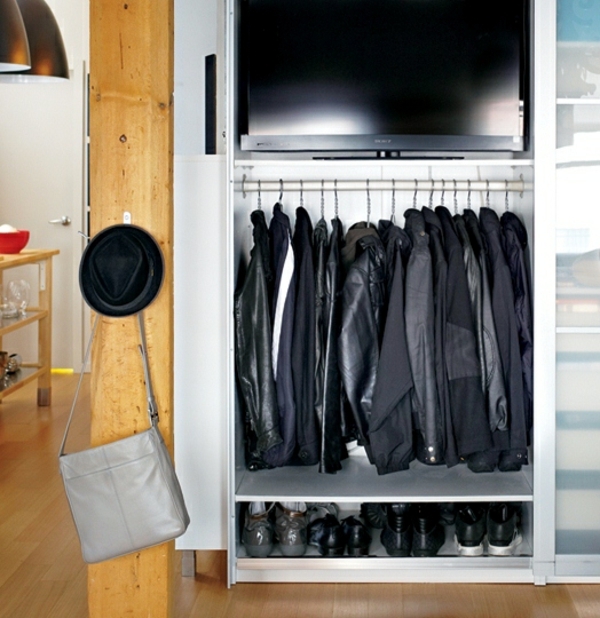 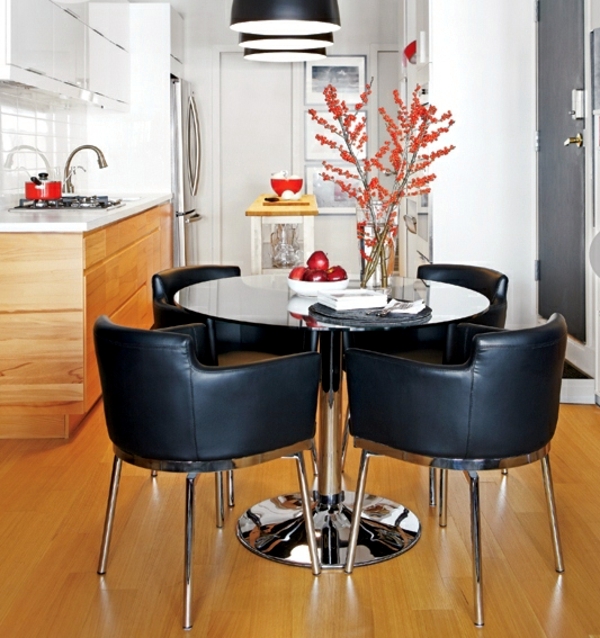 Cooking appliances and computer room in a 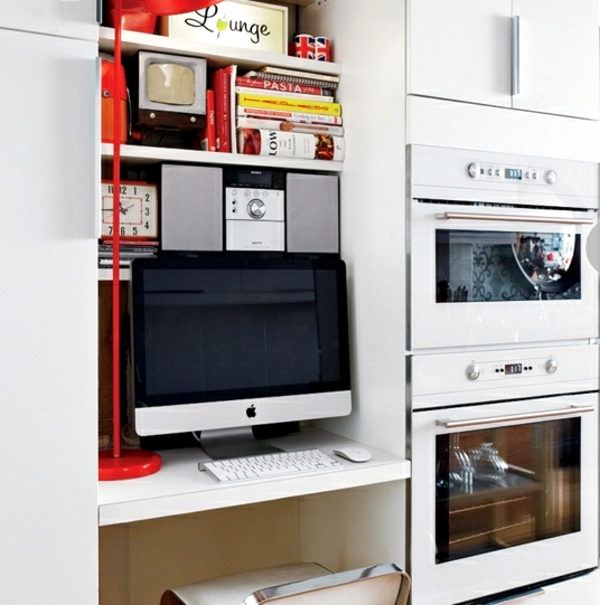 The storage space in the hallway 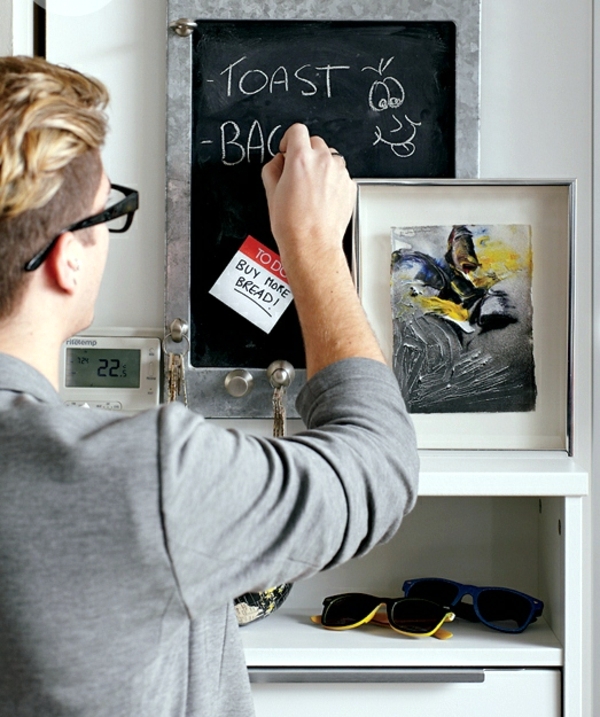 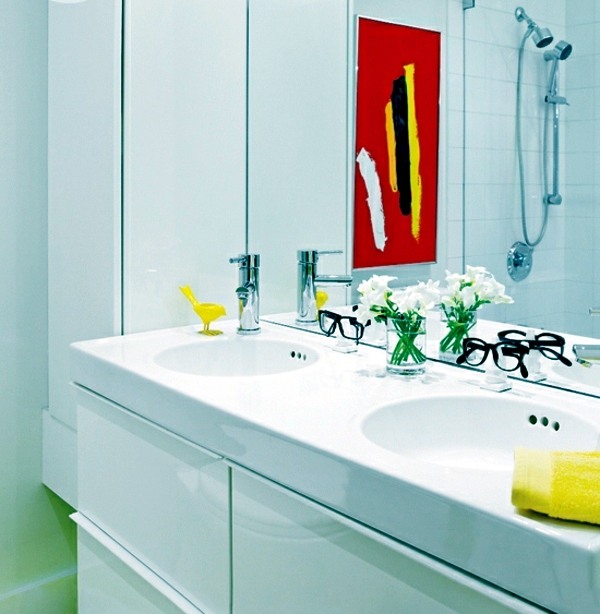 Cooking utensils in red accents in the kitchen 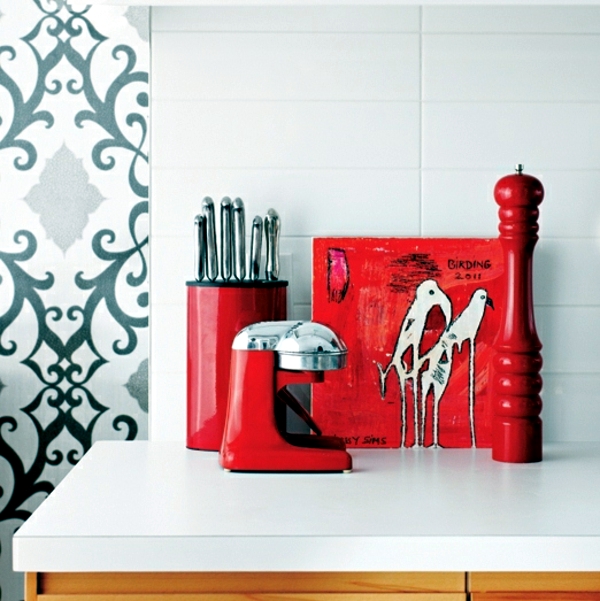 The designer with the client 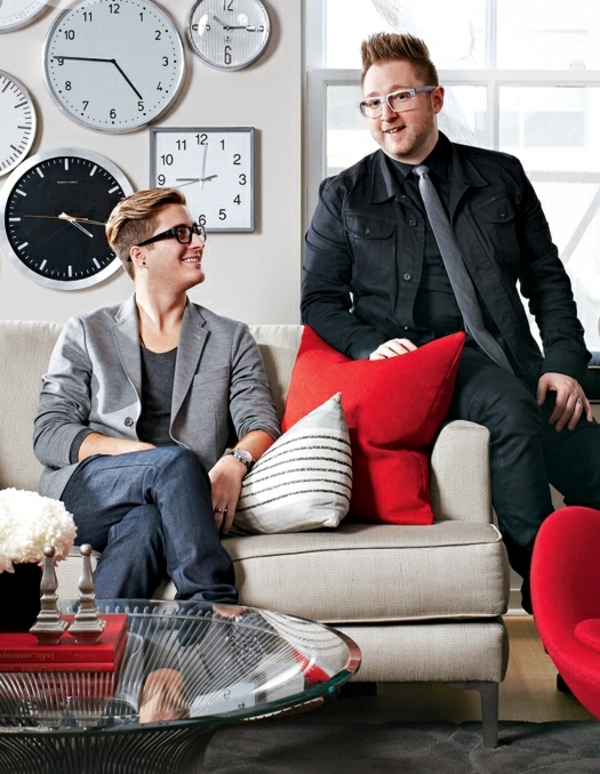