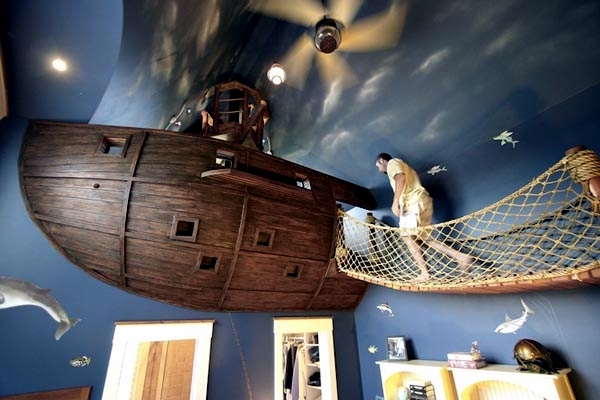 Sometimes dreams come true! themed rooms are actually very popular with children. A six year old boy is perhaps the happiest child in the world - in his native design Steve Kuhl has built a real pirate ship! Be inspired by the photos, if you want a pool of inspiration for your kids. 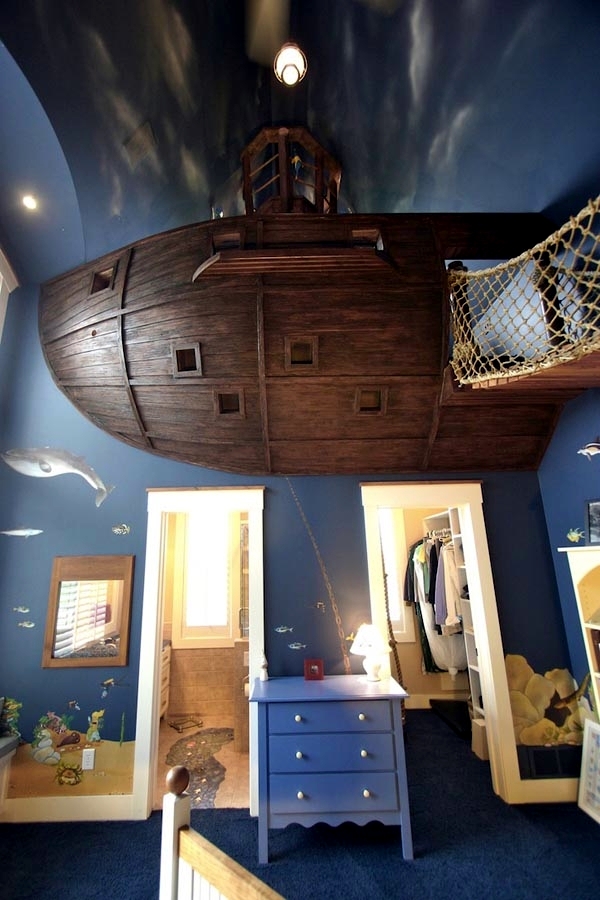 When children are Kuhl let his imagination. There was a great atmosphere, with all the accessories pirates. Children bedroom retreat has a large indoor water slide and a paradise of game for children and adults. The pirate ship was designed in detail. Fortress prison and also not to be missed! The children's room has been transformed into a real game room. Clouds, dolphins, sharks and fish adorn the walls and get just the right charm.

The children - remain in the pirate ship 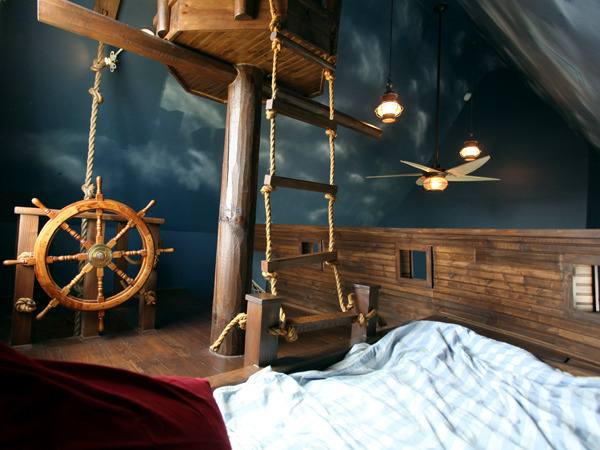 Who wants to make a nursery pirate, should think about the details! The project of Steve Kuhl is a good example of detailed planning. No sketch can imagine the size of the ship barely imagine. Even entering the room you crave adventure sea is just the deck with a ladder and a true suspension bridge! The wooden pirate ship was built on top of the bathroom and dressing room. The highlight is the free hanging rope with rope knots - through a trap door next to the steering wheel and Ausgucker is hanging in the locker room. For safety reasons, it has also been thought of course. Parents can watch the kids through a small window on the corridor.

Nursery invites you on a wild adventure - Suspension Bridge 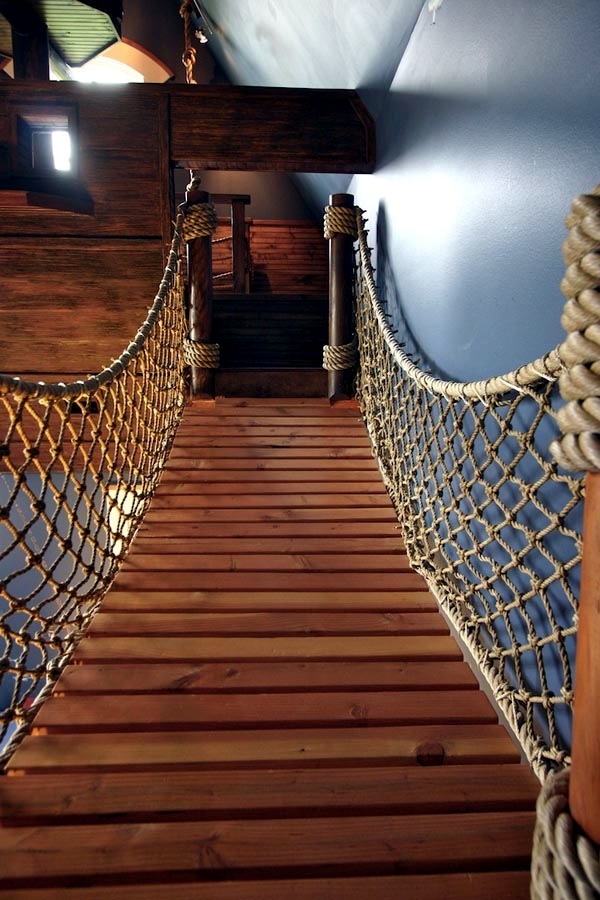 The designer Steve Kuhl has made ​​the dreams of children 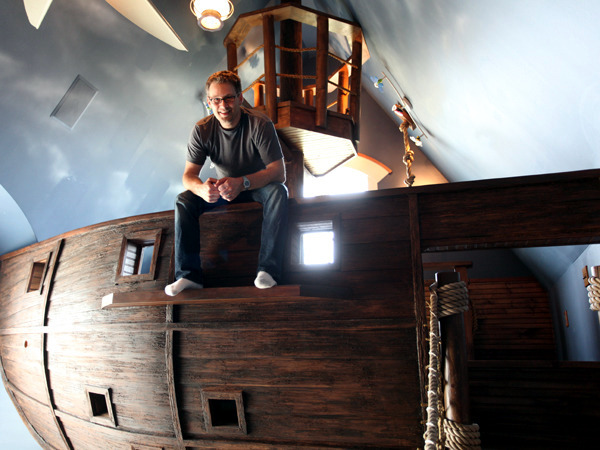 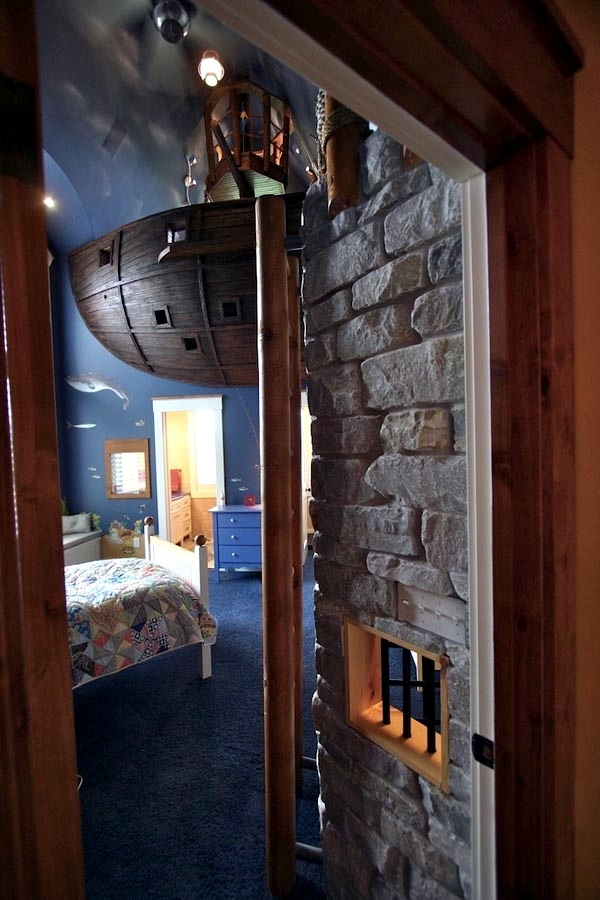 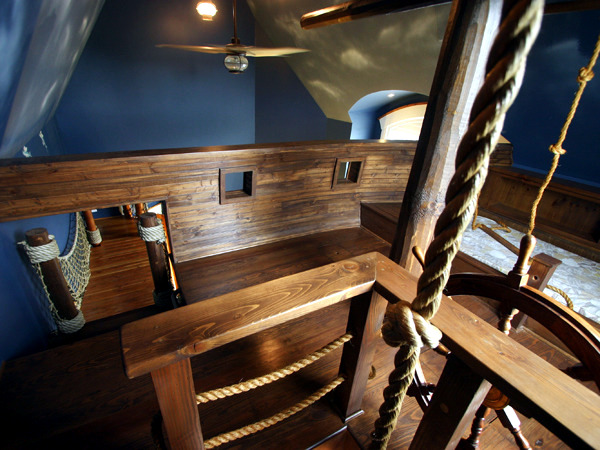 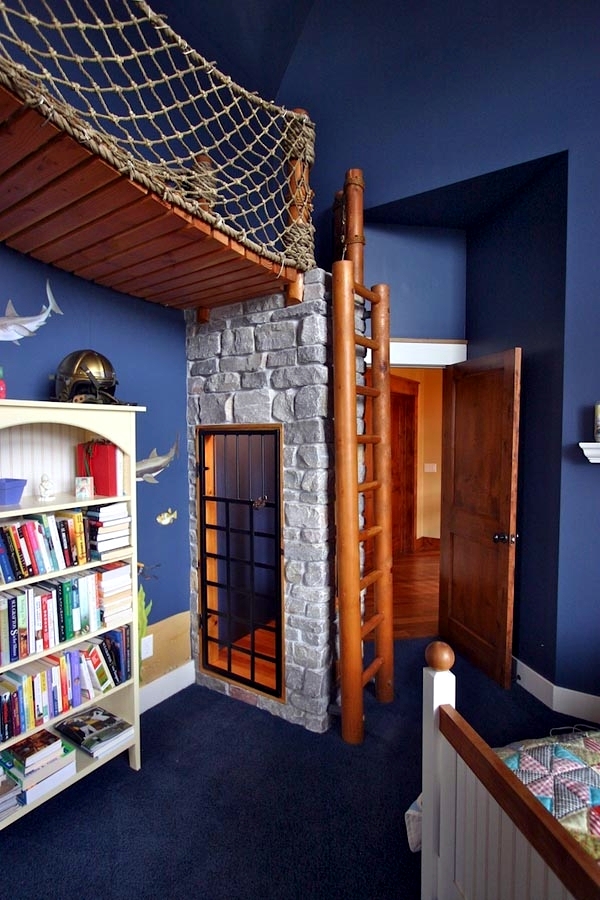 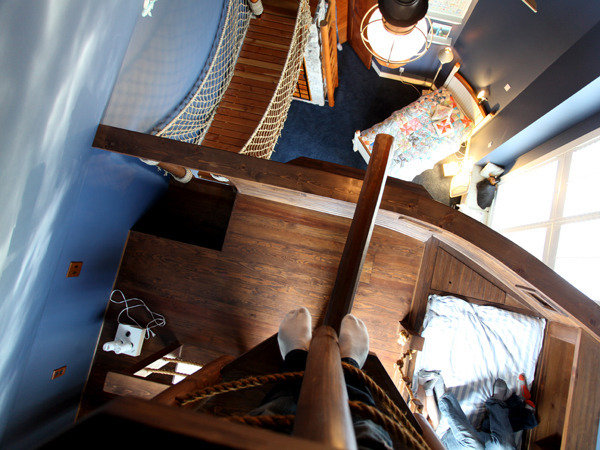 For the children's room - Living in the pirate ship 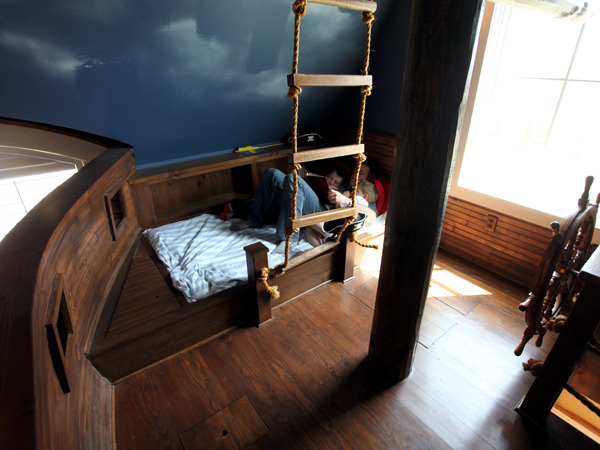 Pirates apartment for adventure lovers - the control tower and observation 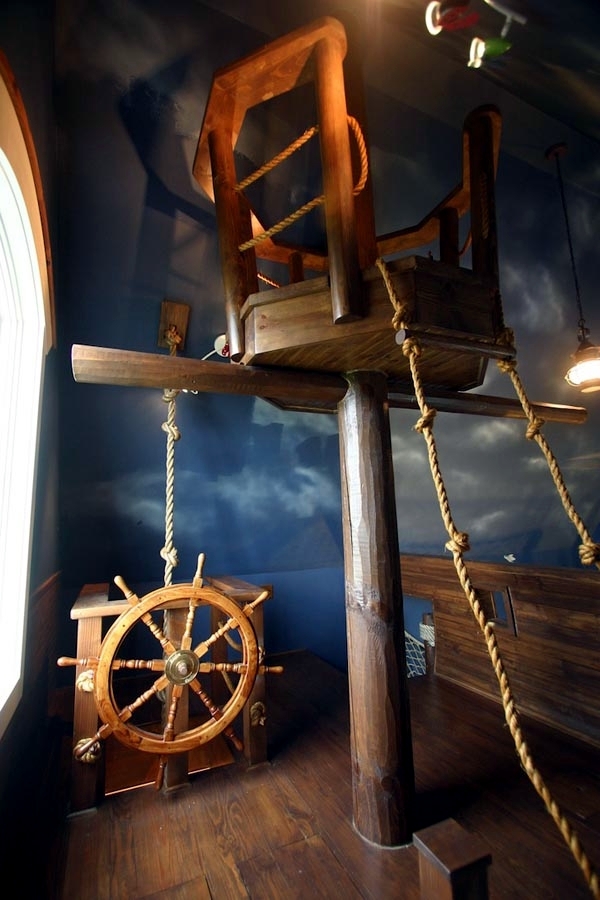 Through a hole in the floor that leads to the lodge 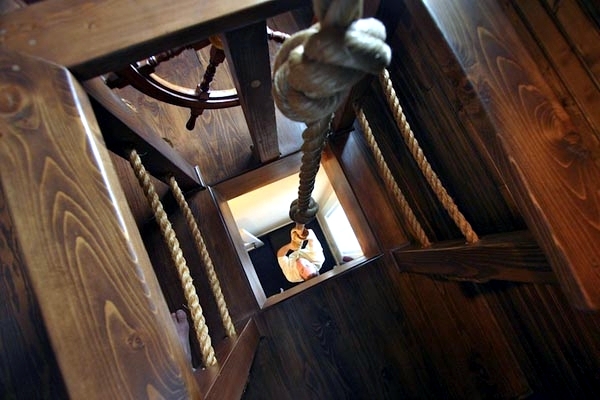 Build your own pirate cave 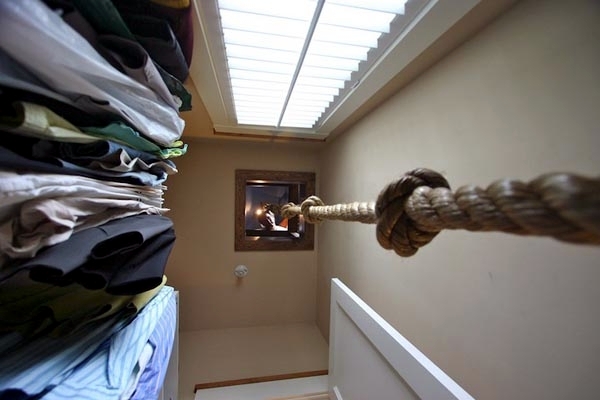 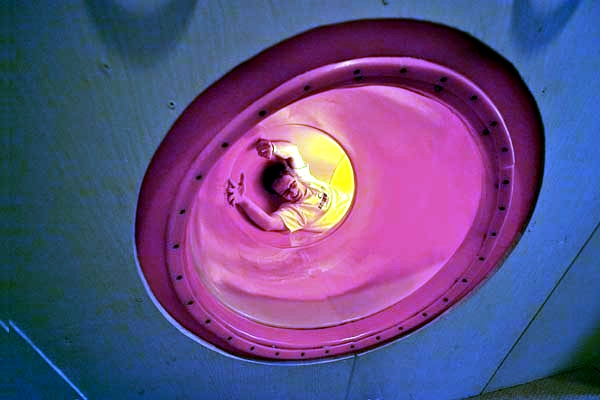 Build a pirate ship with slide in kindergarten 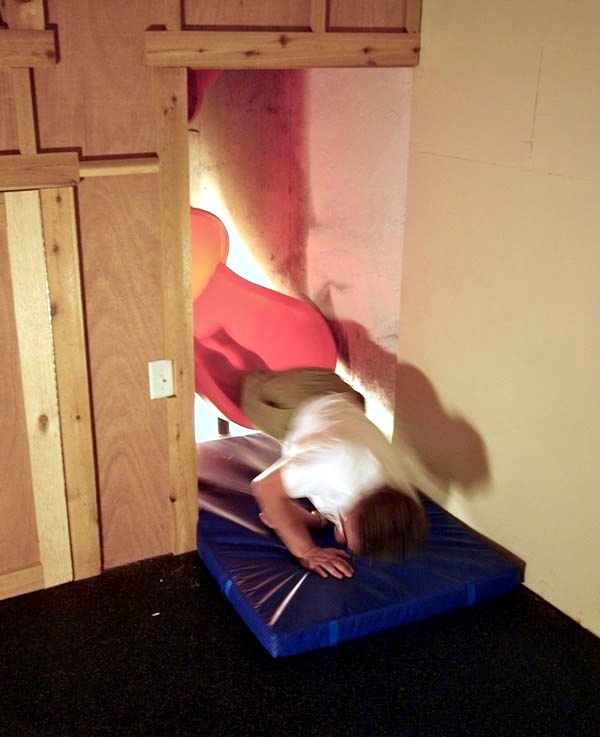 Watch the kids play through a window 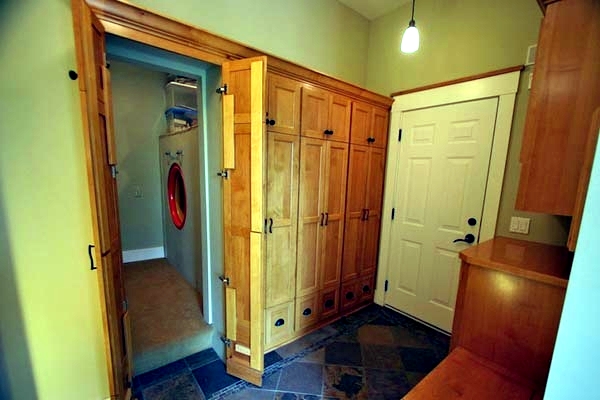 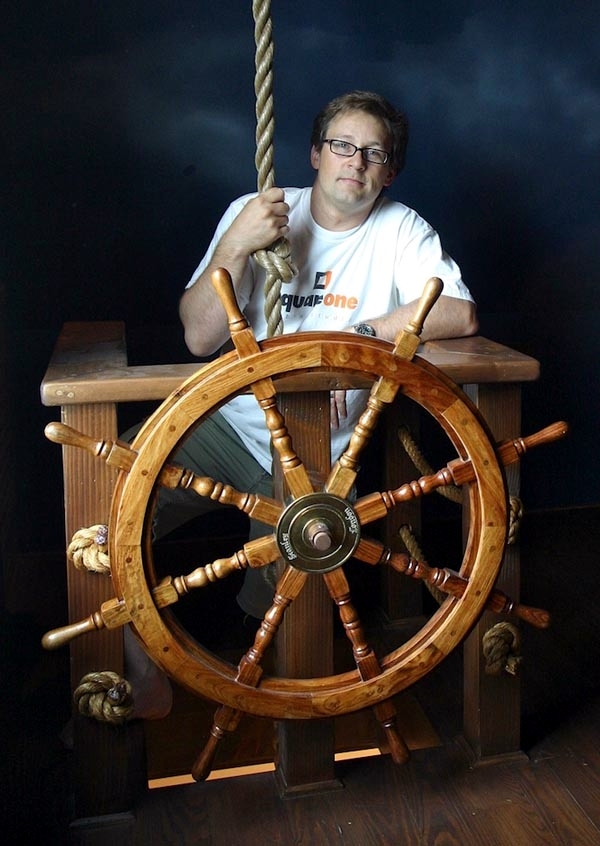 Building the inner rail in the nursery 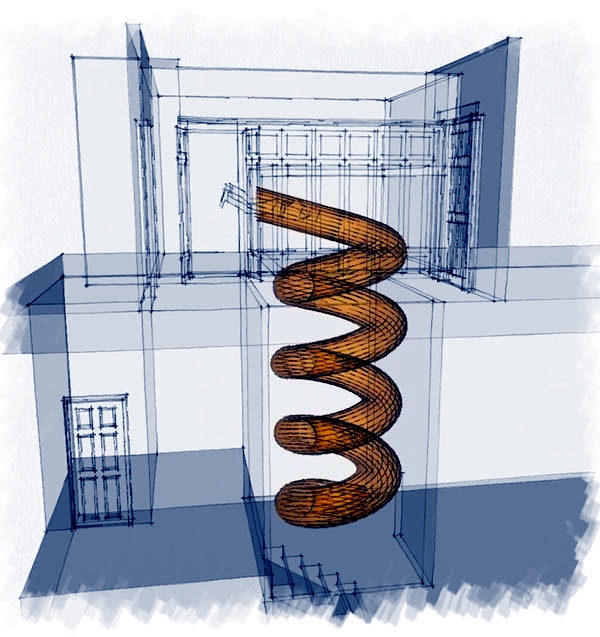 Pirate ship as a bedroom 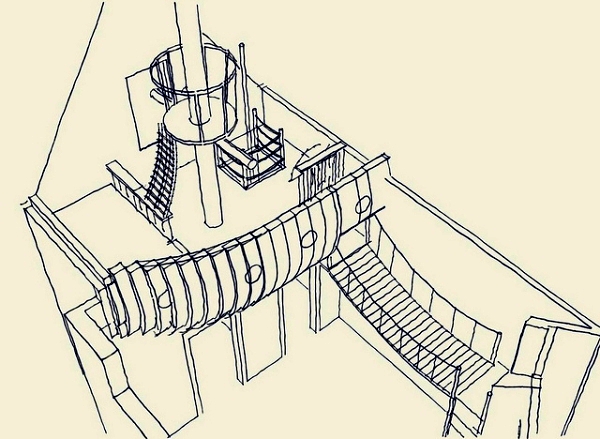