The suspended ceiling is not only functional but also very stylish. We present you with an idea inspired by origami design art menu. 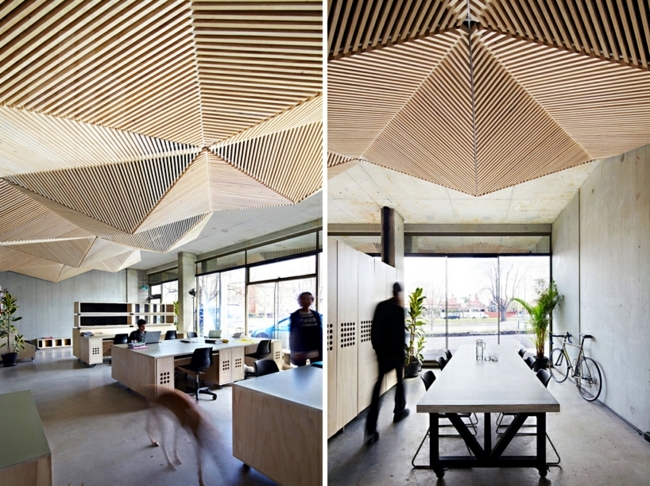 An original suspended ceiling quickly became the highlight of inside a studio. Creative form of ceiling can be explained very simply - they should be numerous tubes, fire sensors, smoke detectors, and hide, and not without disturbing the operation of the systems. The design team up with the support of local handymen Goals / Photos by Tanja Melbourne project /. They began to fold paper original triangular shapes. Ultimately, five models were created, which were then repeated eight times the length of the ceiling. The various components were made of wood, then mounted. The design is complemented by the skilful selection of furniture and the wall design. The furniture is a special order - all the tables, walls and chairs are equipped with wheels, which allows for some flexibility. At events or workshops, the furniture can be easily set aside and the space can be transformed accordingly depending on the purpose.

Suspended ceiling is a highlight in the interior 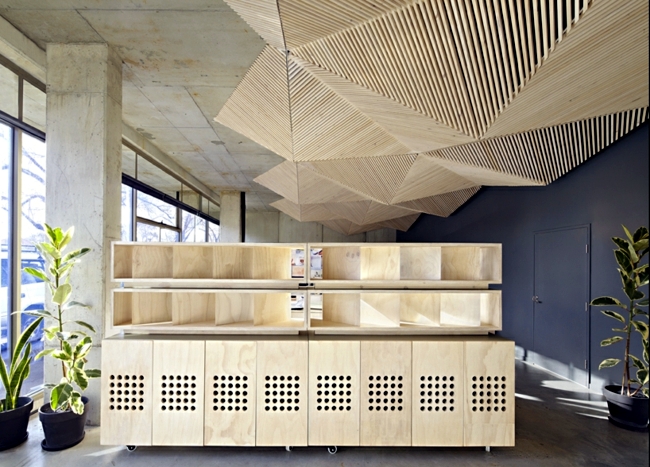 The bright colors of the furniture and hanging ceiling light is in contrast with the dark wall concrete. Not only are the colors accents the interior, but also the choice of materials. The rough appearance of the concrete wall reveals the beauty of the building and can absorb sunlight / desk know in Melbourne, located in Australia, where the sun shines bright /. The timber fits perfectly in the system and created an architectural aesthetic. Sustainability is a key priority in the design - the timber has been specially selected and edited with non-harmful substances. The office space was made from Marmoleum. The material was used in 60 years as flooring. The floor to ceiling windows allow plenty of light into the office, which reduces energy consumption. The office needs virtually almost no artificial light. 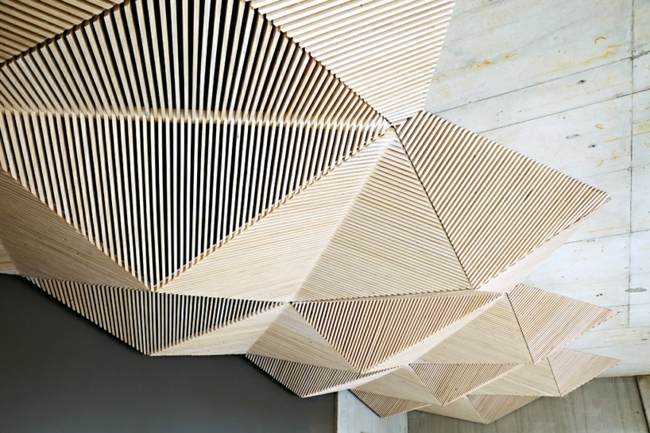 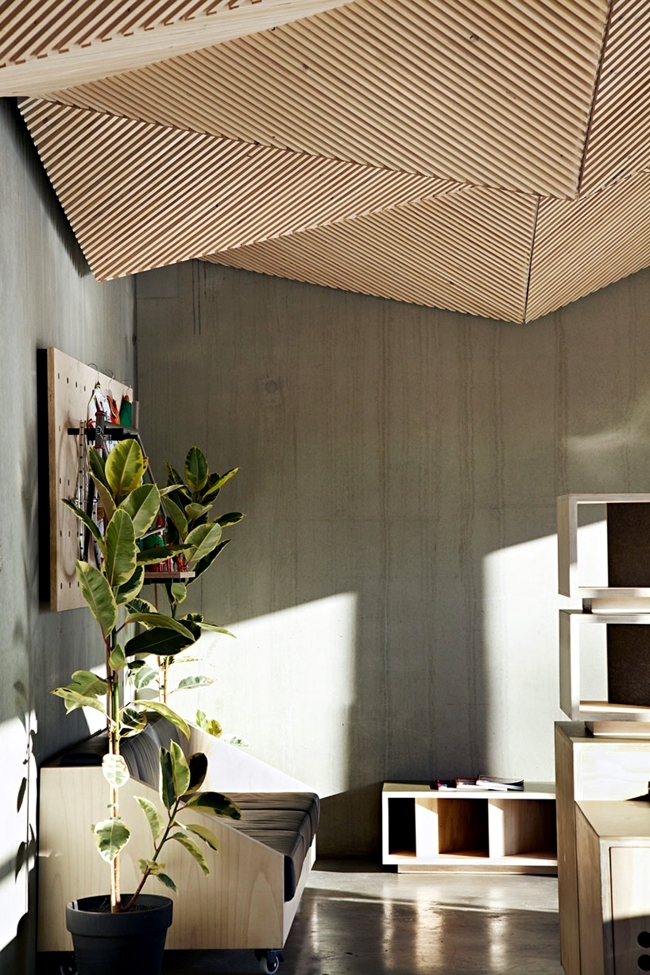 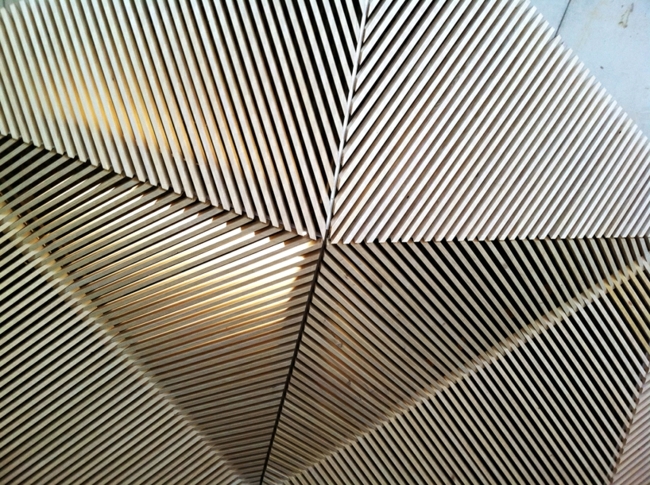 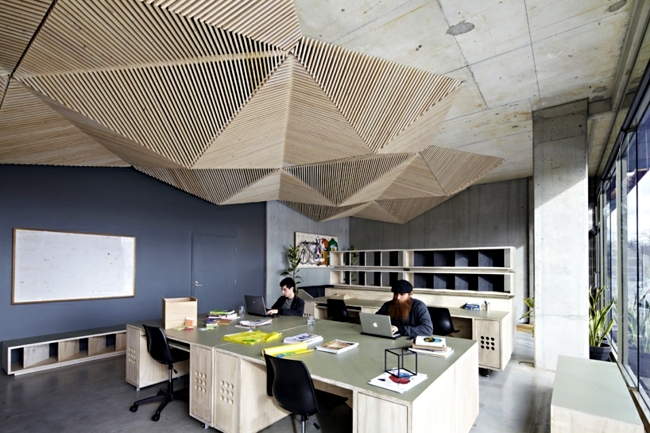 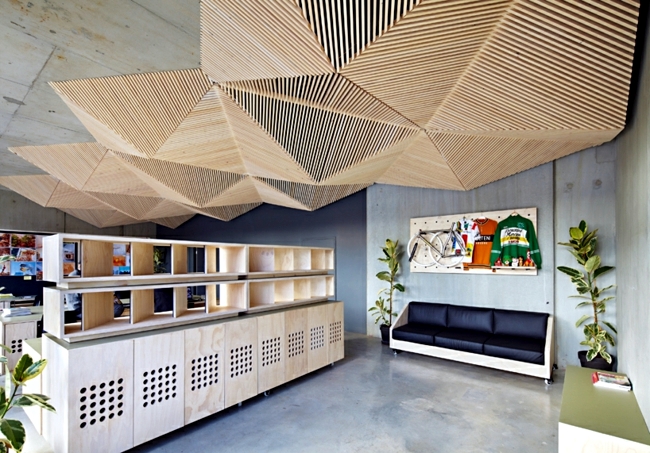