Establishment Studio – inspired by the idea of ​​gothic culture 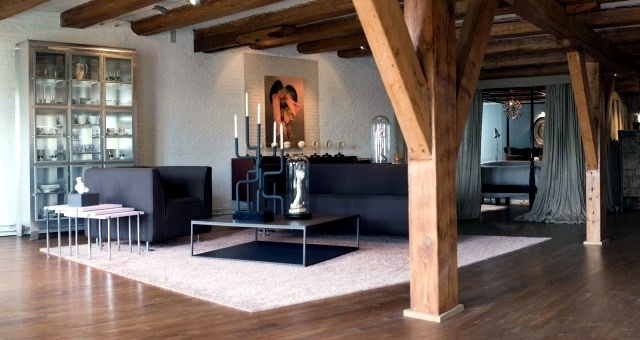 You want to set up their new studio and looking for ideas on how to distribute the space of meaning? We have discovered an extraordinary inside of you might inspire you. 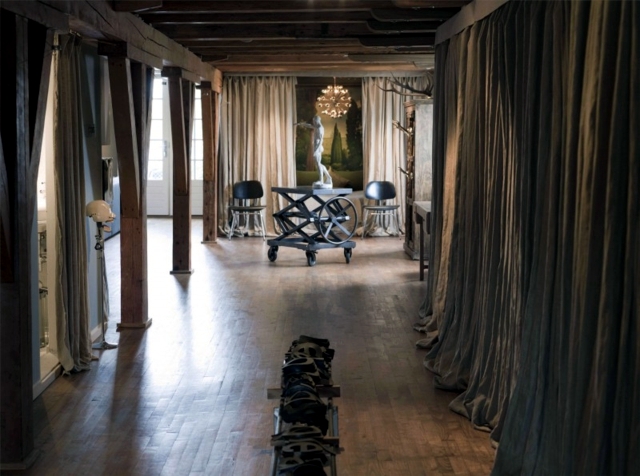 Located in a former warehouse space in the 18th century, near a canal in Amsterdam, this study is a perfect example of seamless connection between tradition and modernity. The owners bought the office of architect Uxus the task of changing the current structure of housing as possible. The creativity was necessary for the project to open up the living space is divided useful without the walls of buildings. Linen curtains optically separate apartment - fabric made of light in the sleeping area and at the same time protects eyes from strangers. This is ideal for those who want to set up a studio and delineate the sleeping area visually. 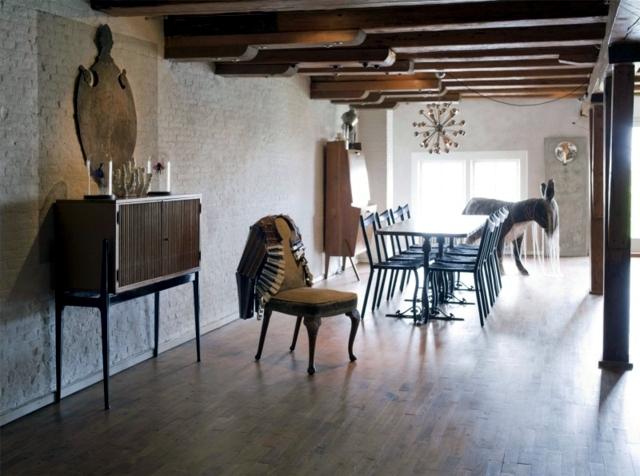 The unit itself was influenced by the Gothic culture - small windows typical of the old buildings of the 18th century inspired the architects of their project. Rustic furniture in the style of the period were combined with images of the Victorian era. The brick wall was painted white treated. White paint is in stark contrast with the furniture blacks. They have been decorated in the Gothic style - with skulls, birds, and other loans that traditional culture design elements. Accessories for exceptional home give the interior a touch eccentric. However, the basic principles of layout and simple device can be useful for those who want to set up a studio - whatever the style!

The living room is divided by curtains 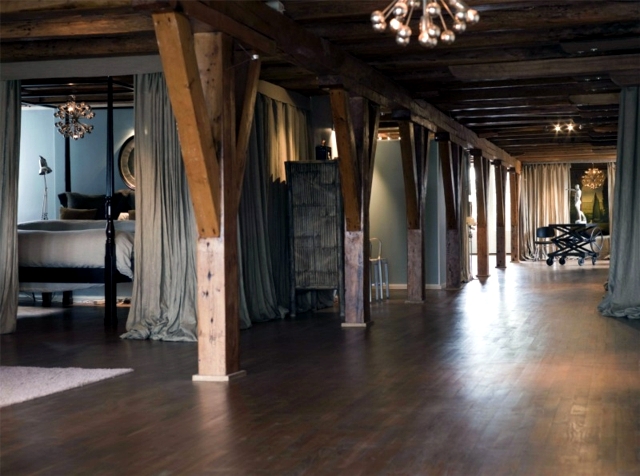 Furniture blacks are in contrast with the white brick wall 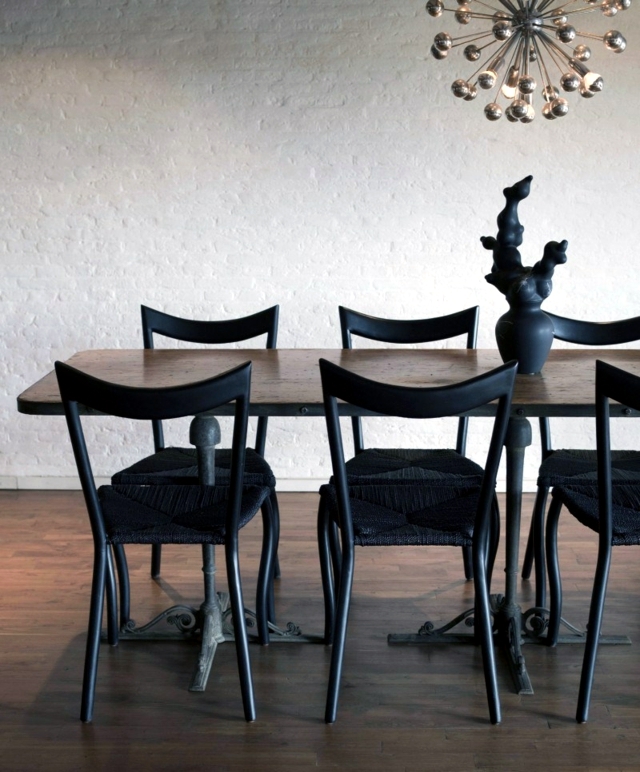 Furniture and accessories from the Victorian era 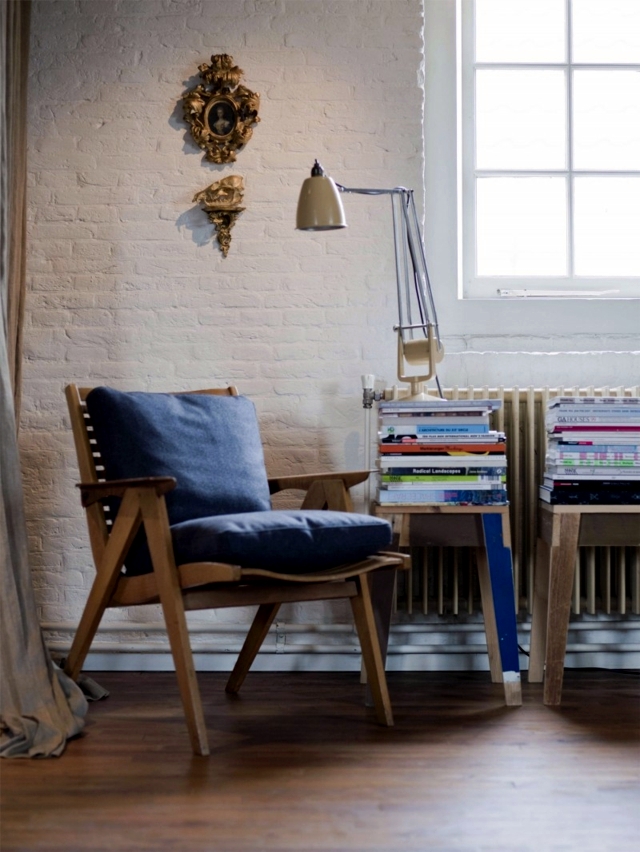 Rustic furniture in the room 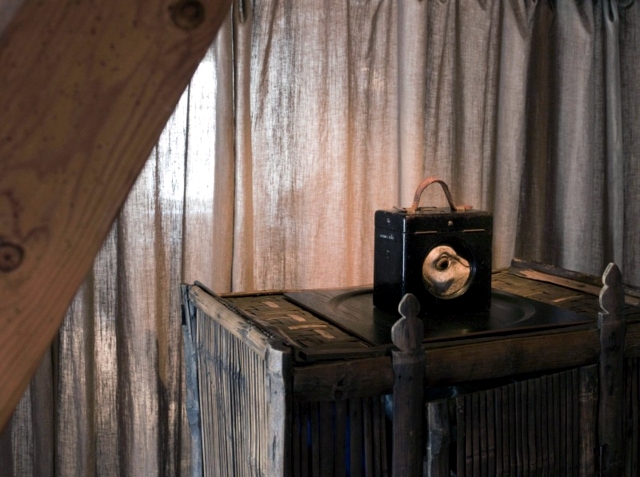 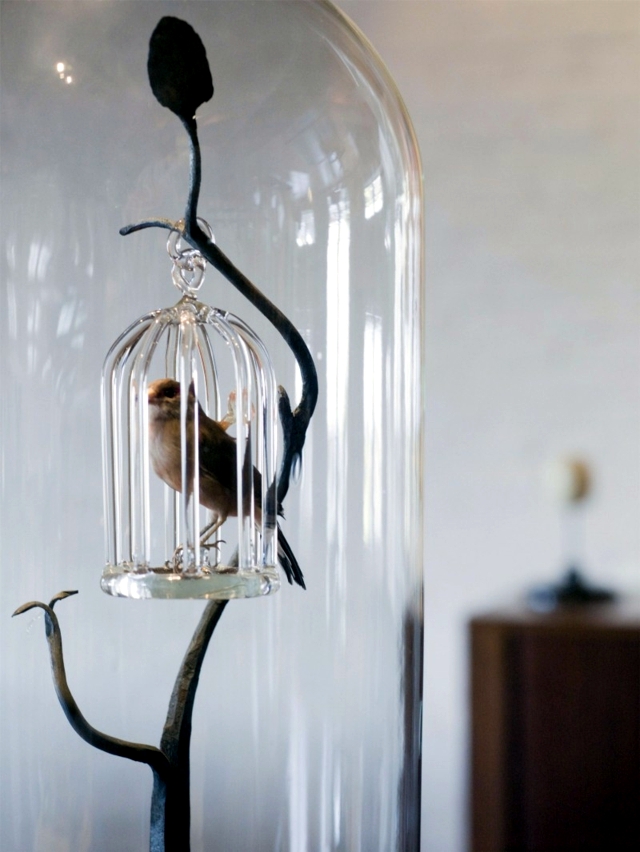 Beautiful pictures on the walls 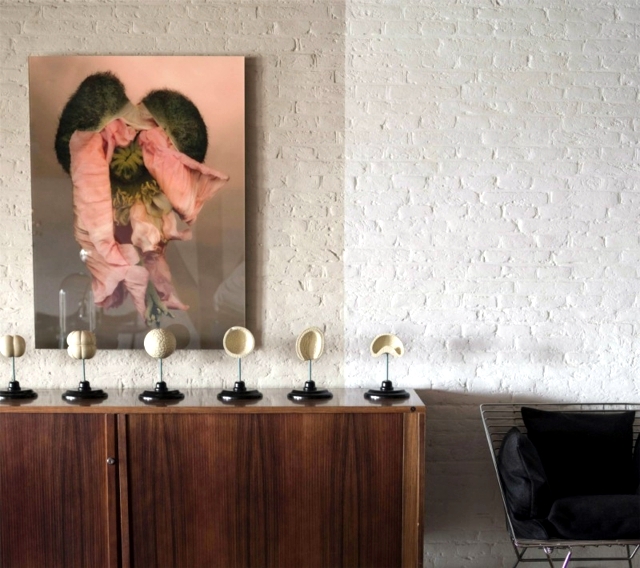 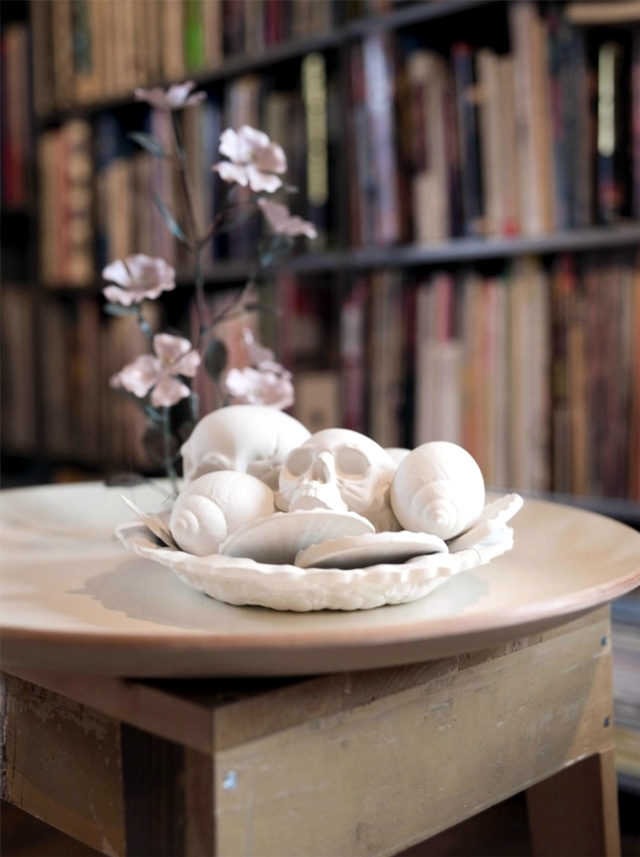 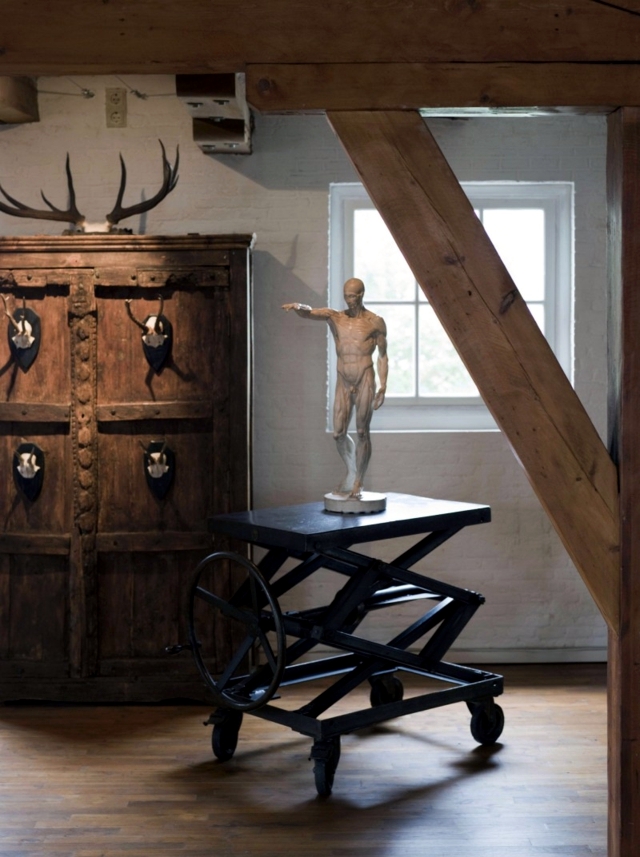 The wooden beams have been restored 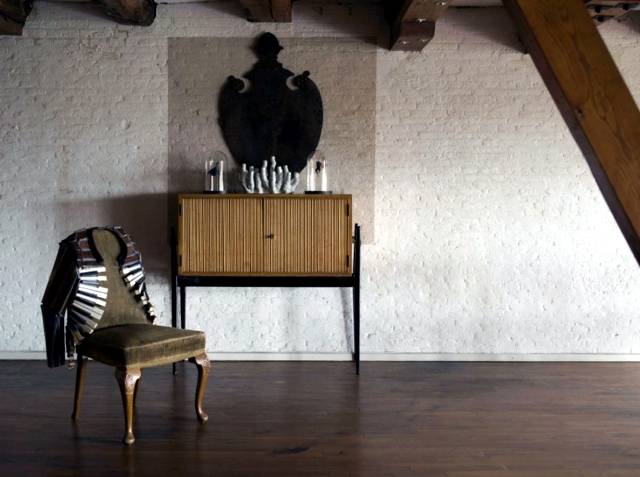 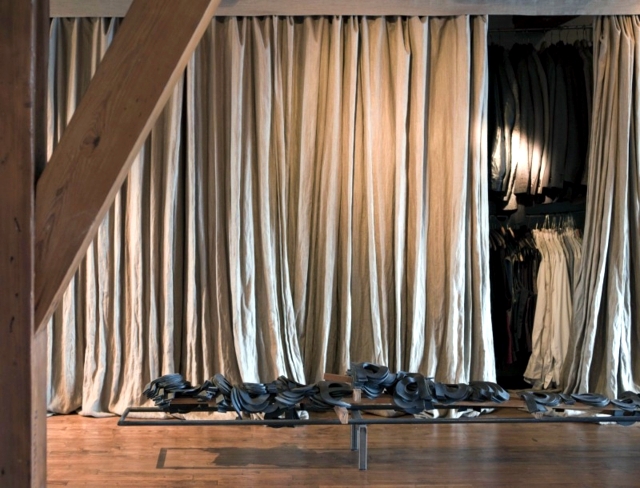 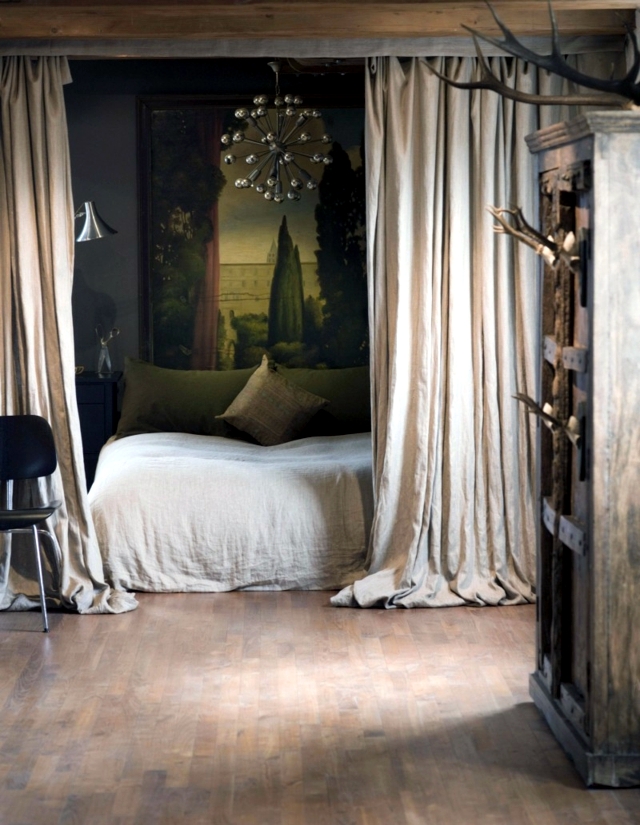 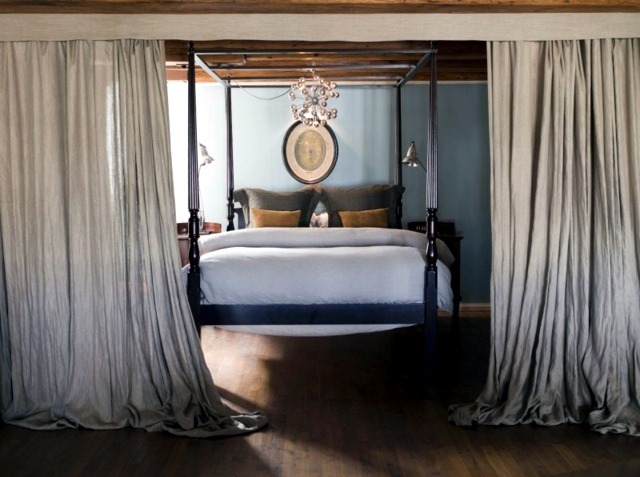 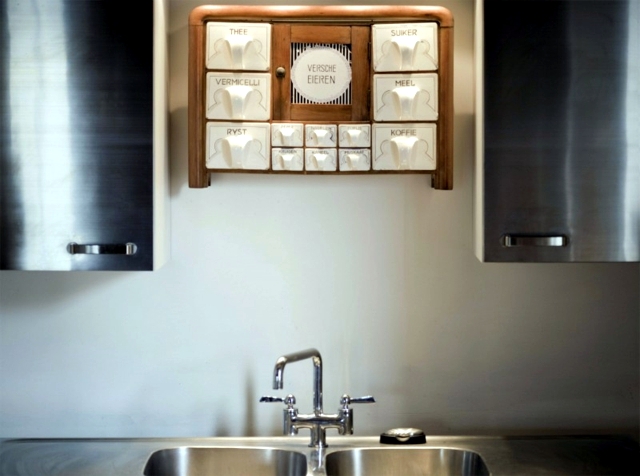 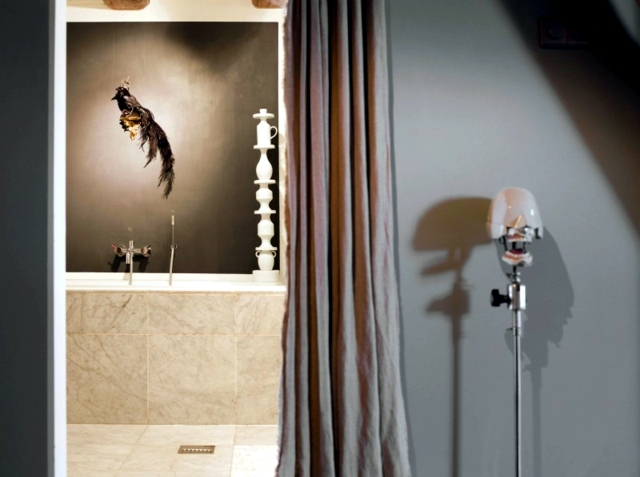