Beautiful sculptures of flowers decorate the park in Mexico 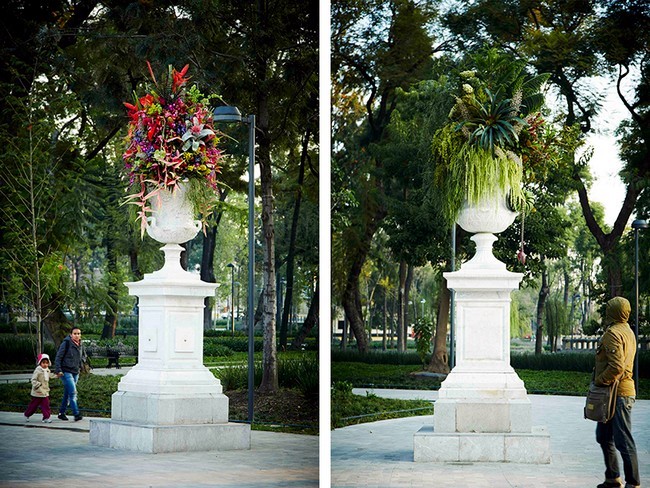 Beautiful carvings of flowers in the center of the big city 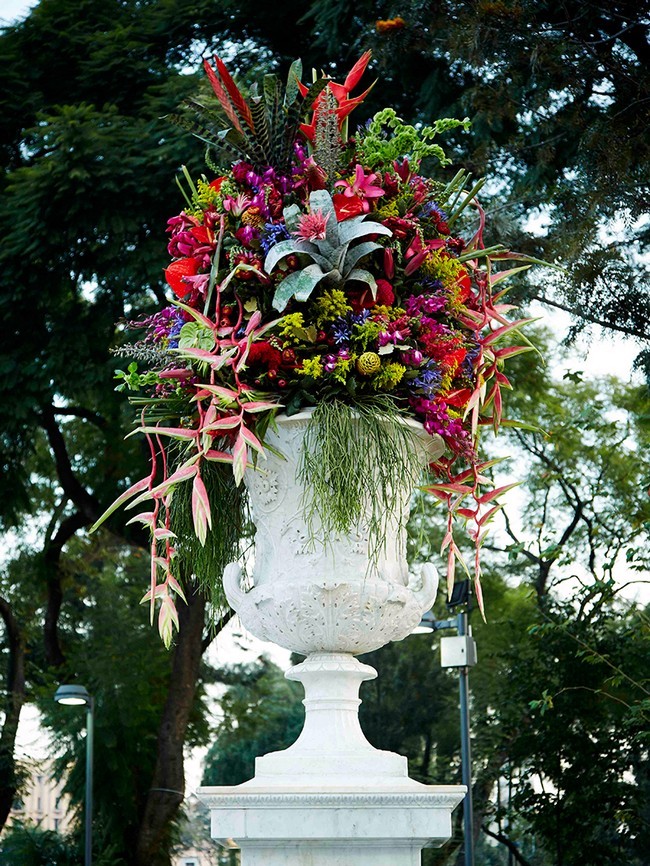 As part of an art exhibition Florist Japanese Makoto Azuma has organized two sculptures of flowers. Located at the entrance to the city park, the sculptures were called tourists and locals welcome. The park is one of the largest green spaces in the city - and its brand are 10 large vessels - including 8 in bronze and two of marble. The marble vases, the artist has organized its flower arrangements. The first was inspired by Mexico. The sculpture is a mix of native plants and exotic flowers. The arrangement seems happy - and reflects the temperament of Mexicans oppose perfect. The second project is inspired by Japan. Entirely made of green plants, is influenced by the minimalist style of the country.

Sculptures of flowers symbolize the bond between man and nature 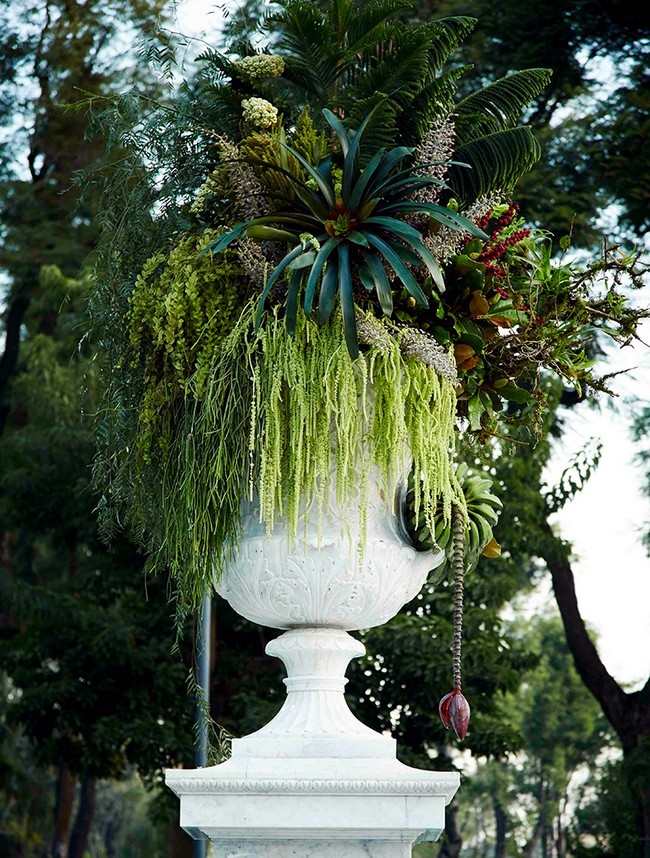 Mexico and Japan are far apart. But one thing, the two cultures in common - they offer a lot of value on nature conservation. Sculptures made ​​from the flowers of Japanese florists symbolize the bond between man and nature. Its provisions have served as inspiration for many artists from all over the world. Also as part of the art exhibition of Japanese organized a one-week workshop for them, presenting interesting new techniques. Over 40 participants took part.

As part of an art exhibition, the two flowers were presented 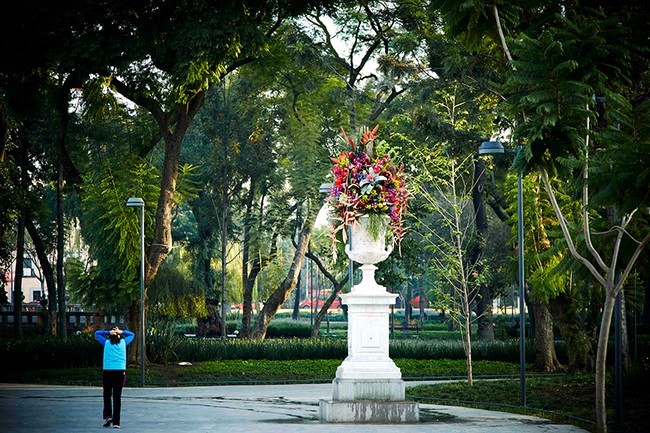 Azuma Makoto work on his project 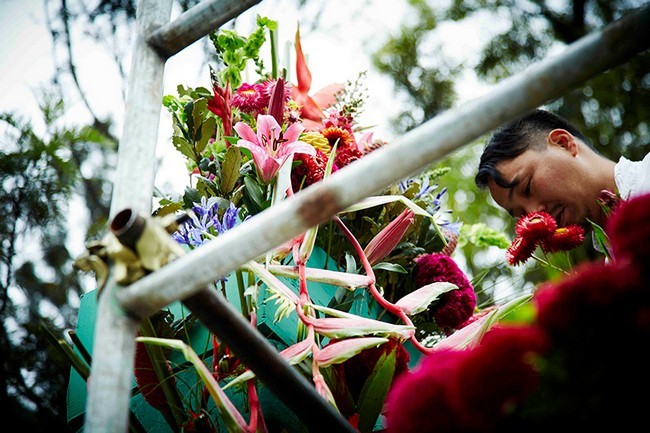 The design was inspired by Japanese art and nature 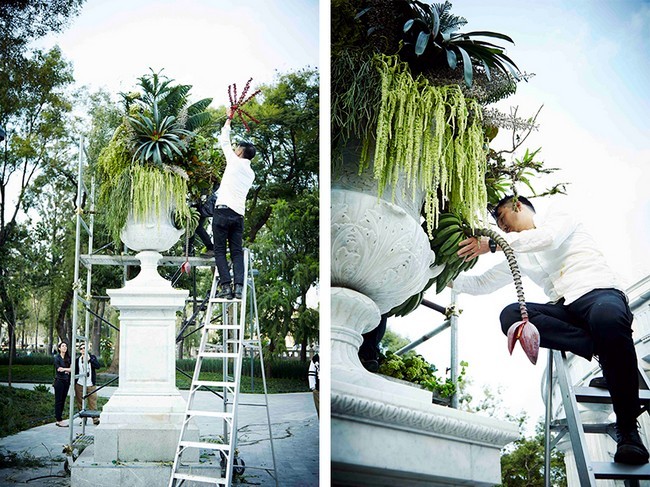 Local and exotic flowers and plants have been used for agreements 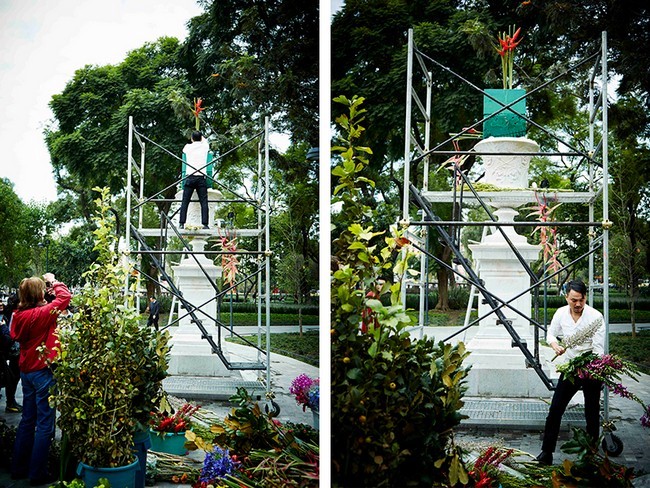 Colorful and gay - Inspired by Mexico 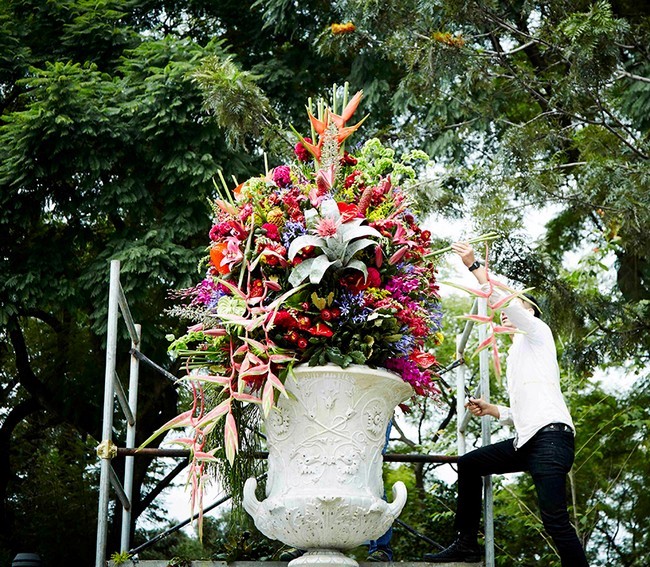 Within a one-week workshop, the artist has shown different techniques 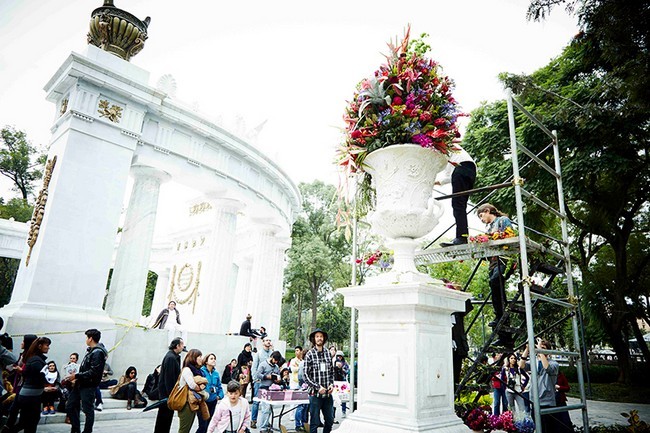 For each device, it takes a day 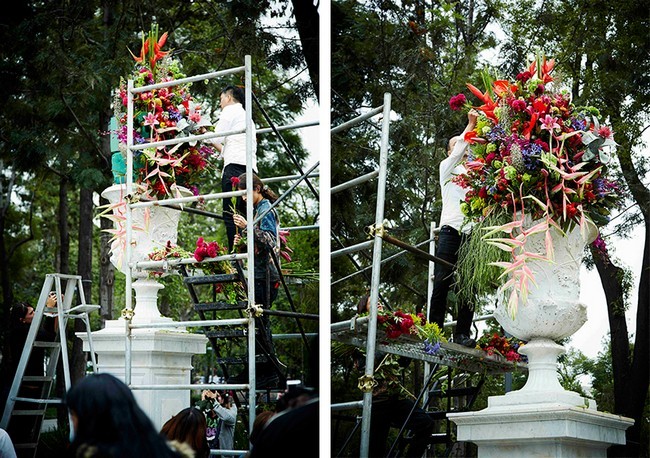 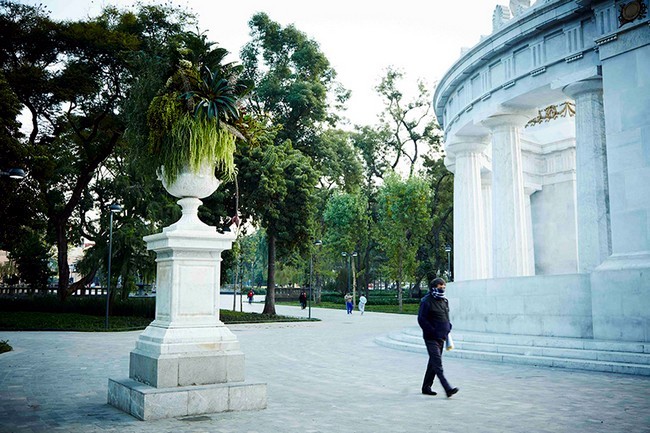 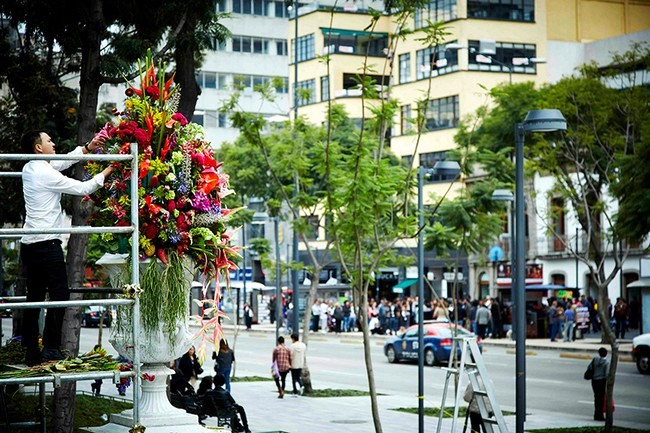 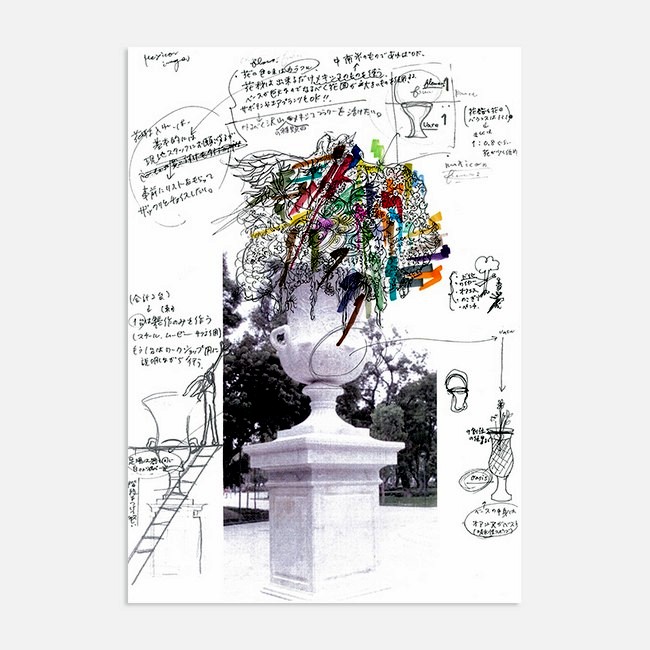