Current trends around the shower head and faucet shower design 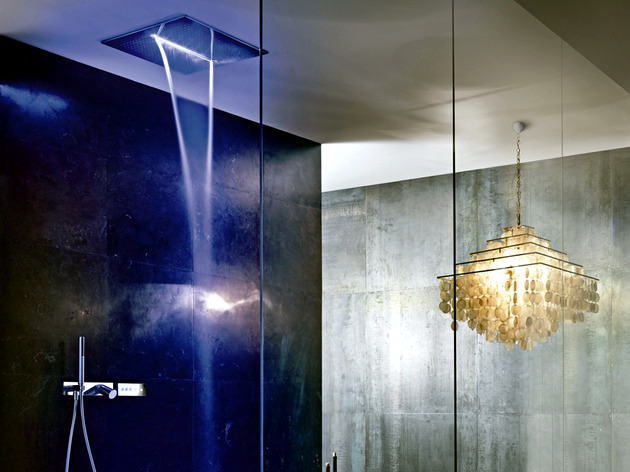 Bathroom design trends to grow so quickly that it is difficult to keep track of the changes. Today we present the innovations and technologies of interest to the shower and the shower faucet design. Designers focus not only on aesthetics but also on several features that we offer the best comfort. The latest generation of showers and faucets are both ultra modern and hochfuktional. In this collection you will find two unusual forms and new concepts such as integrated lighting LED, color change, color therapy and an MP3 player. 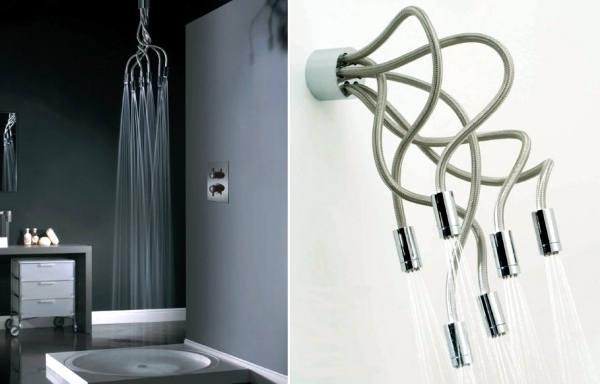 I go to this unusual design can be adjusted in the desired direction. The shower can be mounted on the ceiling or on the wall and offers great features in a modern and unique design. It seems that if you have the Medusa in the shower. 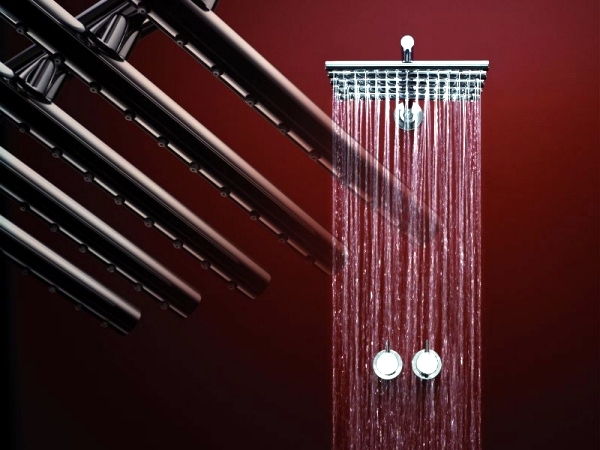 Rain Fly has a head with a symmetrical structure. The project organizes the shower water flows in parallel. A modern form for a modern shower. 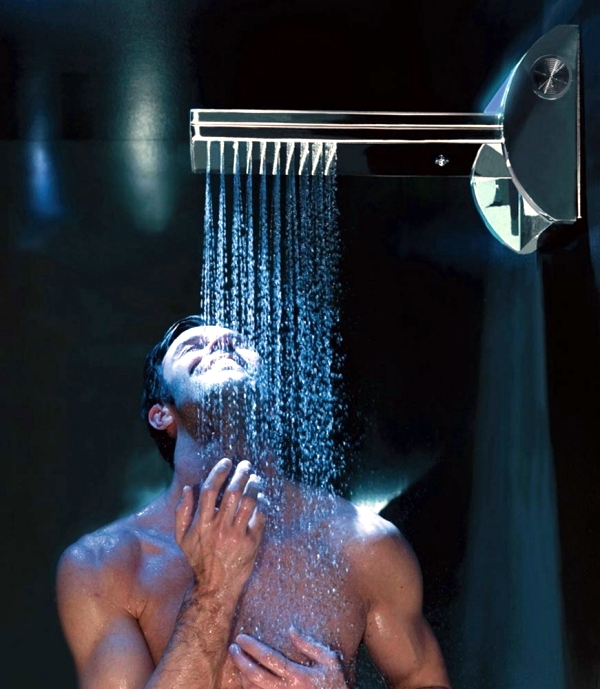 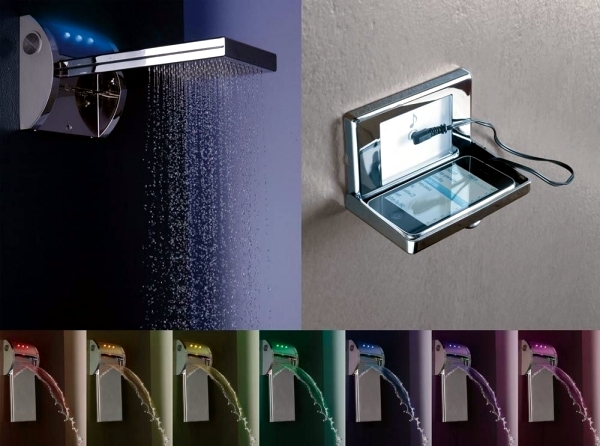 The shower Aquavolo Bossini can be adjusted to taste. You can choose between a waterfall or a rain shower, head of the cast. That waterfall or rain, this stylish design in stainless steel shower head will attract everyone's attention. Especially when you learn that comes with color change and an MP3 player. 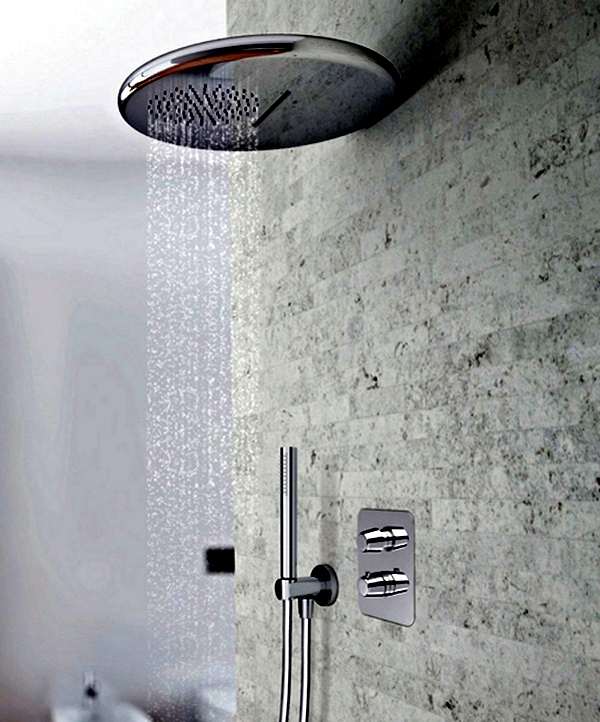 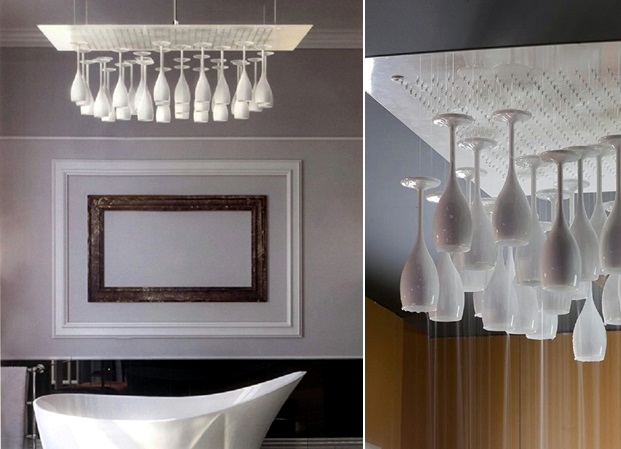 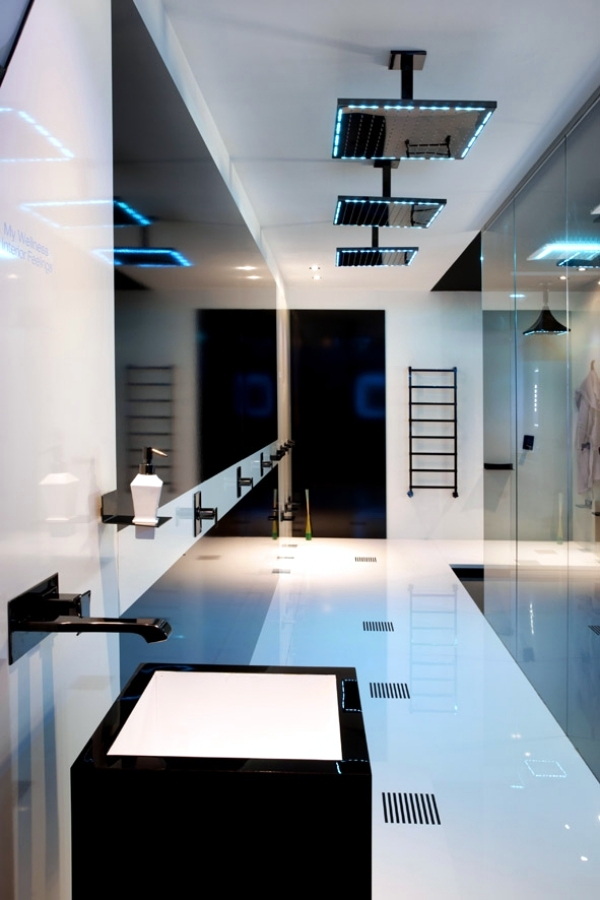 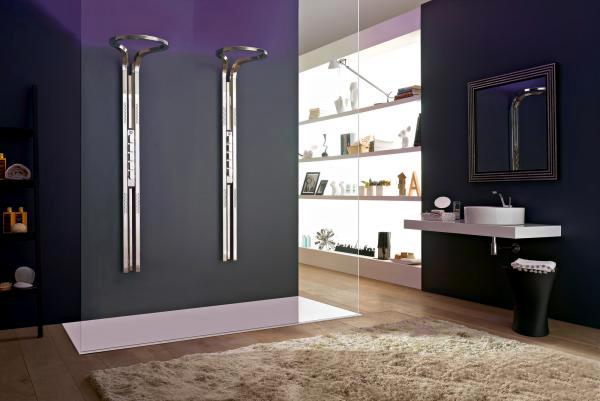 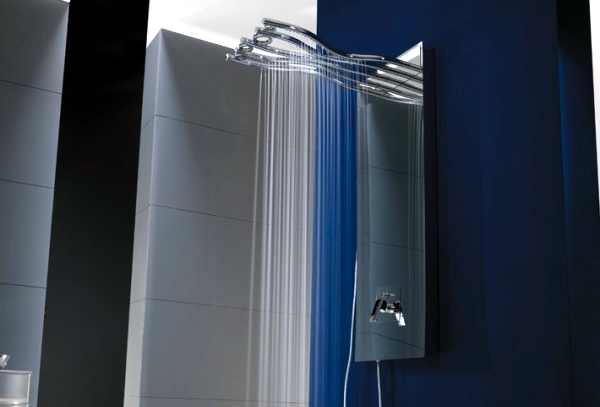 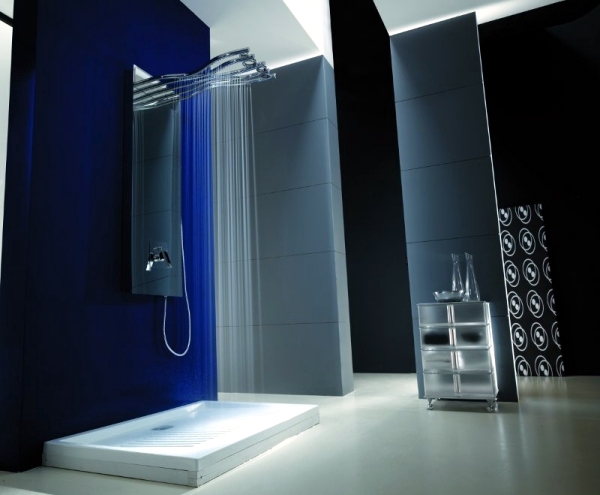 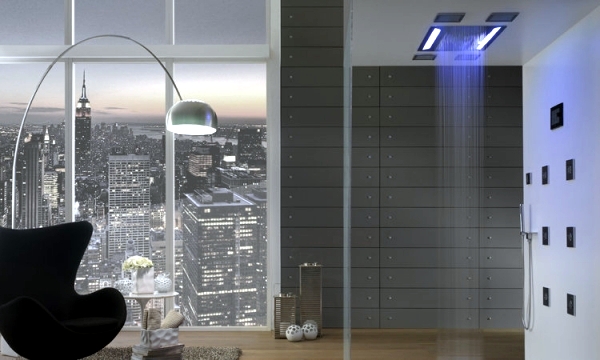 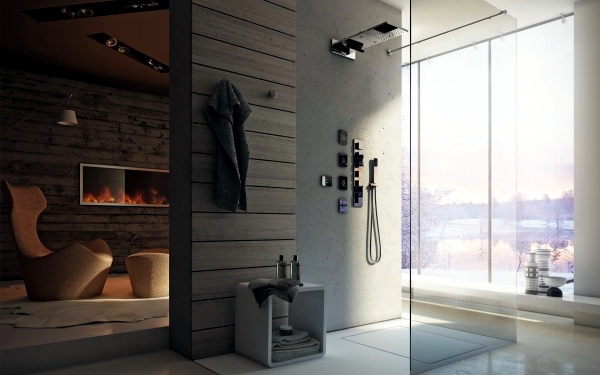 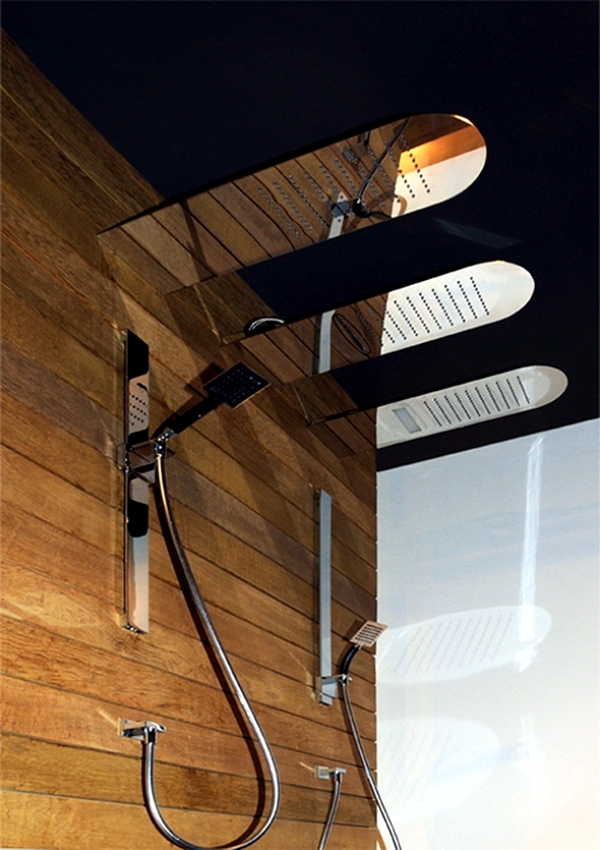 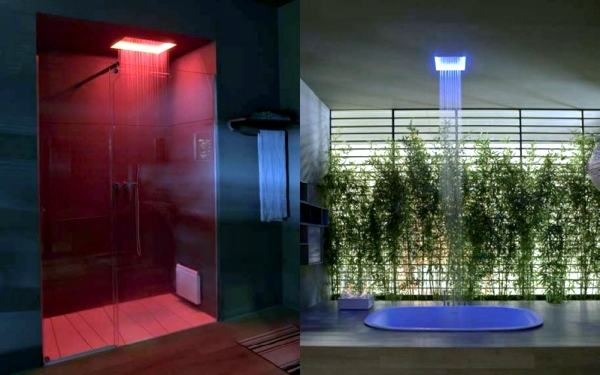 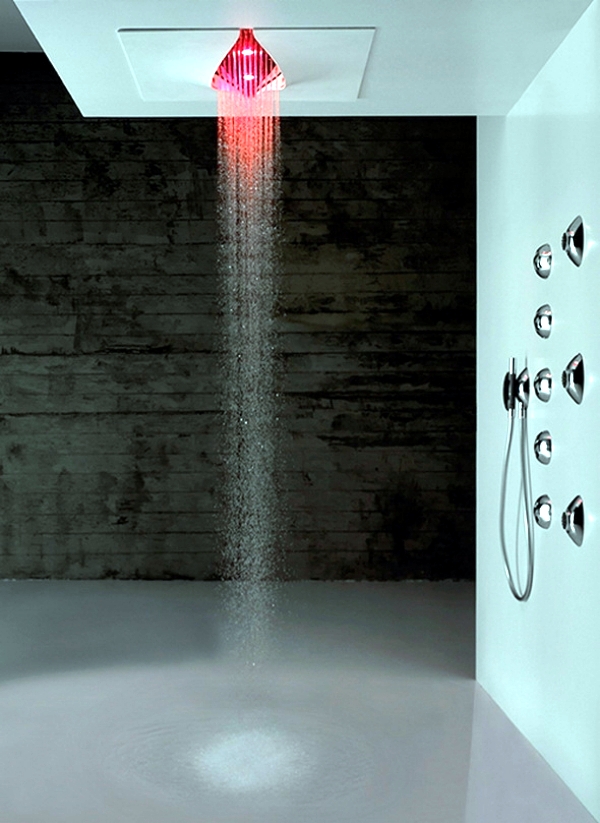 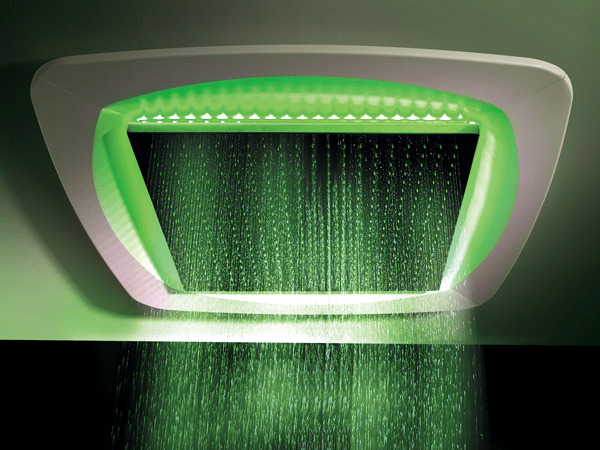 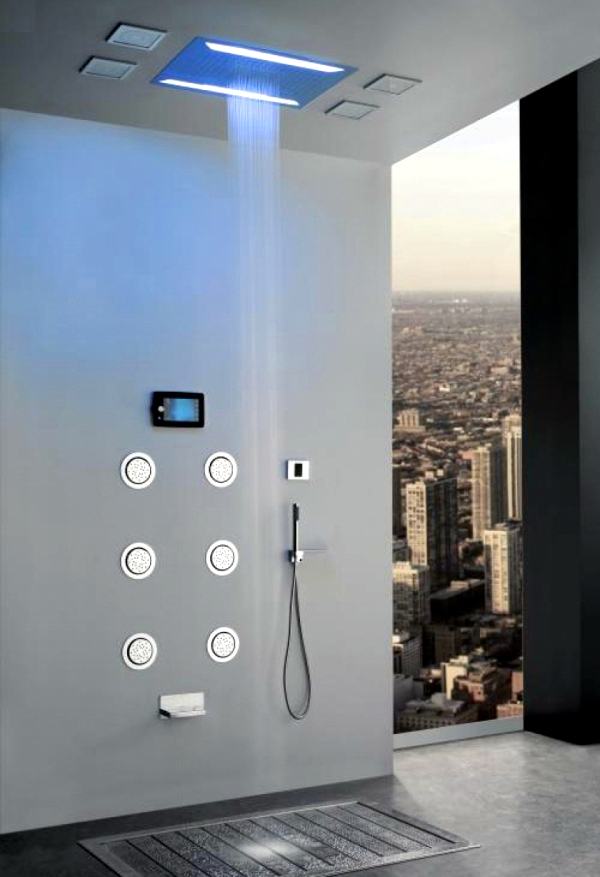 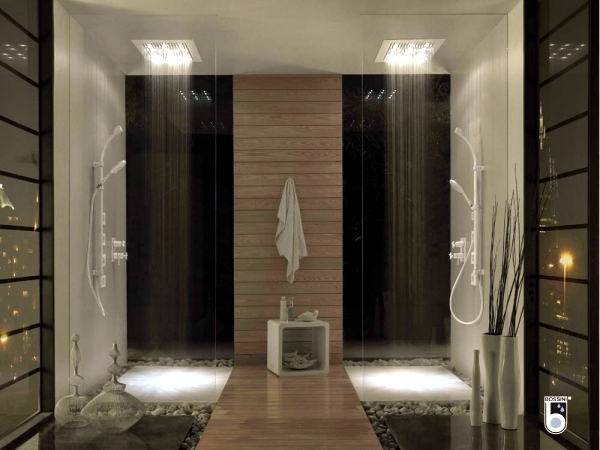