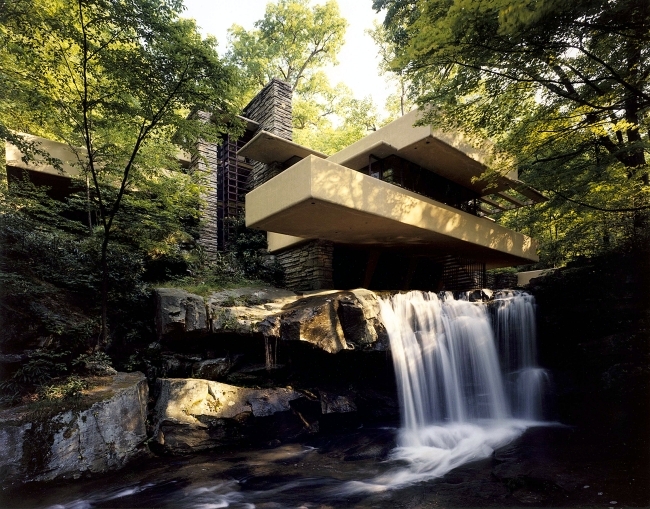 The Fallingwater House by Frank Lloyd Wright is one of the most famous private residences in the world, and a timeless classic in the history of architecture. The house is located in Mill Run, Pennsylvania, and was originally called Kaufmann House, after the owner of the property. The house was built in 1935-1937 and is a typical representative of modern architecture.

The history of Fallingwater House by Frank Lloyd Wright 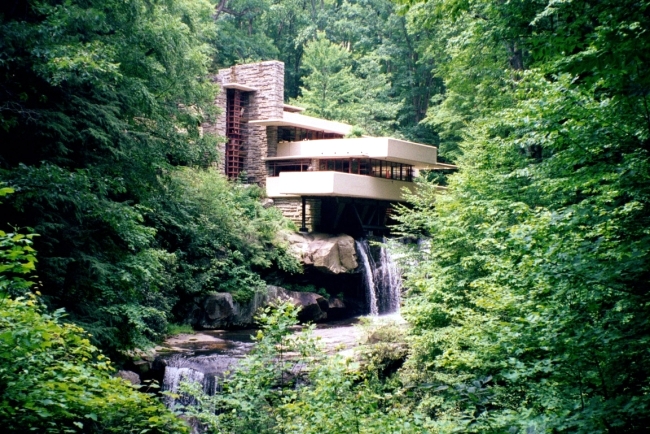 Fallingwater house was built for Edgar Kaufmann, his wife and son. The property is located in Bear Run Nature Reserve and is the indissoluble link between people, nature and architecture relationship. The Kaufmann family owned a small house near the waterfall and that was their refuge for years. Edgar Kaufmann developed a friendship with Frank Lloyd Wright using the merchant's son, who studied at the school of architects. The owners wanted a weekend home overlooking the waterfall. Instead, Frank Lloyd Wright, has chosen to integrate the cascade directly into the house design and was therefore one of the most famous works of the architect.

The Falling Water House - behind the project ideas and inspiration 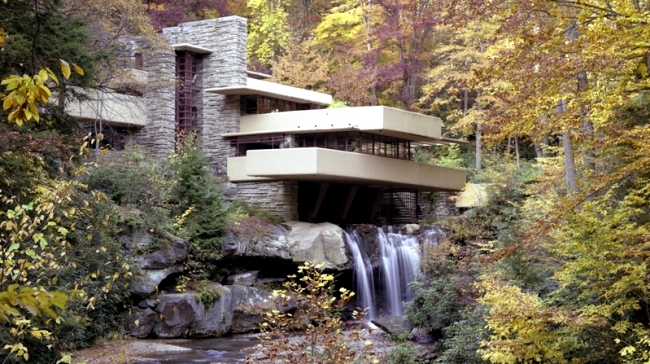 Fallingwater house is an example of how design elements of nature can easily be integrated successfully into the house. The inspiration for the architecture of the house was taken from the Japanese style. The harmony between architecture, people and nature was the main task in creating home designs. The balance between the different elements is especially important for Japanese architecture. Frank Lloyd Wright water, stone, wood and synthetic materials put together in perfect harmony to create one of the greatest works of modern architecture.

basin of water for freshness in the garden 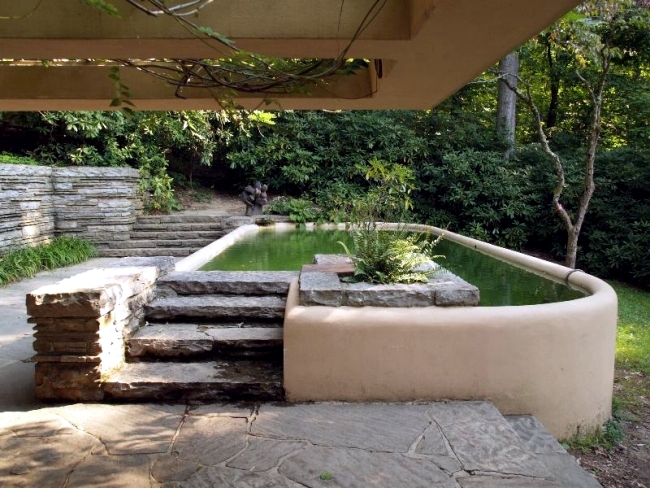 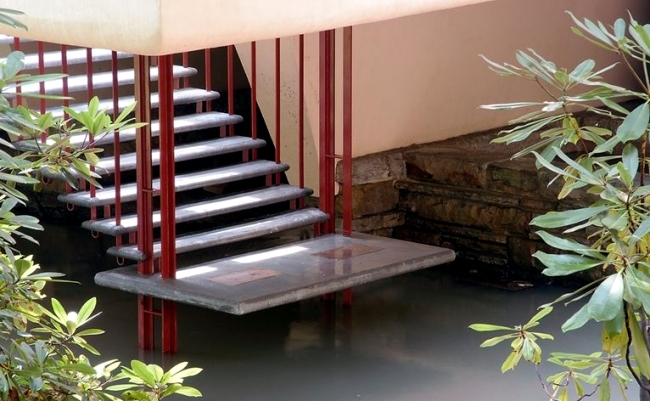 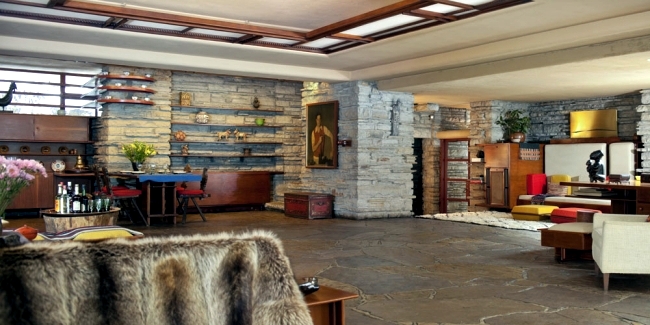 Ceiling light with a geometric pattern 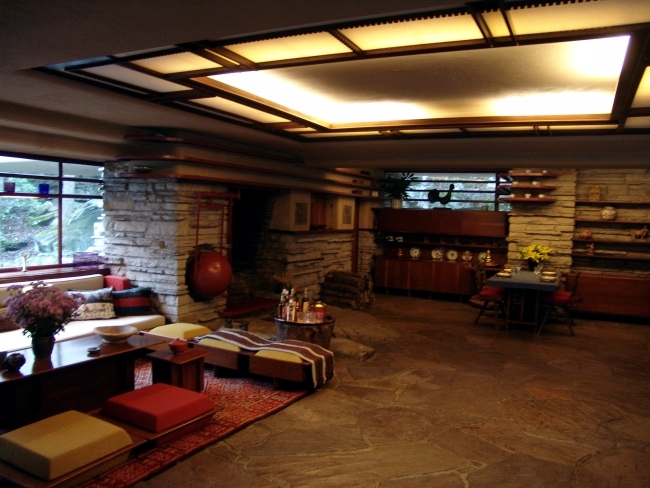 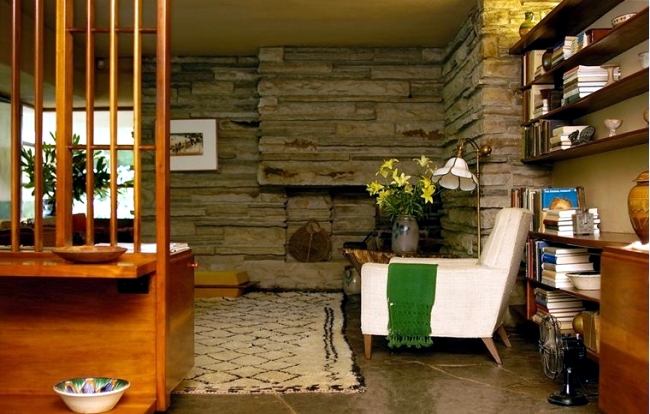 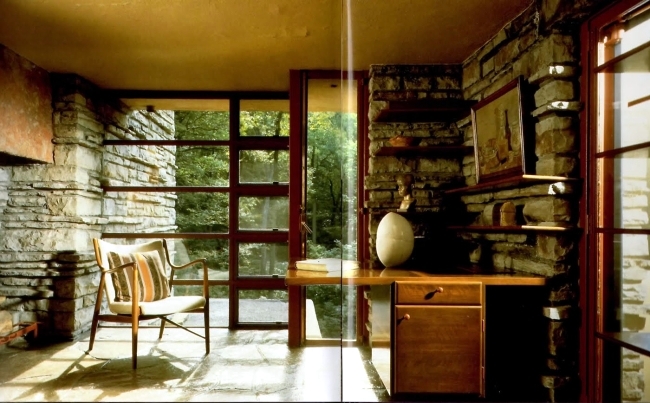 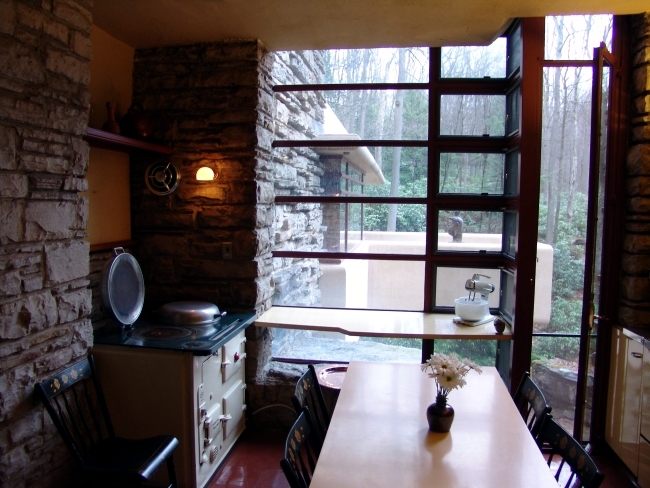 Architectural plans of the Fallingwater house 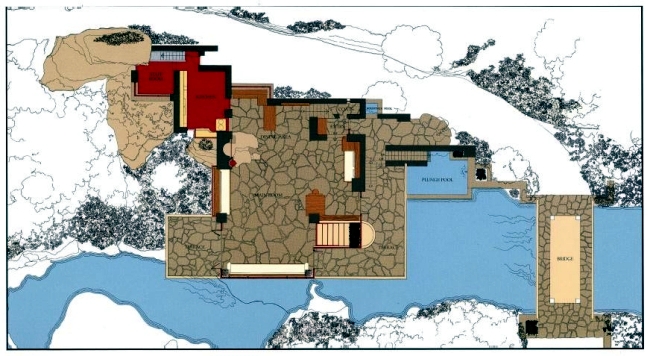 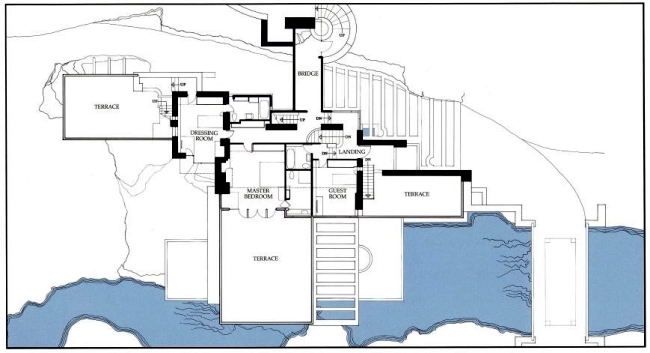 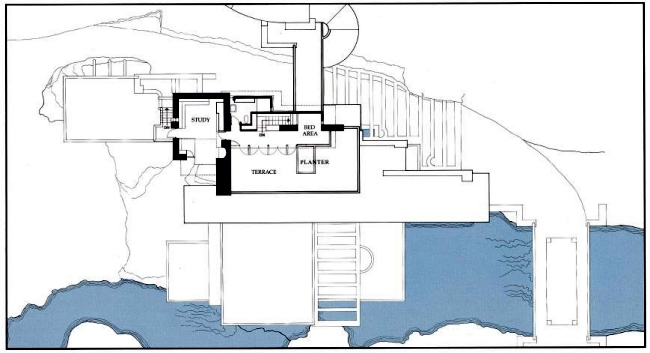 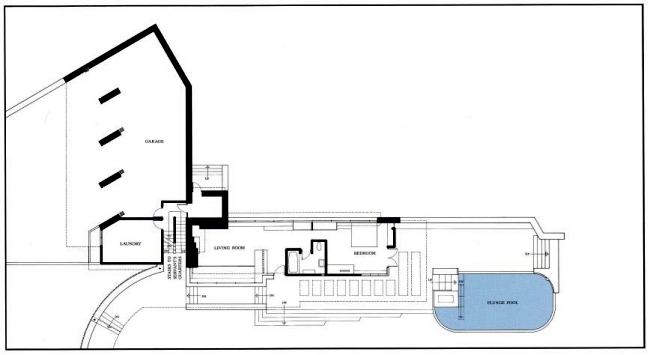 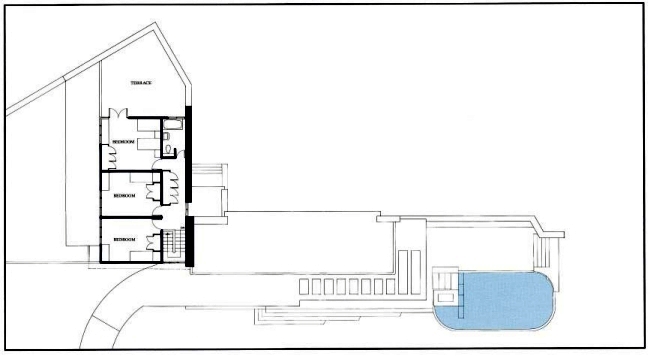