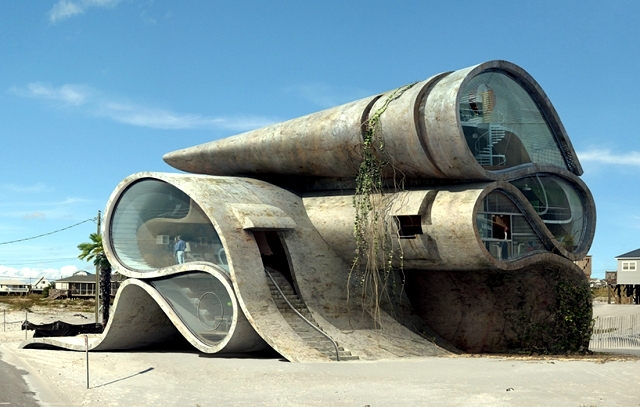 Concerned about the future of the world, the Spanish artist Dionisio Gonzalez tries to represent possible solutions to the problems of the world are available. Its digital photomontages carefully executed introduce futuristic architecture that provides protection against natural disasters linked to climate. Although some of these surreal structures look like they were just caused by natural disasters, they can serve as inspiration for sustainable projects. We invite you to come on a journey into the world of dreams Dionisio González.

The futuristic architecture Weld Dionisio González, where the beauty and chaos coexist

The surreal world of Dionisio Gonzalez welcomes you

Gonzalez works in his photographs specifically with emotions such as excitement and exhilaration and printing chaos resist recurring operating in very different scenarios through his work - a trademark of the artist's talent. The concern for the social sector is advancing its constant search for places where physical beauty and chaos koexisiteren.

An art project for environmental awareness 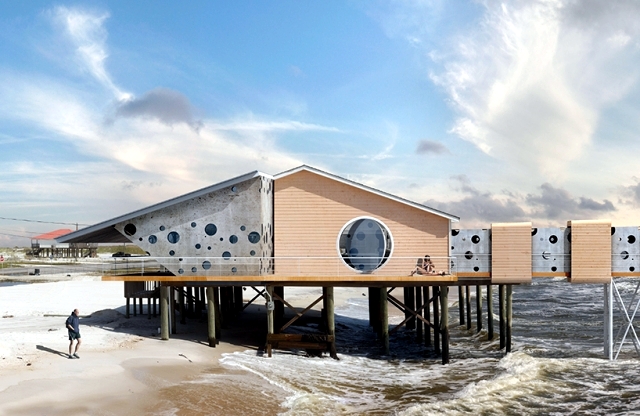 Dionisio Gonzalez looks like a futuristic covered against disasters seem. 'Dolphin' Iceland should be located in the Gulf of Mexico, a place that is constantly exposed to devastating cyclones. Impressed and motivated by the force of life of people who build several times what nature has destroyed several times, Dionisio designed structures sustainable and habitable. In this landscape of breathtaking beauty is found in the water between the islands and a "fortress" futuristic. Cement and iron replace the wood instabilde. Designed by Golzalez residential facilities are located in an impressive variety of forms. 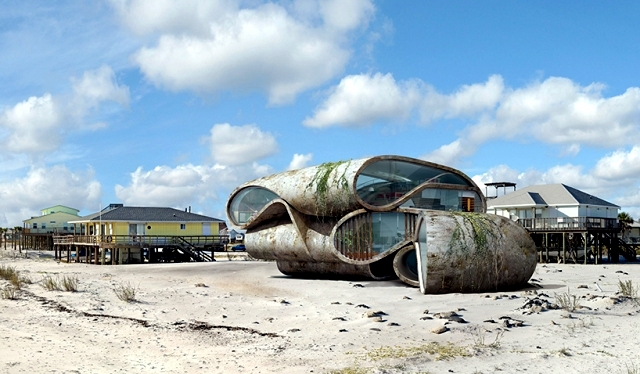 "I gave the habitable structures a new form in the empty spaces of perception that had been devastated," said Gonzalez. 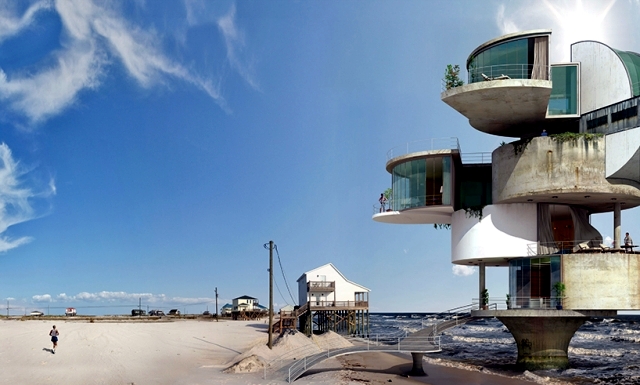 Futuristic fortress of concrete and iron 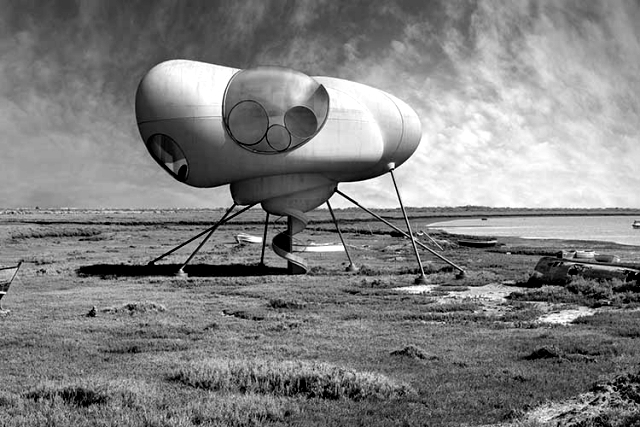 The second collection of images imitations of fiction is called "interactions" and represents the dynamic relationship between people and the environment. Black and white photographs describe the structures that blend with the environment and promoting the sustainable use of natural resources. 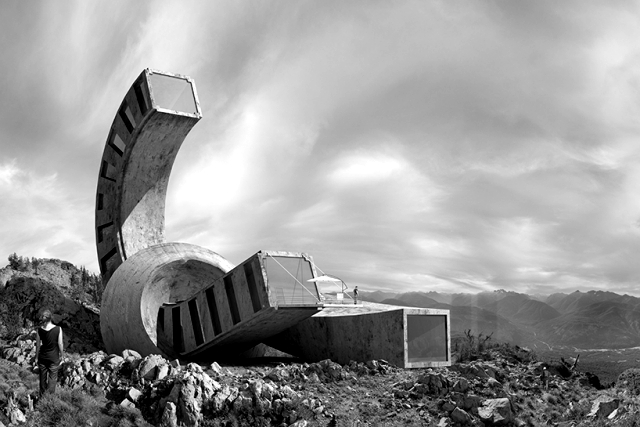 The houses are built with the environment, a common body 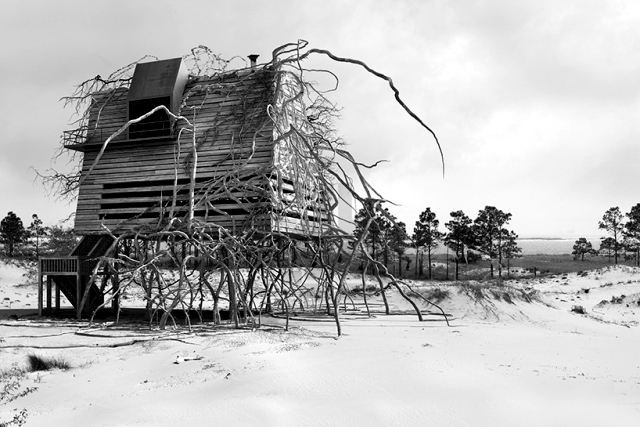 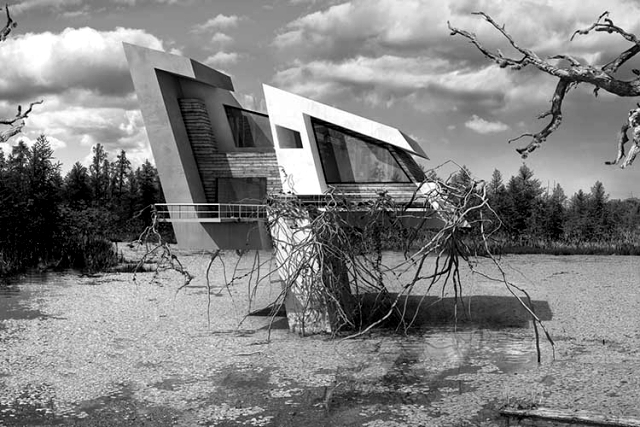 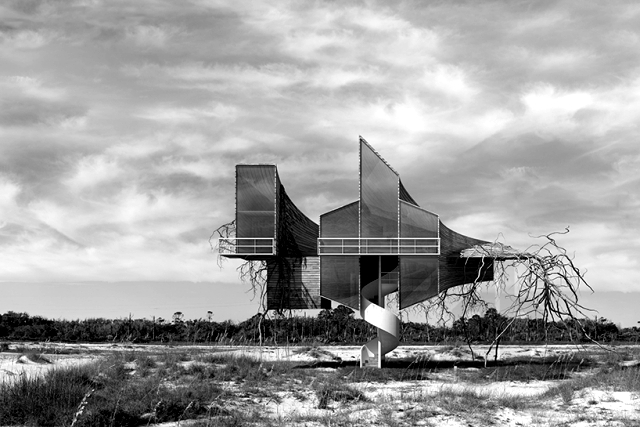 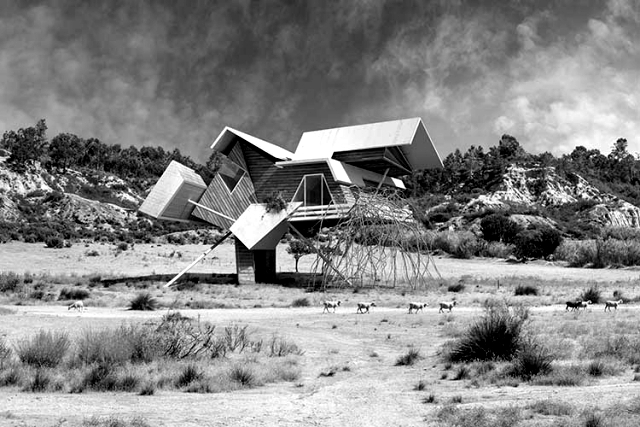 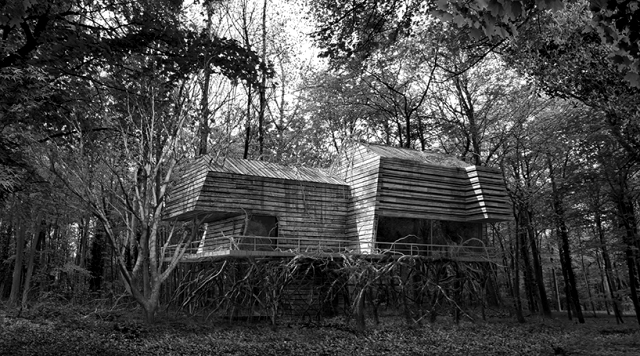 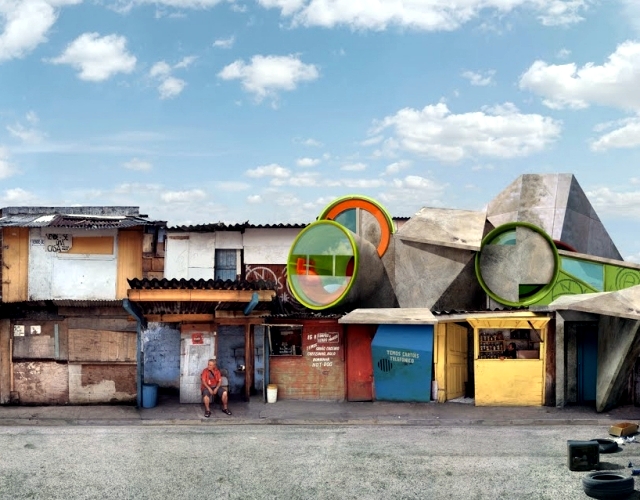 The series of images González urban viewed 2011 "favelas where houses are futuristic and abstract. Objective of interest is the architecture and the perception of social asymmetries. 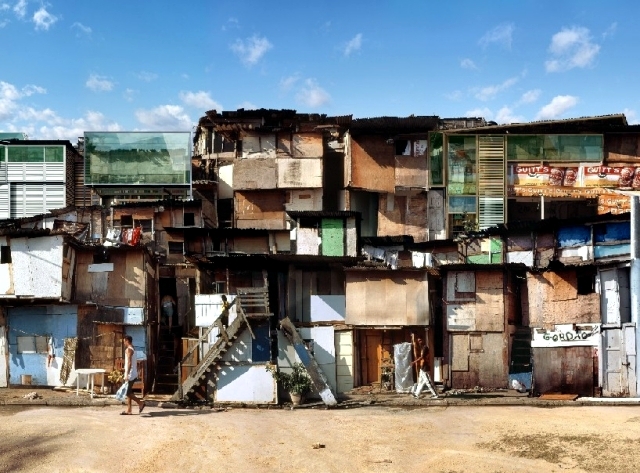 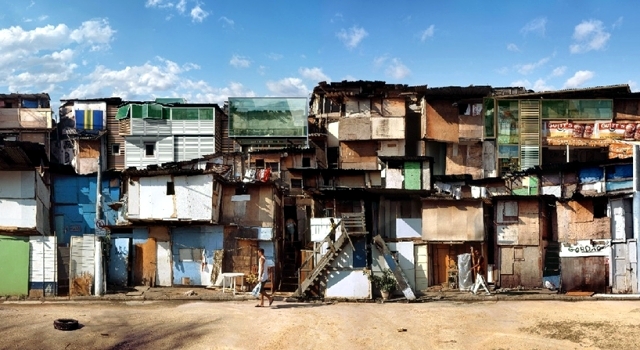