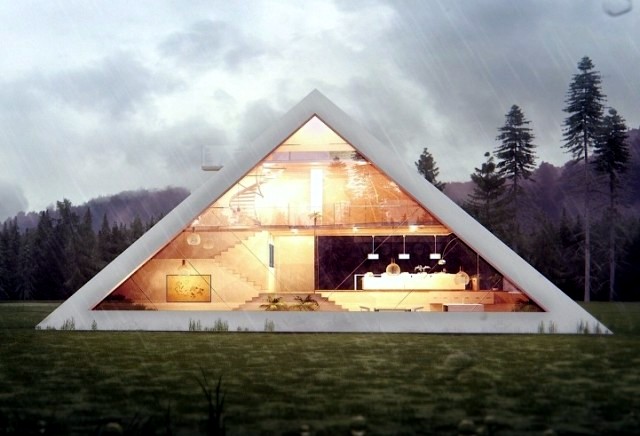 We have already presented to you many homes and concepts that violate the tracks and create original concepts for the future outstanding. Architects and designers to create amazing projects that have a futuristic look, but they are not very far from reality. Such is the case of this impressive   3d house concept Juan Carlos Ramos. "Pyramid House" was designed by an architectural competition and as the name suggests, the house has the shape of a pyramid. Similar to the Luxor Hotel in Las Vegas, Ramos has designed the interior of which has been divided into 12 different areas of a private residence. 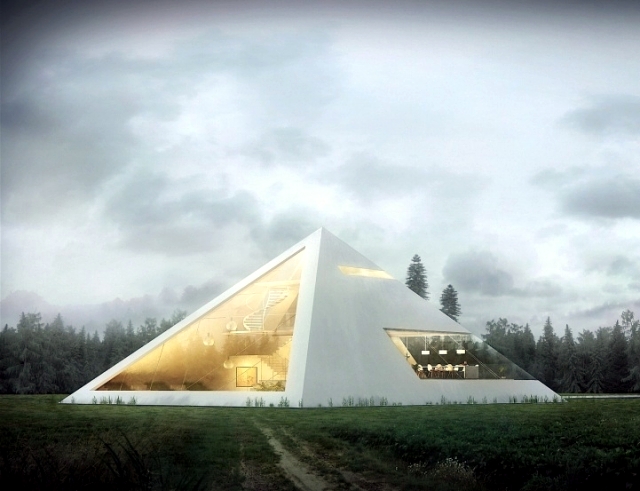 The simple geometric shape of this pyramid house has its own aesthetic, while the building is very visible because of its iconic shape that rarely used. This extraordinary 3D home design has some interesting highlights. First, the multiple four large triangular facades allow natural light to flood the home window. A large window spans an entire side of the house, that the obvious visual design. 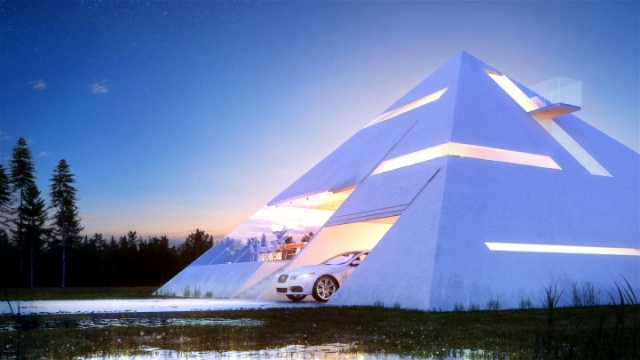 You could say that this 3D architectural visualization introduces a concept of economy of space. The house is perfectly in the space divided into 12 regions, including a library, a balcony, a garage, two bedrooms, and even a recording studio.

a small balcony on the top of the pyramid

The house is made with 3D Max, V-Ray, Itoo Forest, Photoshop and After Effects and so far remains only a 3D visualization. But it looks so realistic. The only thing that architects should take into consideration is the issue of privacy. This global glass is not for everyone. 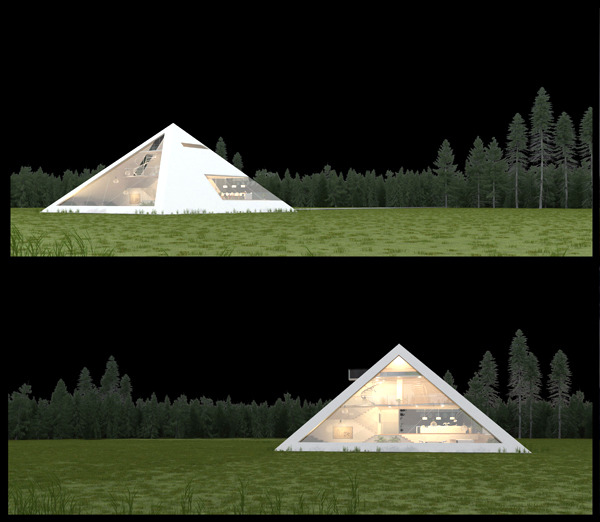 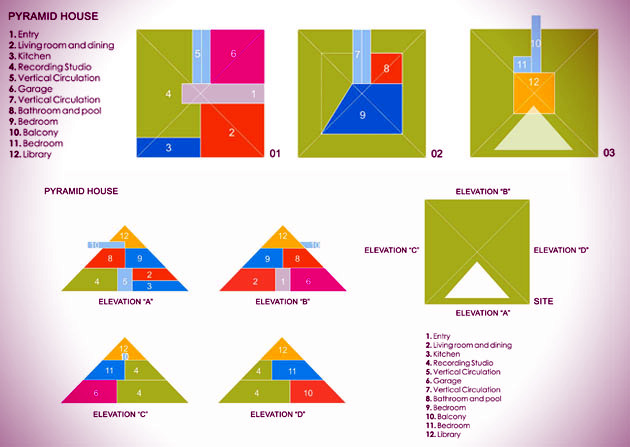