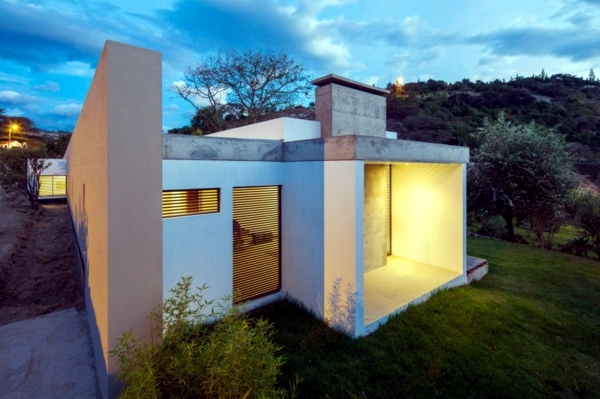 In Guayllabamba, an area with a warm climate and fertile soil, a one-story house with a minimalist façade and an exotic device is located. We present house G1.

Bungalow house with a minimalist façade in Ecuador 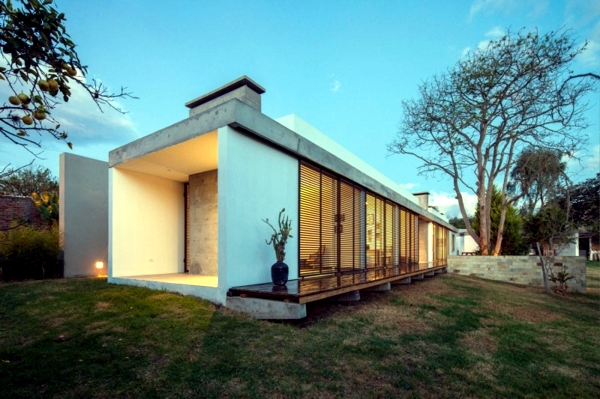 Gabriela Riviera Architects were challenged to build a one-story house on a plot of triangular shape. As a starting point of the project, and the inspiration was a Avokadobaum who grew up in the center of the house. So, the idea came to plan the house around the trees. In this way, a building with several courses and orchards arises. Nature and plays the lead role in this modern architecture. The design of the house and multifunctional interior light can be perfectly combined. The richly glazed facade opens the building and offers stunning views of the countryside. 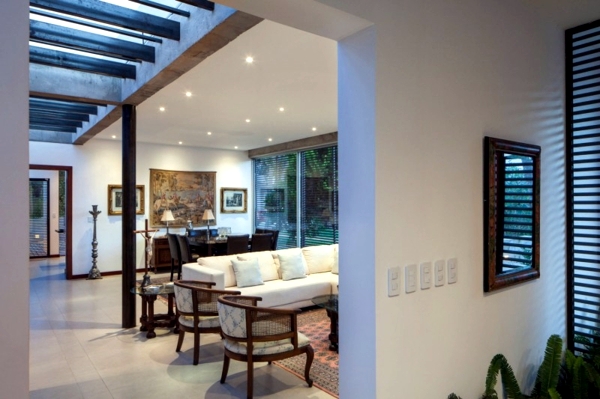 The G1Haus sent by architects a clear message to the world of architecture - namely, that the nature and the architecture can lead to another. The building has more volume - the oldest special spine and divides the house into two sections - the first part is a room in the house, living room and kitchen and the bathroom, closets and laundry facilities are housed in the second portion. Inside, the walls are painted white and decorated with wooden furniture in a traditional style country in the region. Comfortable, well lit, and with many beautiful green spaces where you can relax comfortably - this is the house G1 plans described.

Facade of a modern house with a large wooden deck 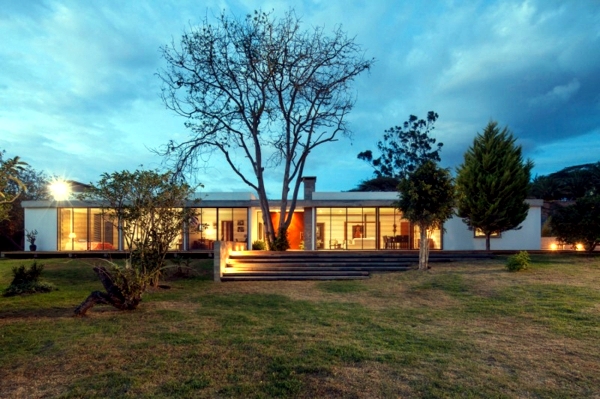 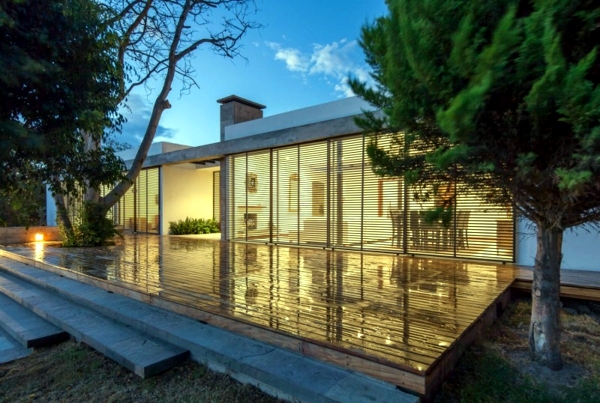 Front of the house - the U-shaped 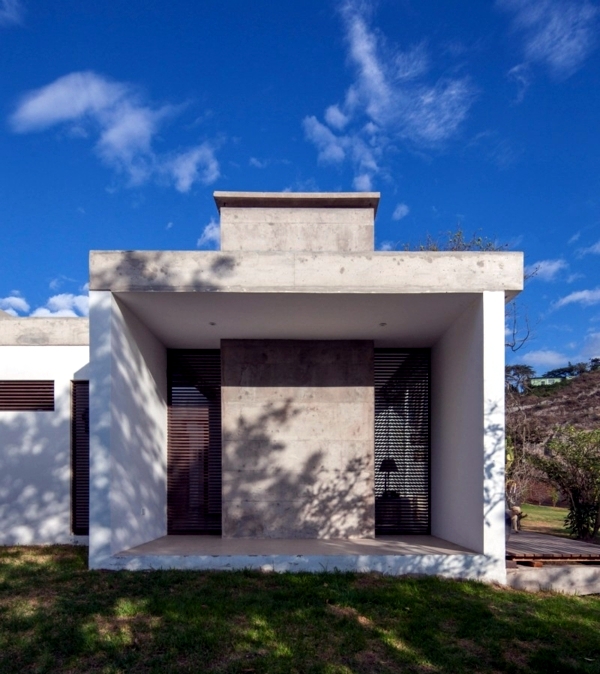 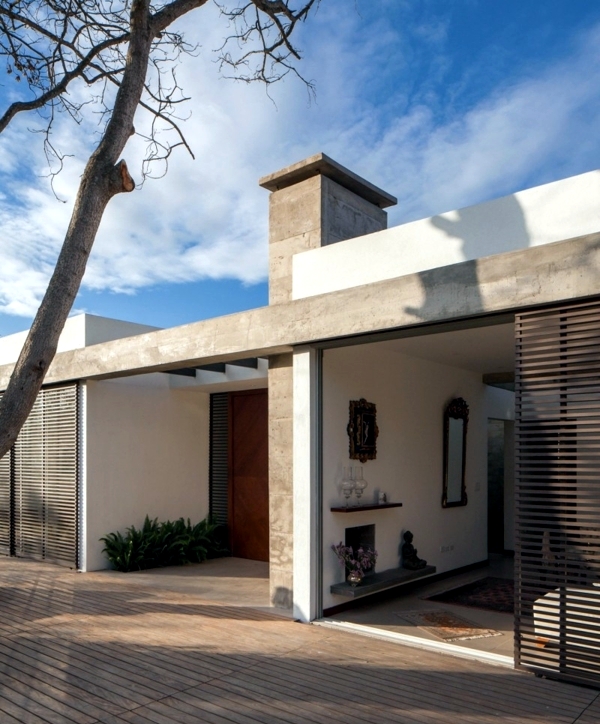 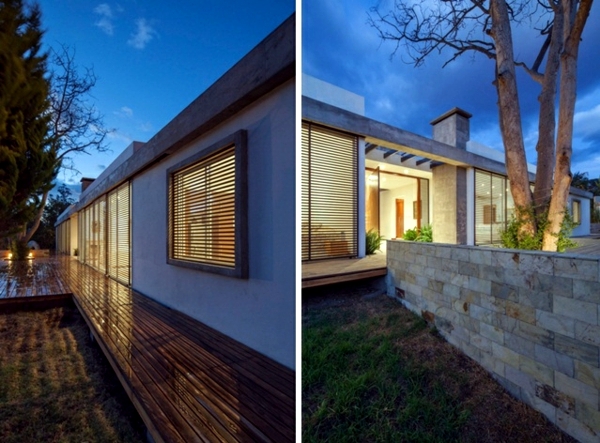 entrance to the house - concrete construction 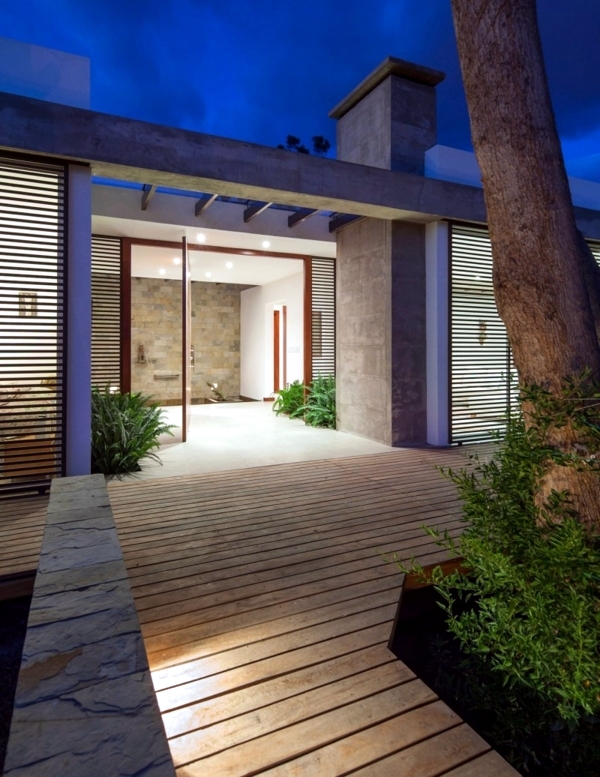 House plan in Ecuador with a minimalist design