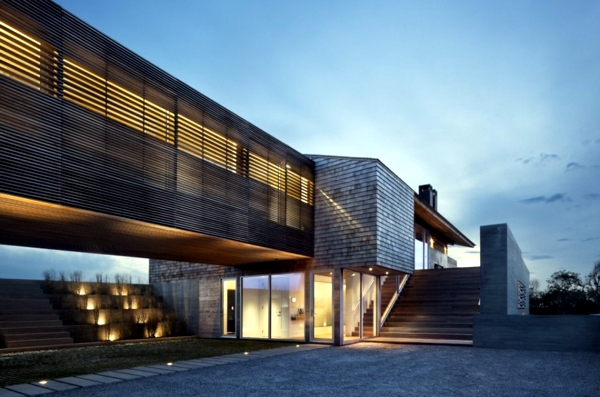 This house is charming, it is in the small coastal town of Montauk, New York. Bates Masi Architects say about the unique history of their project, the climatic conditions and the folklore of the region have contributed significantly to their design decisions. The "house Genius Loci" is somehow imbued with the essence of this intriguing enigmatic name of "genius loci".:
"... An intelligent mind or magical powers, who lives in one place." Wikipedia

And 'therefore possible that this modern resort embodies the spirit of Montauk? To do so, they must show architectural features, in terms of tradition, the topography of the region, its mysteries and legends.

The origins of this holiday are rooted for generations. It was originally a ranch, so this new project has already planted roots in this mysterious land. In recognition of the climatic challenges of modern construction is solid constructed to withstand extreme weather conditions such as fog and frequent storms. Perhaps the solid construction will hold more visits legendary creatures such as the remote "Montauk Monster". The construction of this modern coastal house was an ambitious and challenging project. The house is detached and rooted in a subtle way on the steep slope, but without compromising access to the light of day. 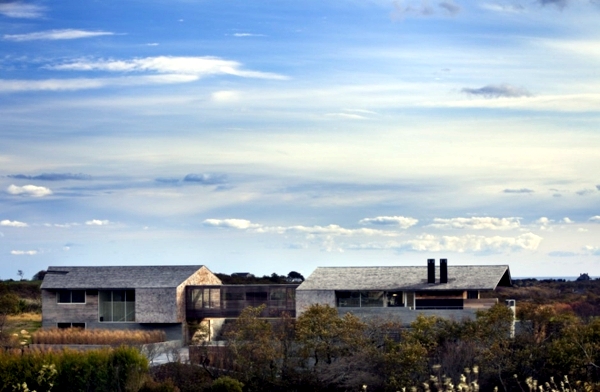 From the south, the house appears to be two separate companies. The base of the house blends with the sky and the ocean. However, the north side of the large building has revealed., This modern oceanfront home is full of surprises and the interior is truly magical with a casual atmosphere. A major merger takes place - between the traditional and the modern and open style. It is a house where you can be free, but also has a look, a comfortable place that fosters communication, perhaps with family and friends, or tell strange stories Montauk. These two features are observed in contrasting materials - open, transparent glass and warm wood beschützendes are used interchangeably in this house.

Sunny terrace loci in the modern house on the coast 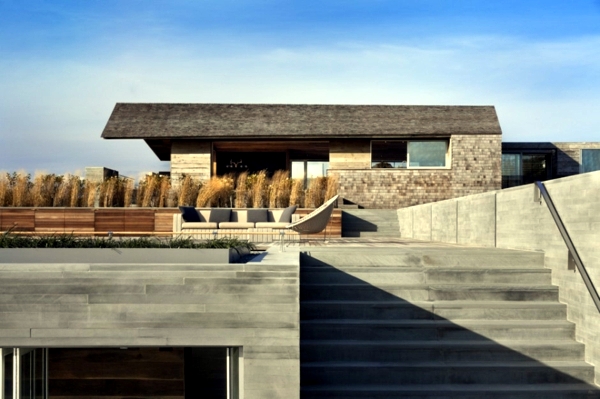 Traditional aspects of Montauk style can be seen in the low-pitched roof that has been modified in this case to fit modern structure of this modern house on the coast. Besides the "spirit" of this house are many singles unexpected details. For example, the covered bridge that connects the two buildings, you can change the light in the courtyard below. During the day, it looks flat and two-dimensional, but at night the light is characterized by fascinating shapes cut pattern on the boards. These models are also in relation to the blue screen that is positioned in front of the upper row of lights. As the architects say:
Stone ... it seems as light as alternating stones removed from the model to shed light into the bedroom. These unexpected details reinforce the larger idea of ​​capturing the unexpected. "

What is essentially just an example of how this modern waterfront has been designed to be a physical manifestation of the Montauk area atmospheric and surprising. 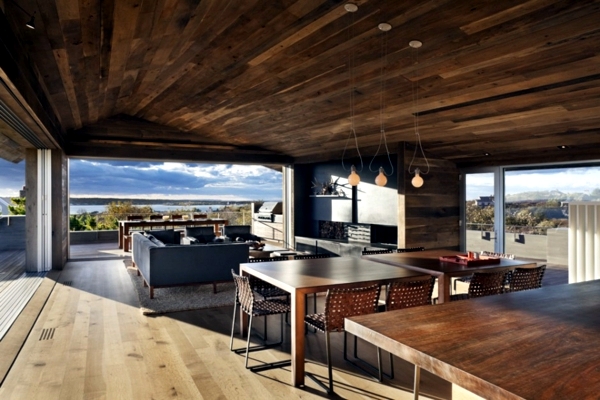 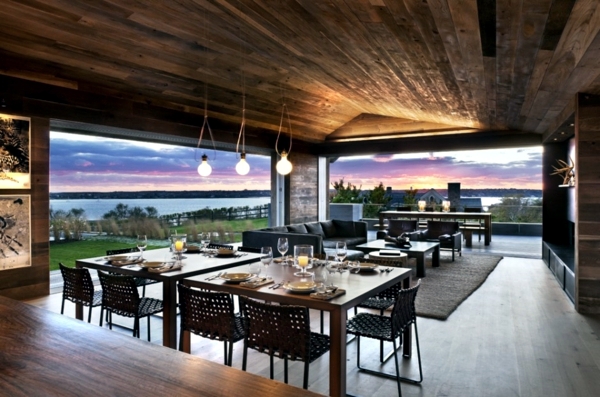 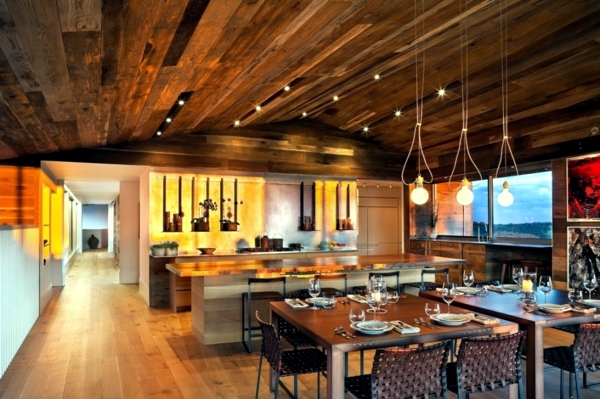 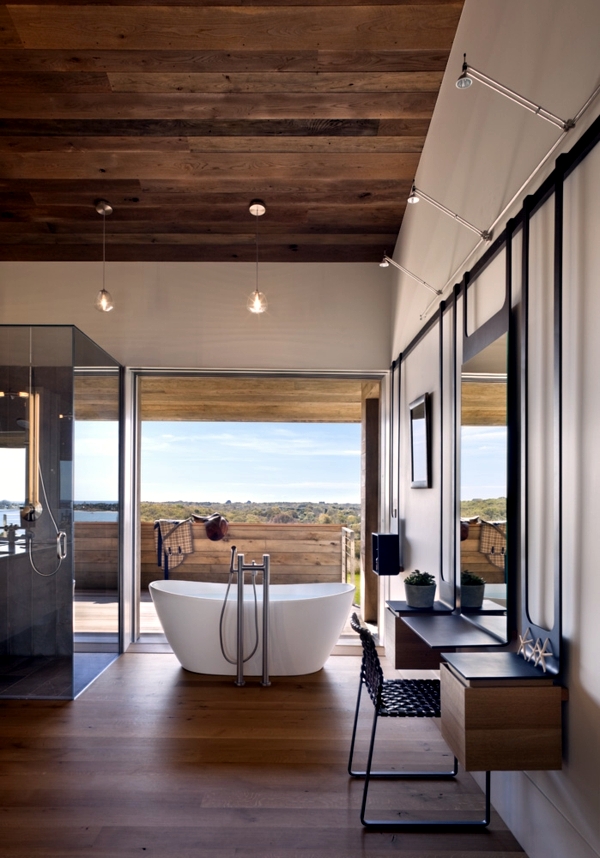 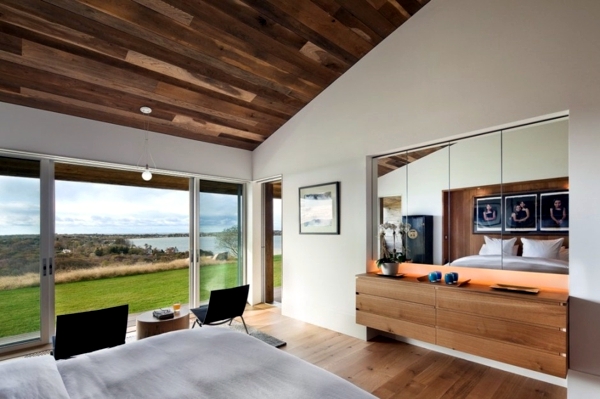 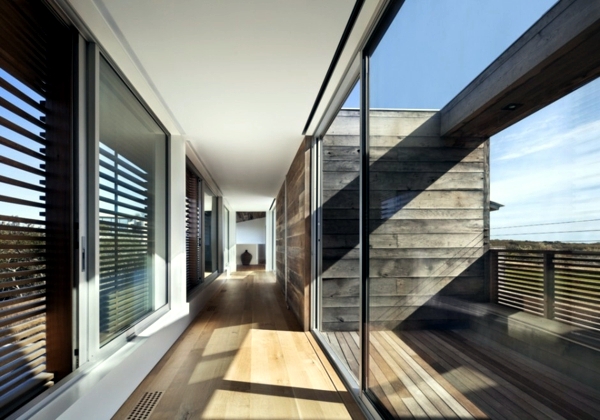 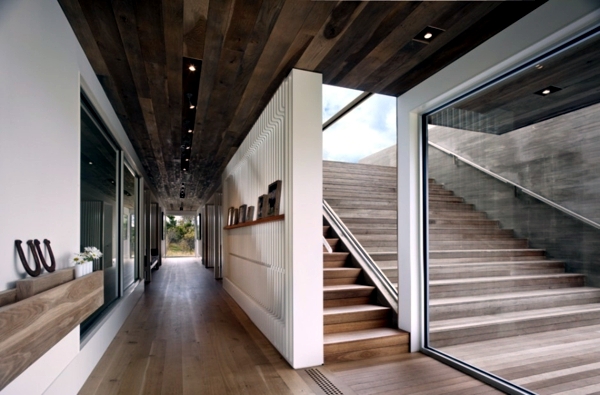 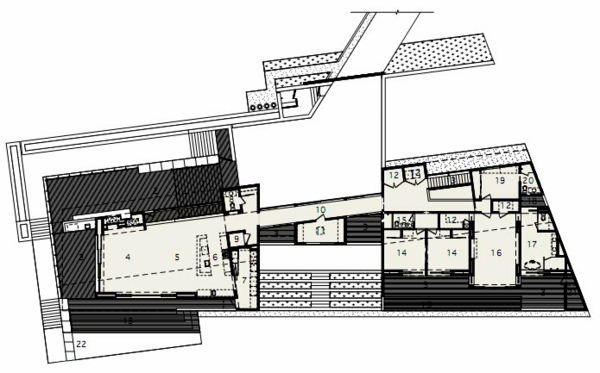 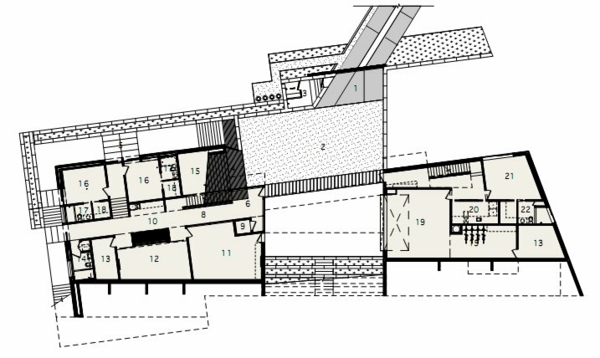 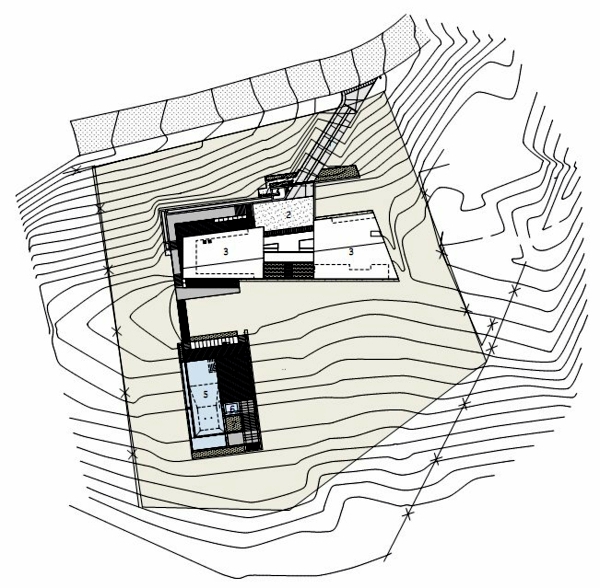