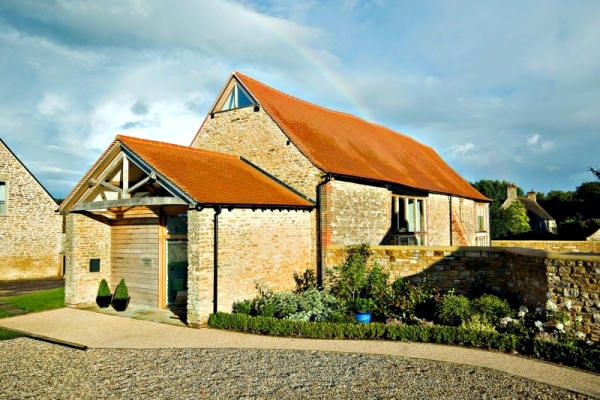 Anderson Orr Partnership this old barn converted into housing in 2007. It is located in Pusey, Oxfordshire, England, and has preserved its rustic look. The architects opted for a new building to the ground rather than building and destroy the existing project. 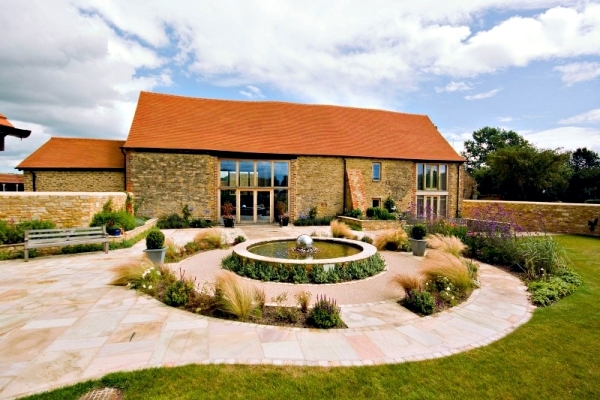 The objective was to integrate an open plan modern living within the envelope of the original barn without suffering the height and volume of construction of the domed roof of the barn. 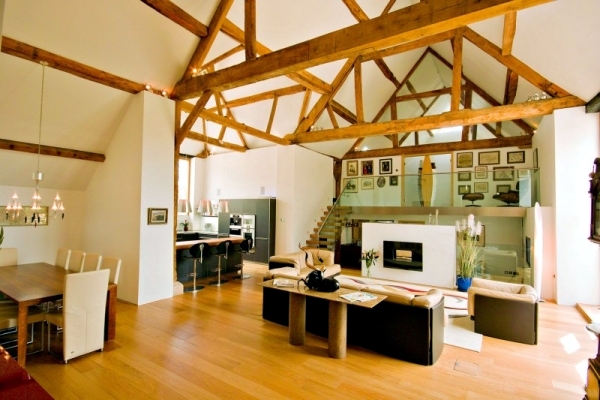 The second key element for the conversion of the barn was how to make the item. In most remodeling projects barn that is particularly difficult because you want to work with the original openings and these tend to be very large and the sides of the building. To facilitate communication between the living area and master bedroom open solitaire, with a glass balustrade offer escalator. 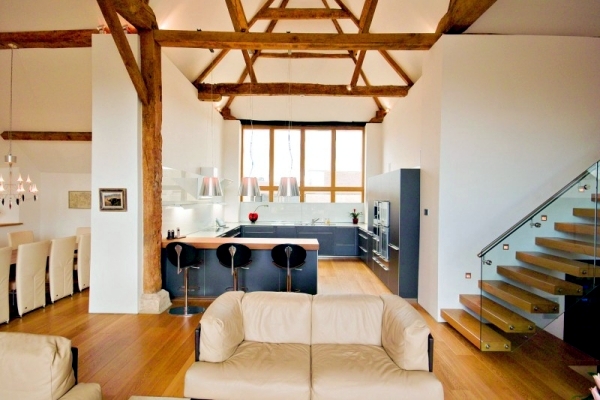 The beams are deliberately visible, and add a rustic element to a modern living space. Carpenter Oak & Woodland has been ordered to repair the roof using traditional techniques. Their work shows how the traditional construction methods can effectively integrate the concepts of modernity. 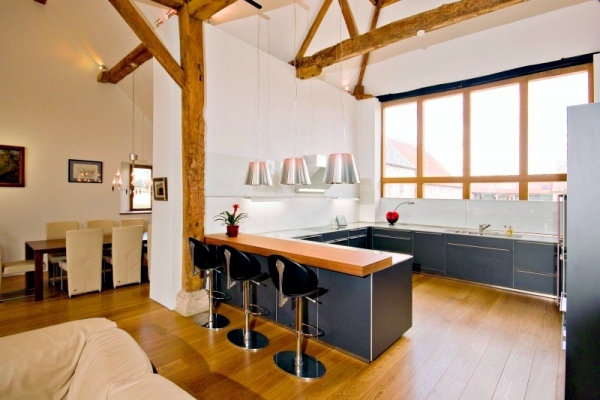 More than half of the building is lowered into the ground, so that two levels can be accommodated within the existing warehouse. In addition, the stone walls have been repaired and reconstructed sensitive.

Hanging on the kitchen counter 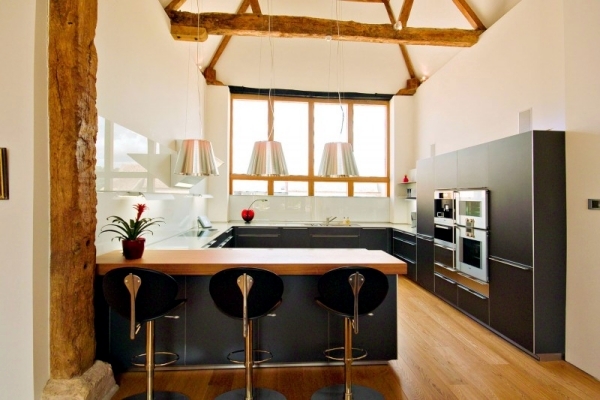 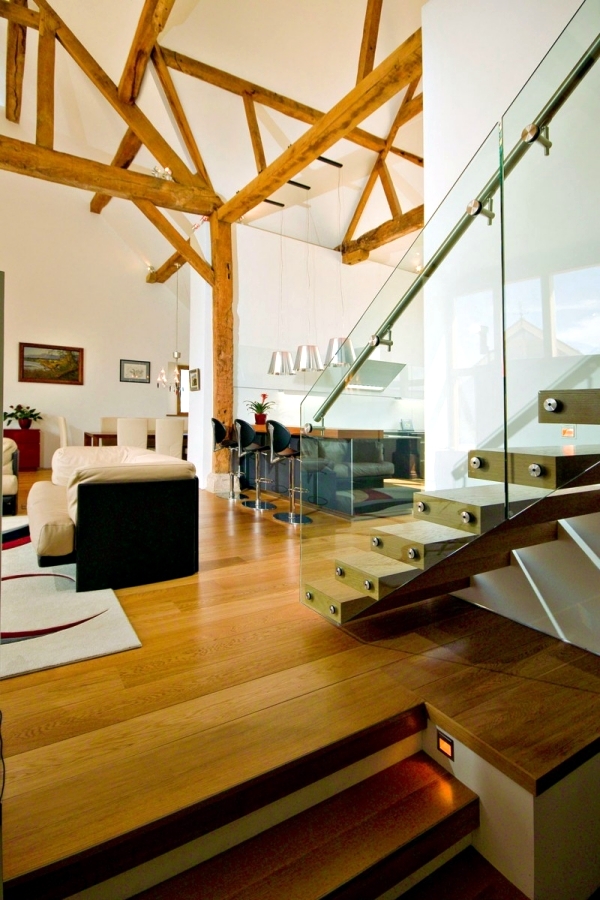 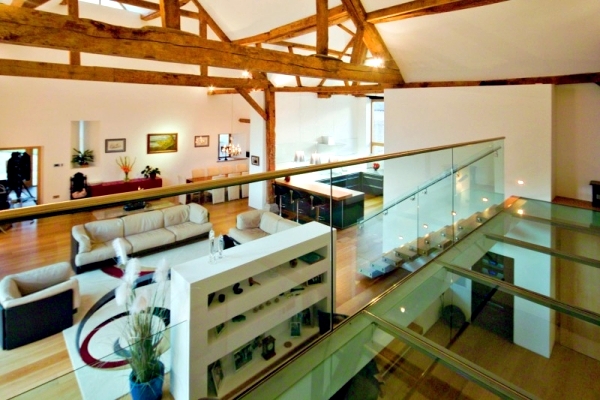 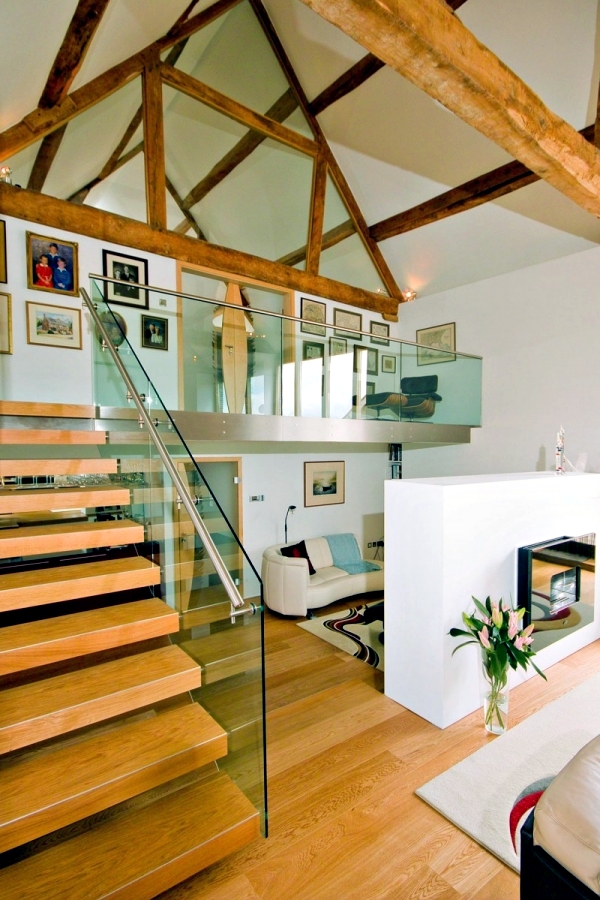 The contrast between the wood and glass 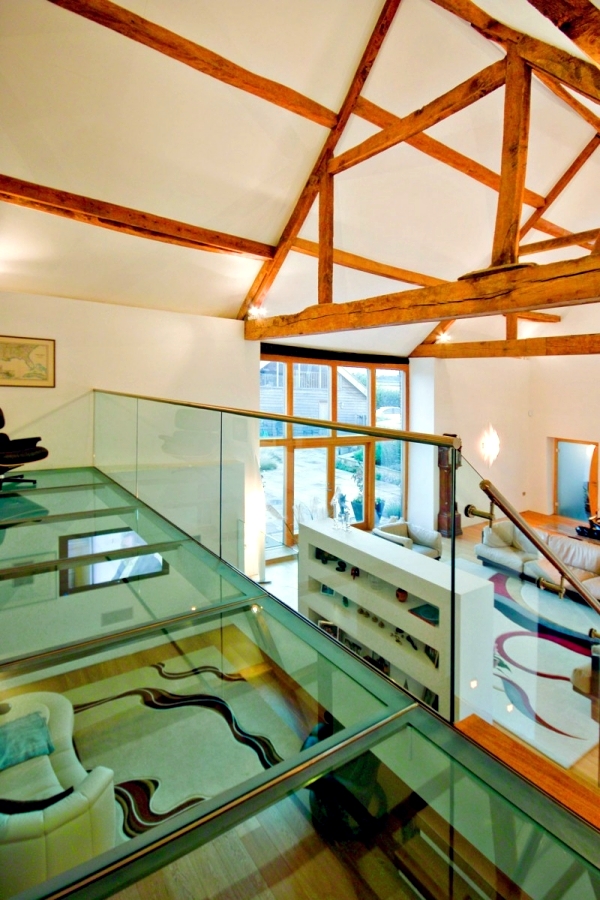 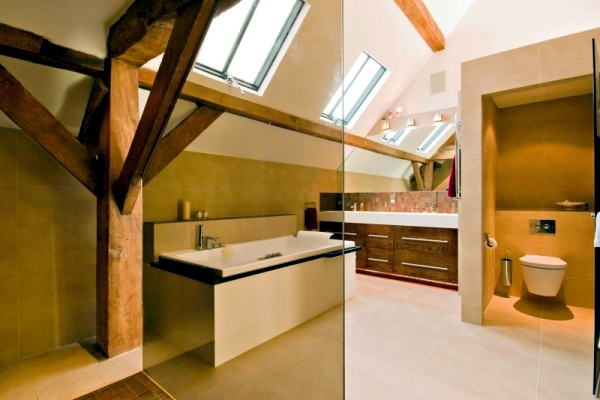 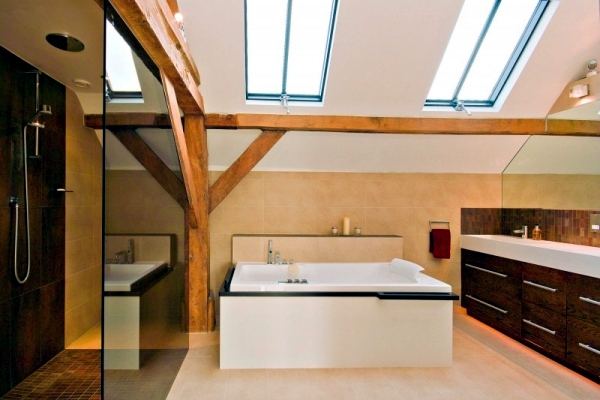 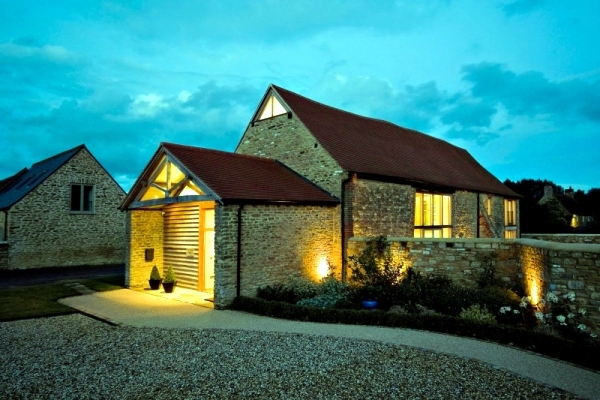 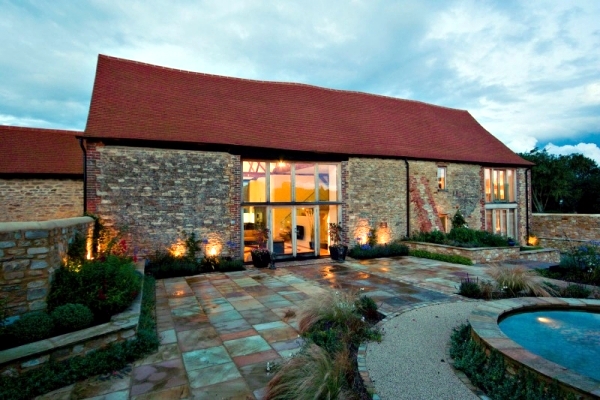 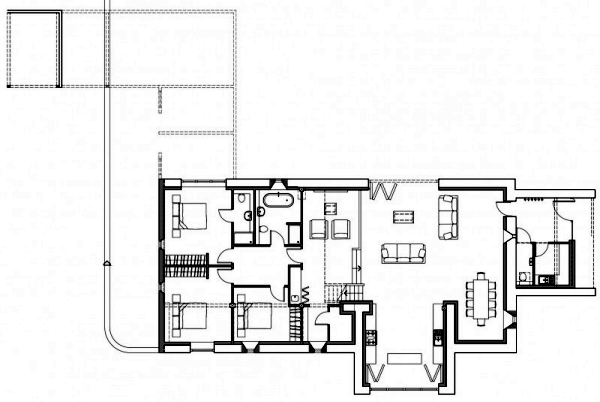 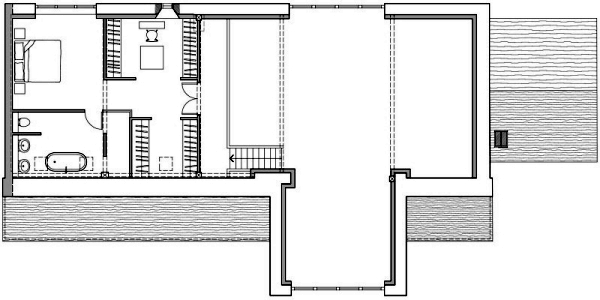