House on a hill with a seven-volume modular building construction 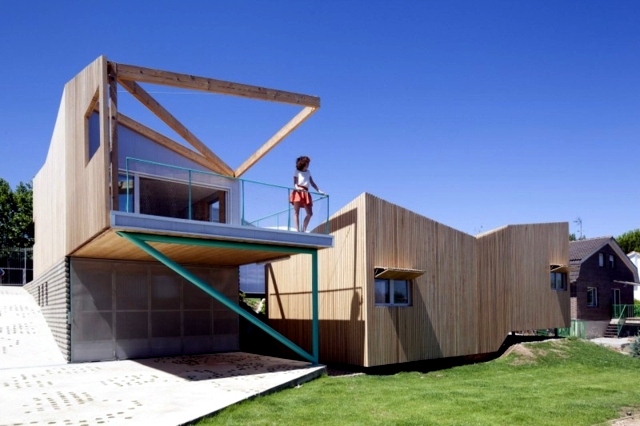 Situated on the outskirts of Madrid, this house on the hill was a big challenge for architects. As its name estimate is that the building is located on a hill. The slope of the curve was a challenge - the problem has been solved by a modular construction. Architects construction program affiliated with seven volumes structural surrounding a small courtyard.

House on the slope of seven volumes of construction - functional layout 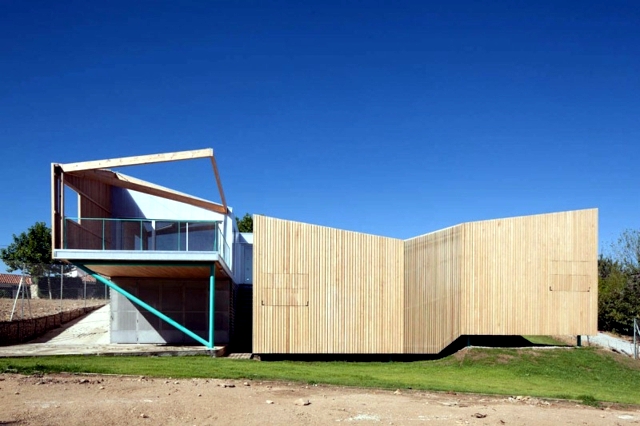 The house on the hill is situated on a plot with an area of 1,316 square meters. The producers give the lack of a modern and functional building, which can be converted, if necessary. Architects Elii have chosen a functional construction of the modular home. Each physical volume is intended for a different life situation - bedroom, living room, kitchen, dining room, kids room and bathroom. The plant is very convenient - the private sector is well protected from prying eyes, while the living room opens to the beautiful scenery. Several small bridges and stairs connect the volume of each building. The shed roof - with a slight tilt can be used as a roof terrace for sunbathing or relaxing.

Modern house on a hillside - inspired by the proposed container house 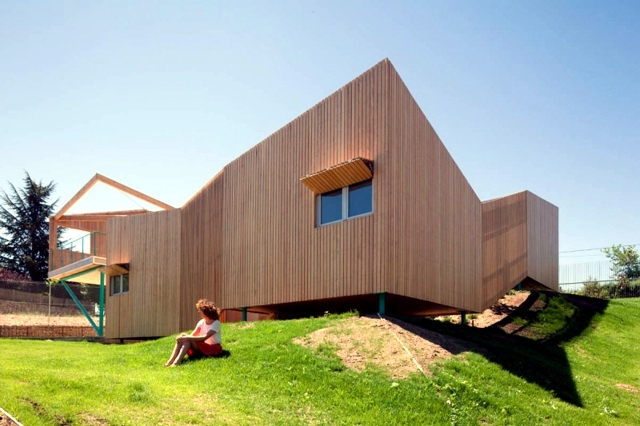 The United States and Canada, the so-called container homes are super popular in recent years. The project was partly inspired by it - the house on the runway was actually built from prefabricated elements in just two weeks. Thus, the architects have clearly demonstrated that the scores prefabricated not only in areas such as the cost of functionality and construction - can also impress with an original architecture.

The balcony offers a beautiful view of the region

Three volume and the judge 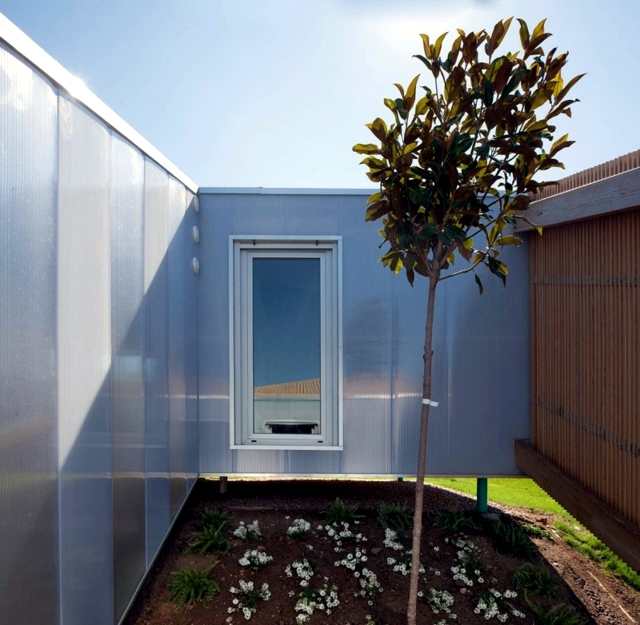 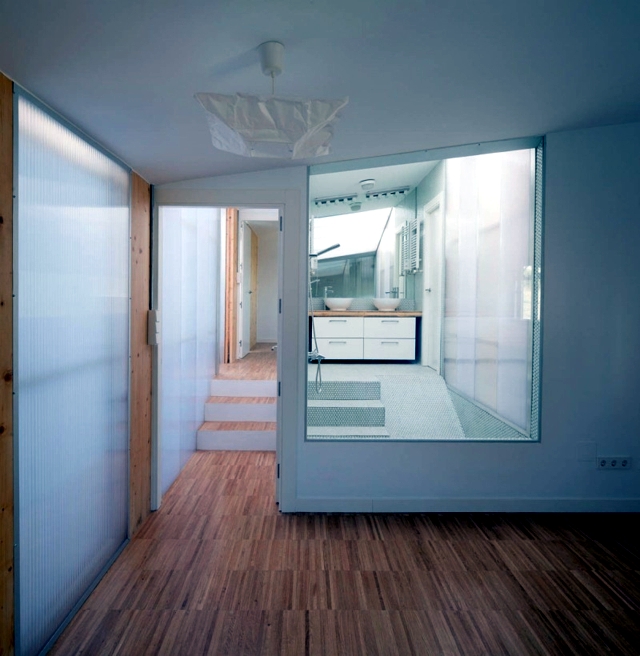 Original idea for the bathroom 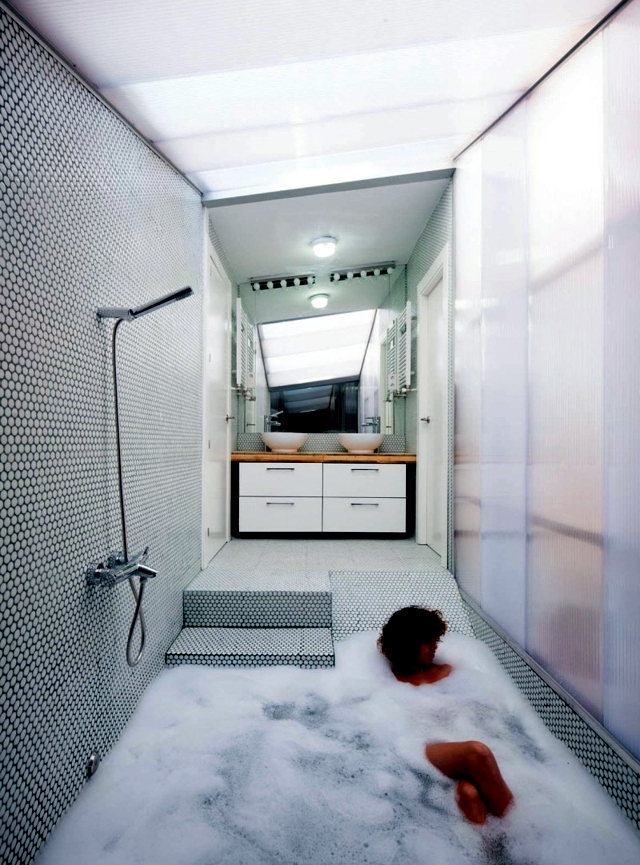 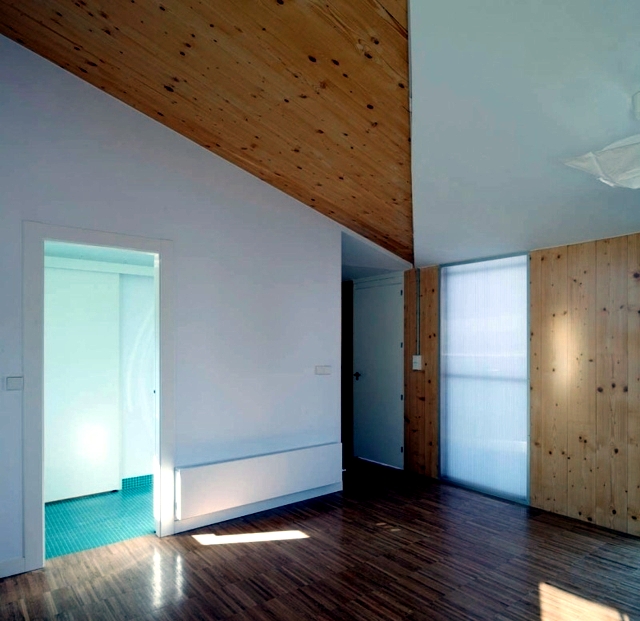 The roof of the shelter can be used as a terrace 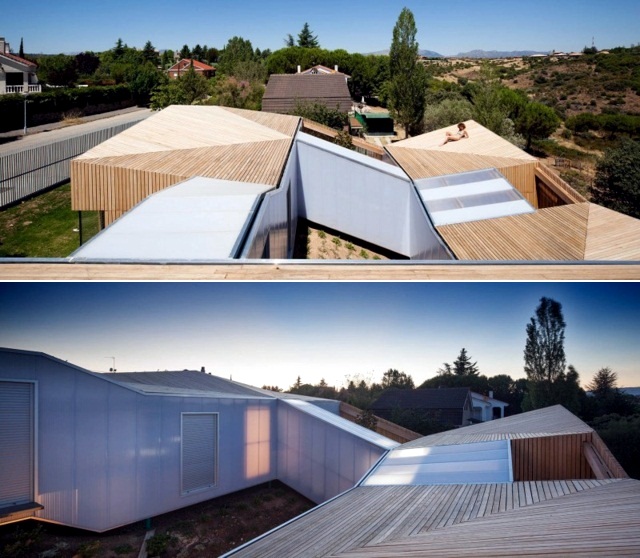 The windows have shutters 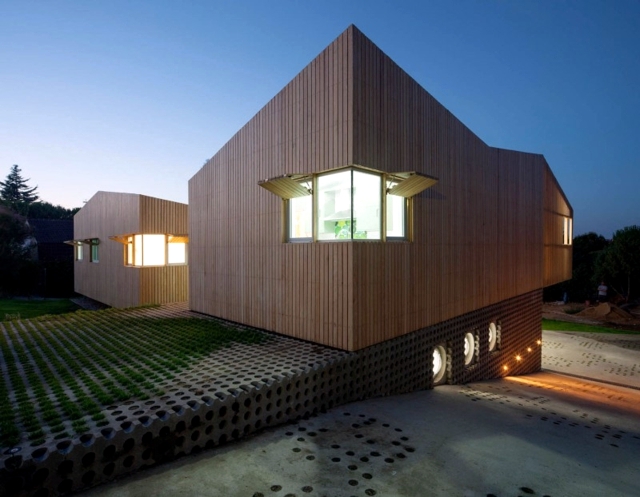 The house was built from prefabricated elements 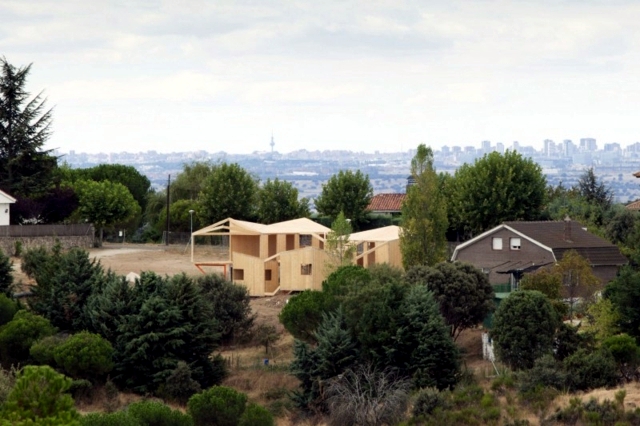 House on a hill - modern design 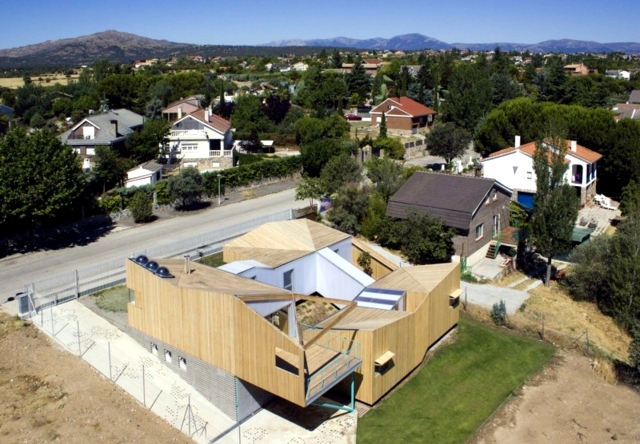 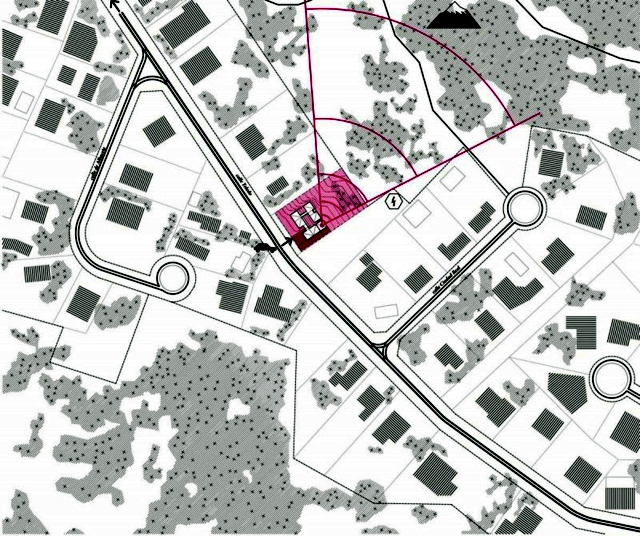 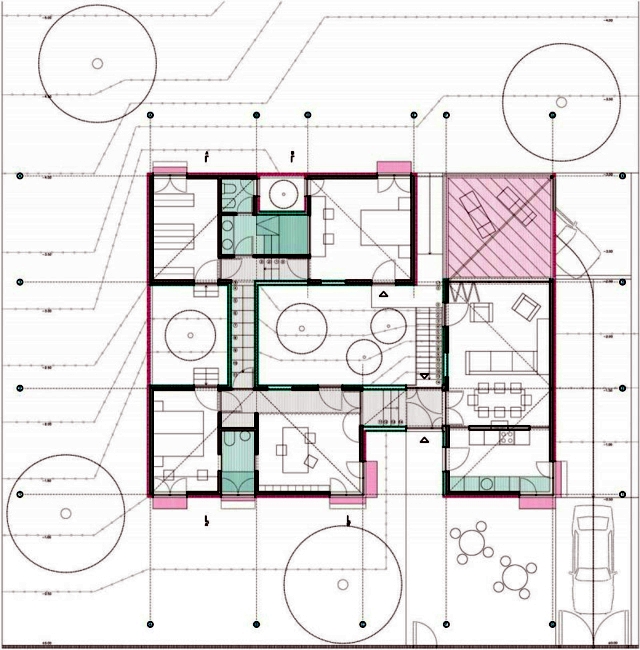 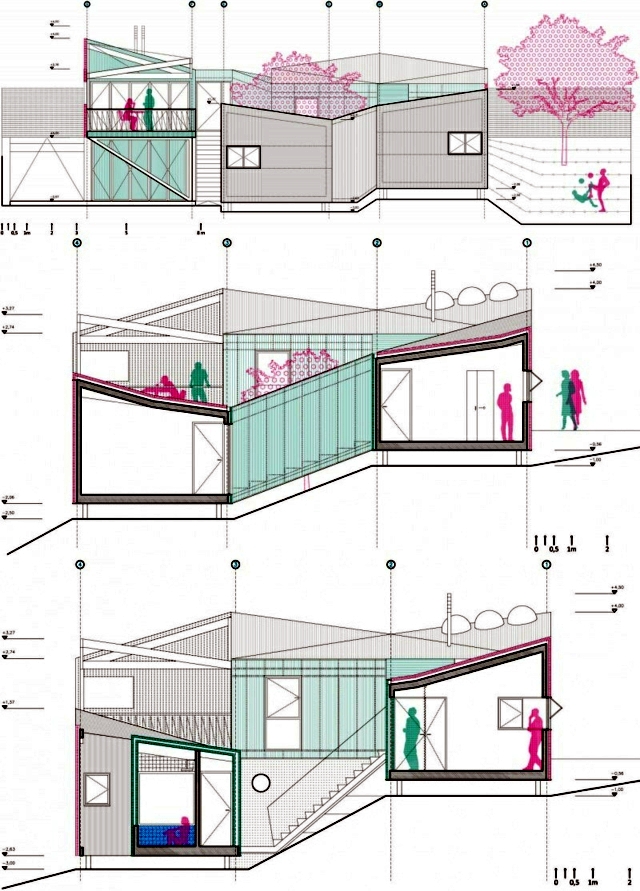