Modern Jungle House in Potsdam in dialogue with nature 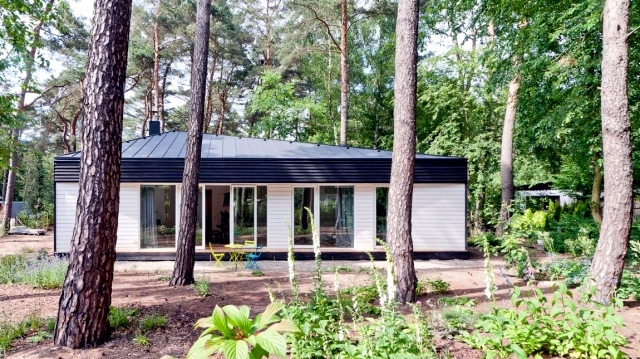 The "Waldhaus am King of the Forest" was created by German architects claim in 2013. The plot is part of a married couple and is located in a wooded area near Potsdam, Germany. Therefore, the project of modern house of the forest, which occurs in a dialogue with the surrounding nature and is also affected by it. 'S treetops whip up a fantastic play of light and shadow, which is projected on the building structure and can also be felt in the atmosphere of the interior.

Modern forest house, which blends harmoniously with the landscape 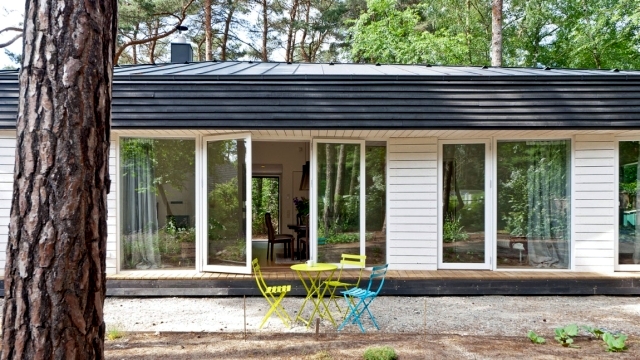 The goal of the project was to build a house for the couple and their guests, generous despite the limited area of ​​building acts. The architects played with solids and surfaces and thus it came to about 60 square meters, a compact structure with open floor plan, which consists of two cubes each tour. In turn, there is the house is divided into two - living and sleeping areas. The geometry of the roof is asymmetrical in terms, therefore, the roof slopes dominate the entire interior and rooms are spacious and open atmosphere. 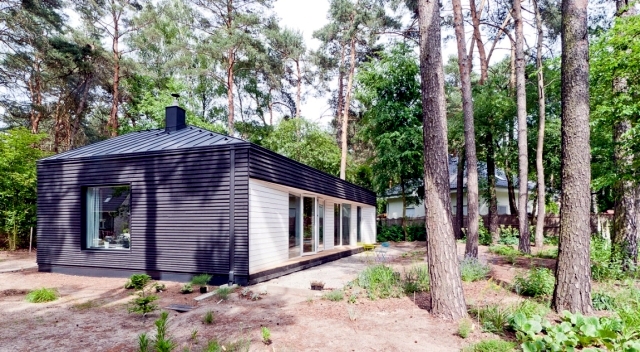 Due to the slope of the roof is created on the south side is a covered porch. On the north side of the entrance hall, kitchen, bathrooms and study rooms are located. Large windows following the longitudinal axis notched on the south facade and a direct view of the forest. Square windows arranged precisely to the east and west facades emphasize the transitions between rooms and public areas exposed to the south to the north.

Front held in black and white 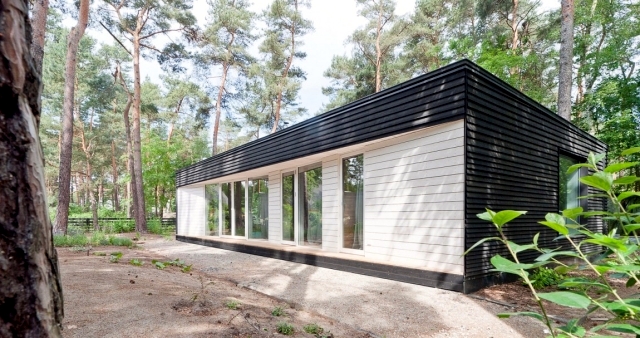 The façade blends in with the landscape of the surrounding forest. If kept in a matte black, white interior creates a light and airy feel. The rooms on the south side overlooking the garden and green area of ​​trees. The interior design works with a limited palette of materials such as wood and light neutral colors like black and white. 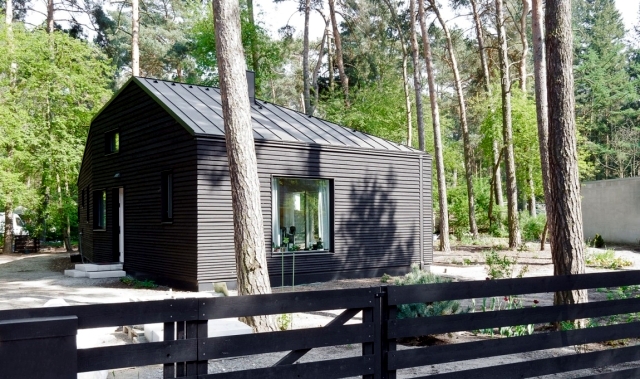 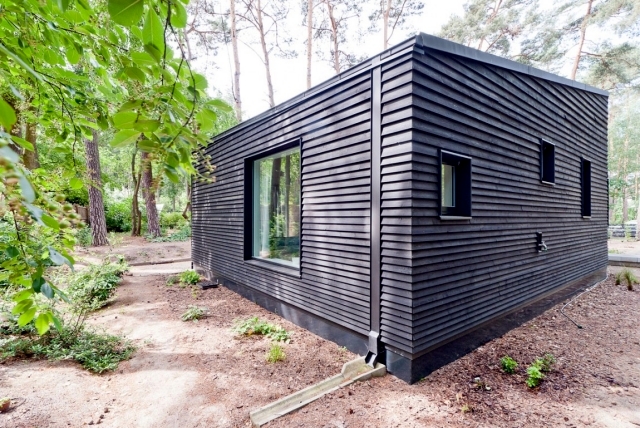 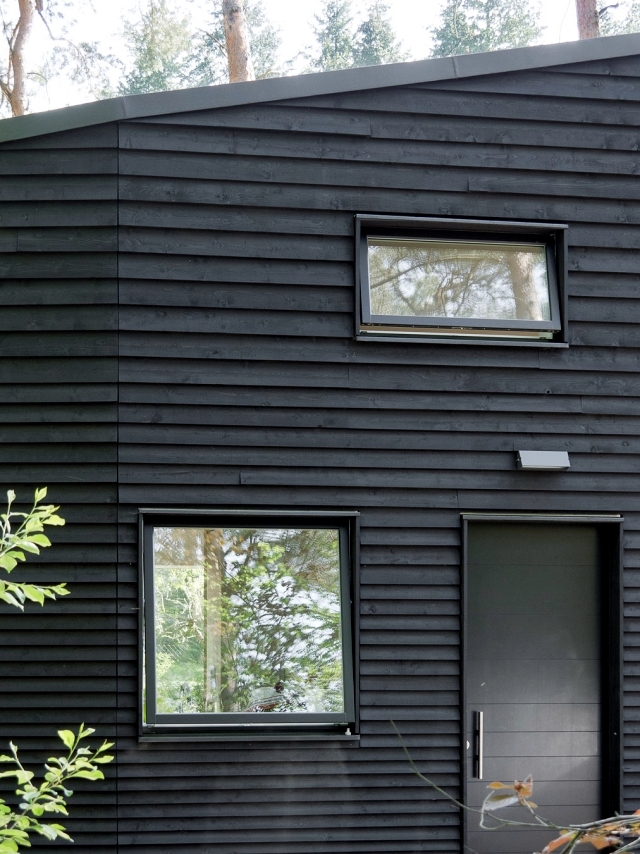 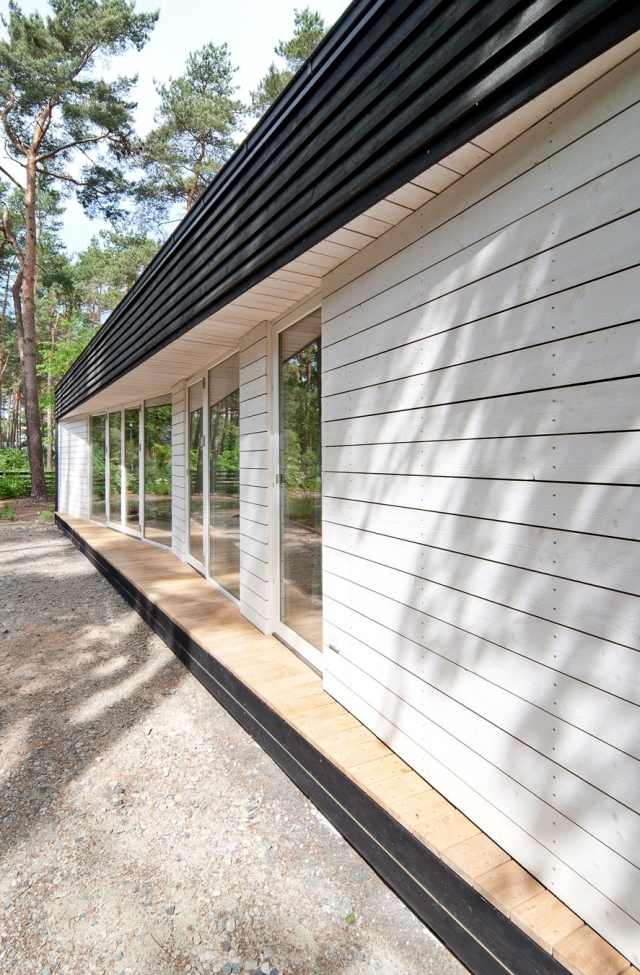 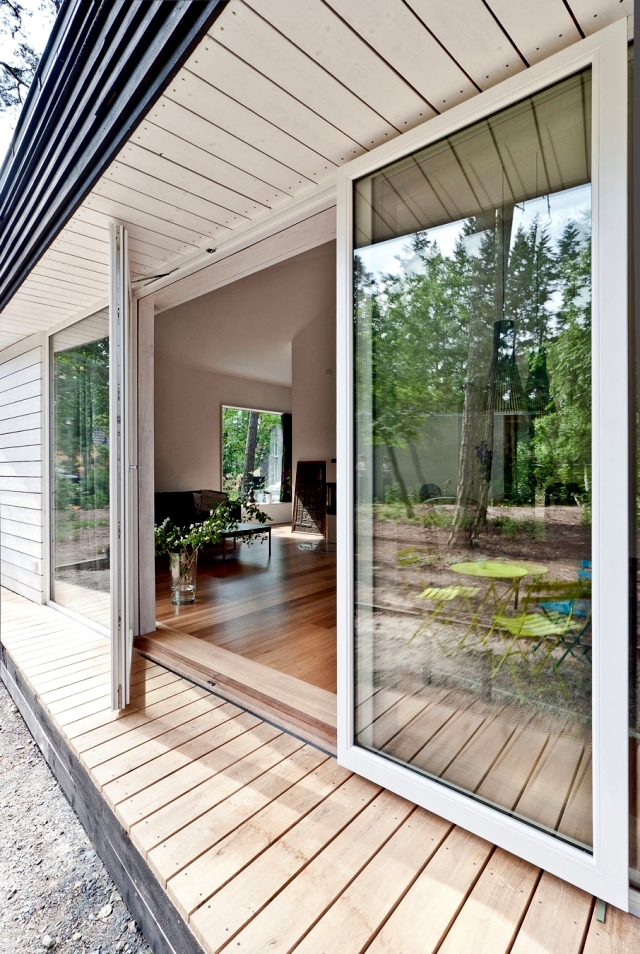 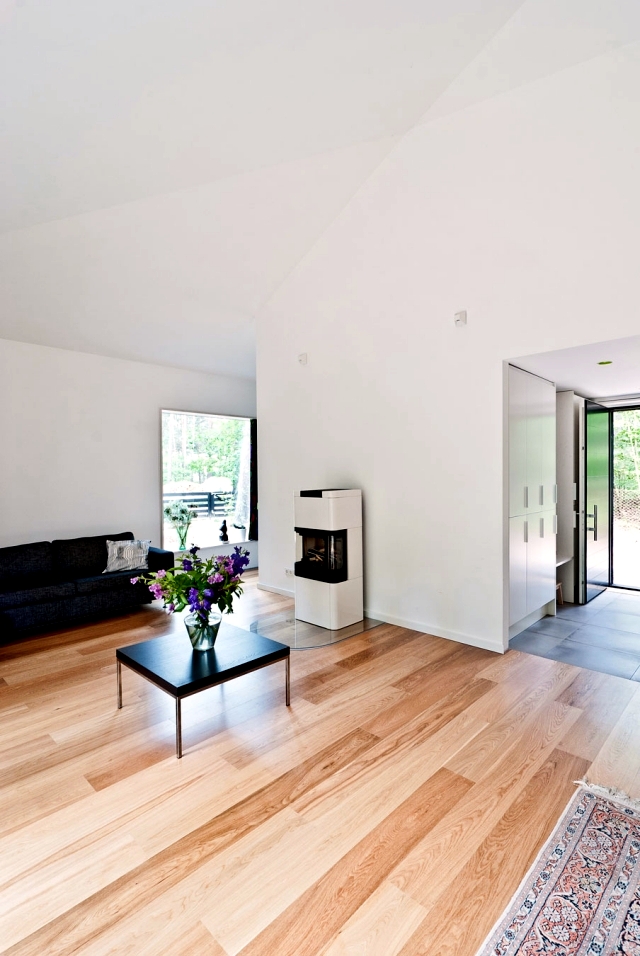 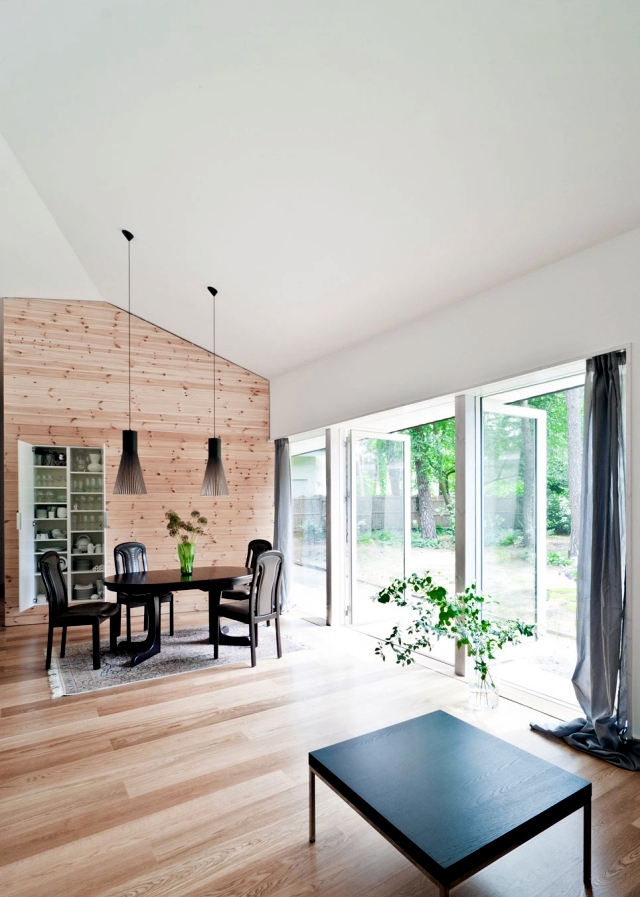 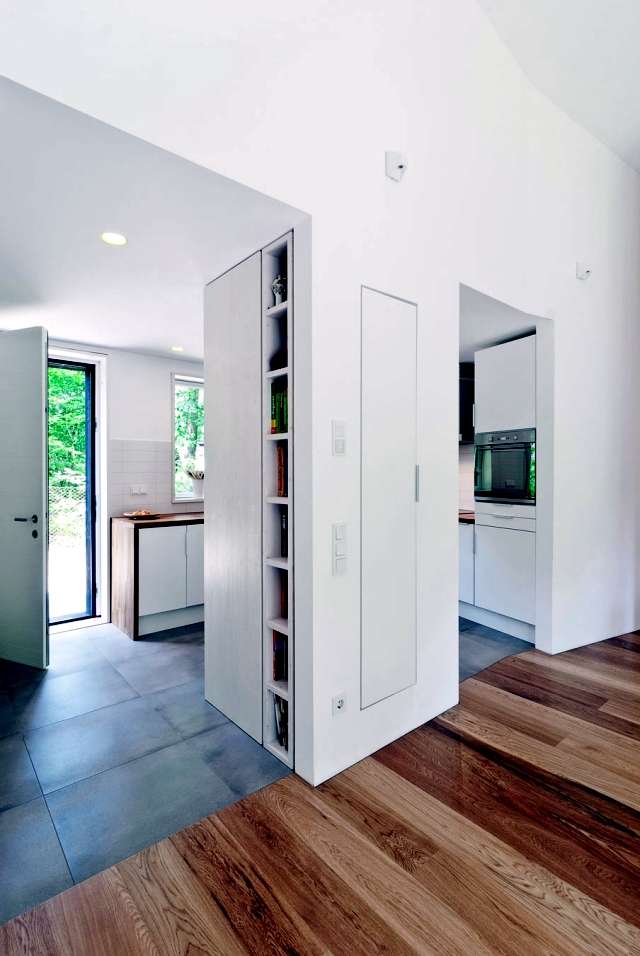 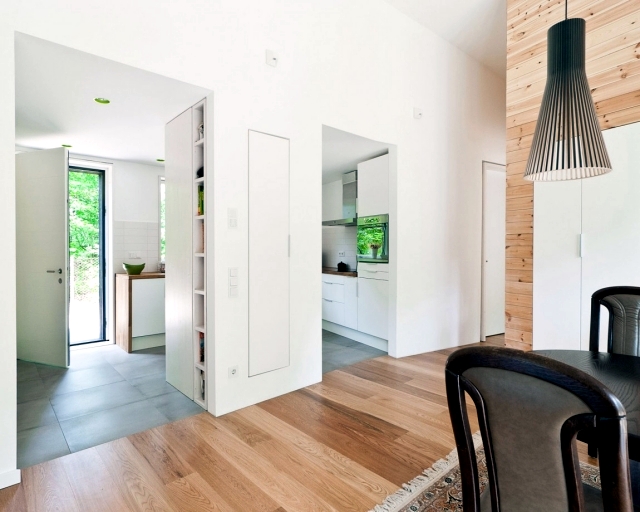 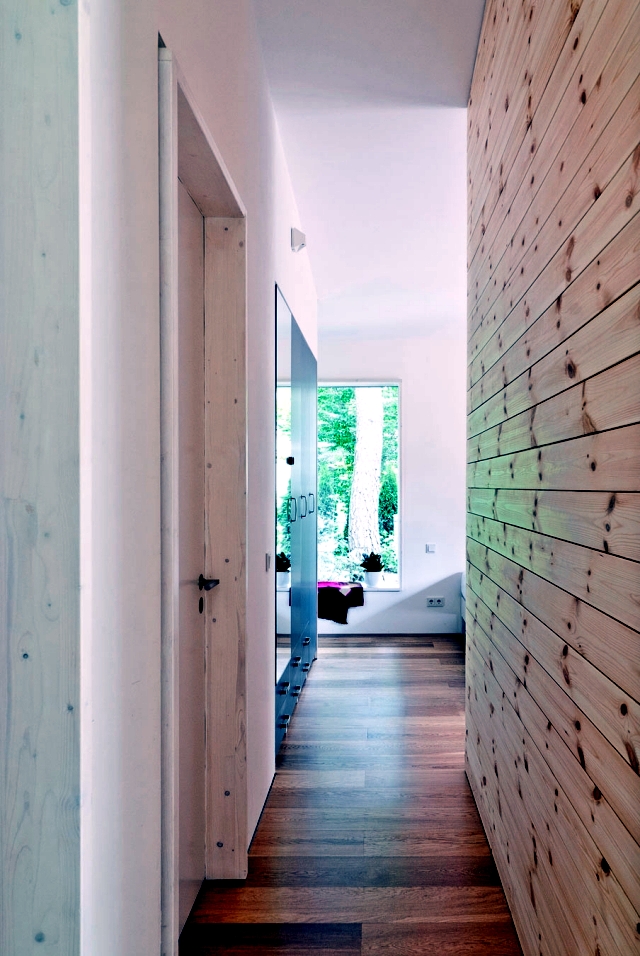 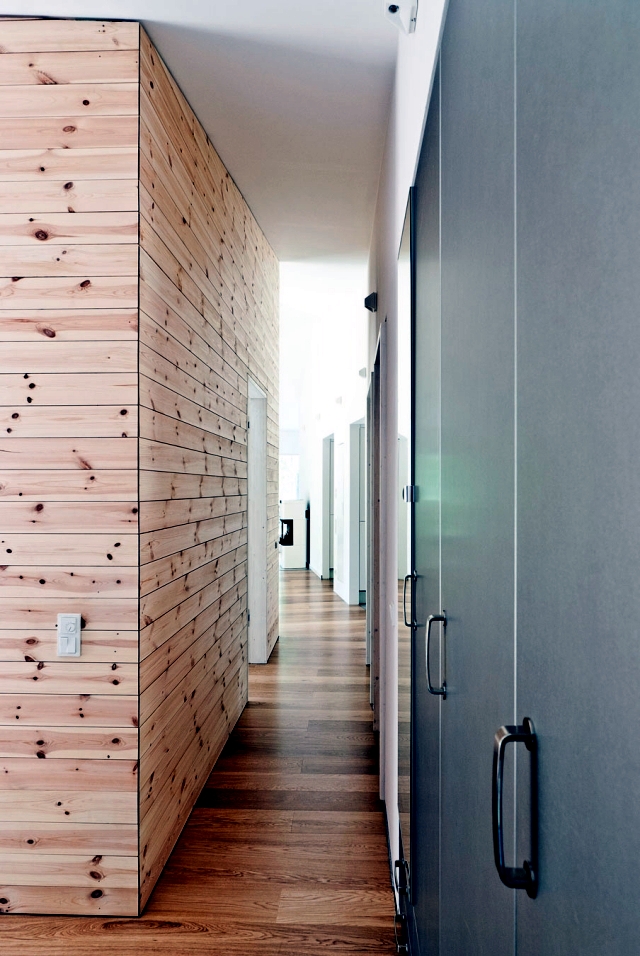 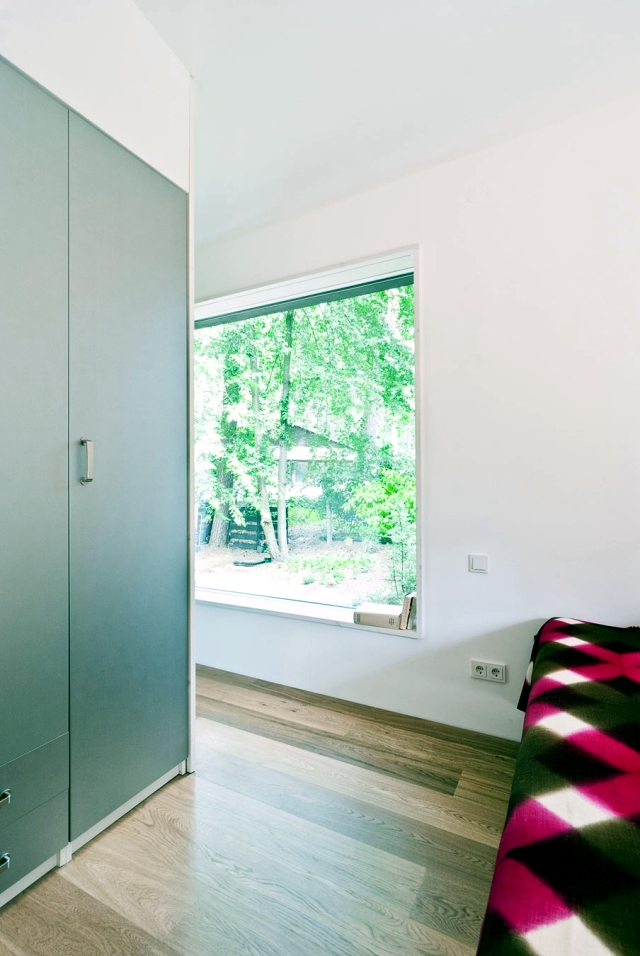 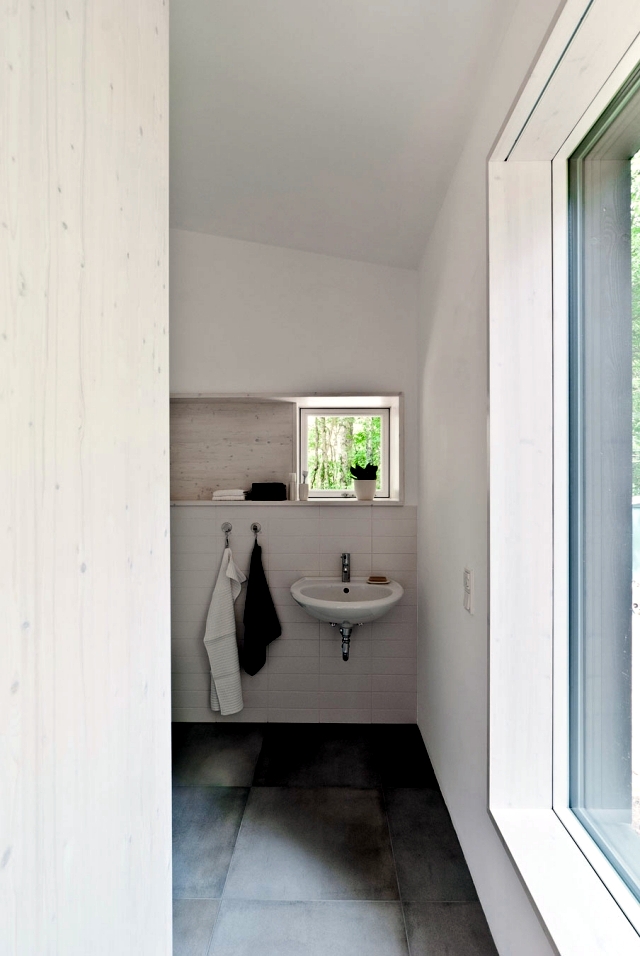 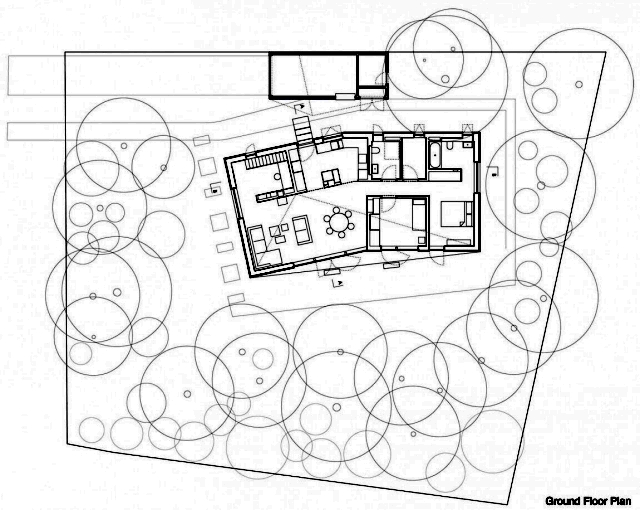 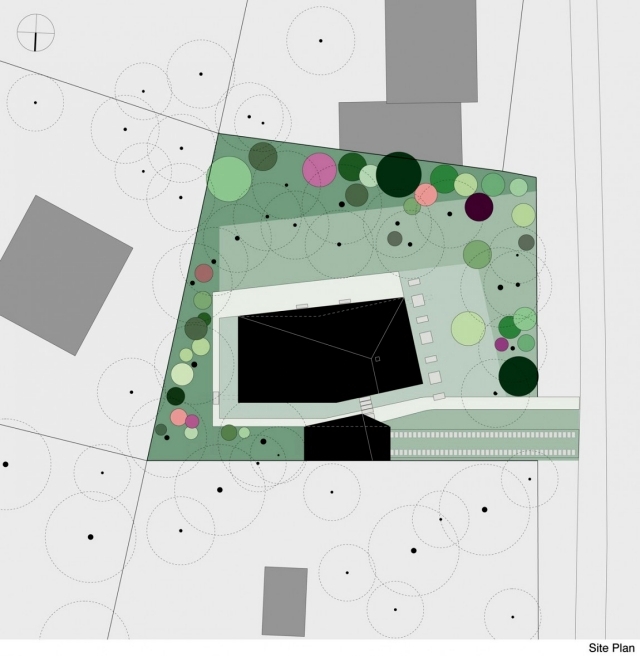 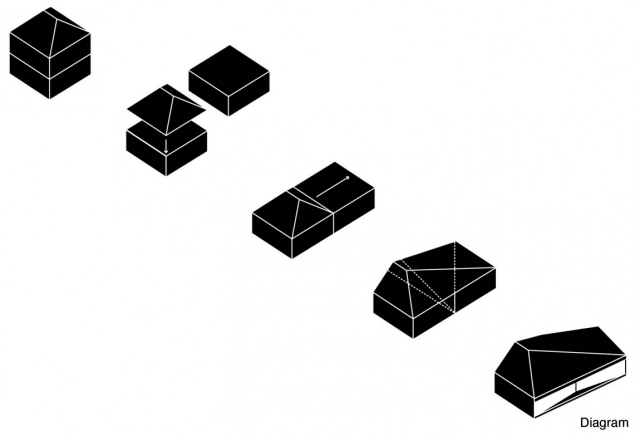