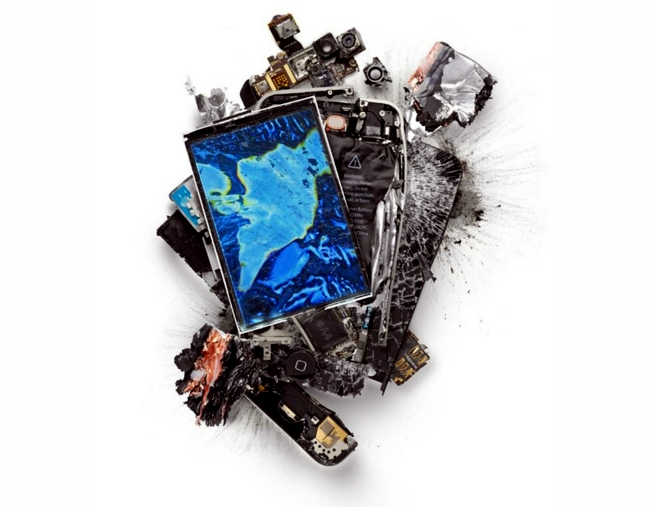 We present an unusual photo shoot - fragmented Apple computer and iPhone are perceived as art. A gallery of destroyed Apple products was presented by Michael and Paul Fairchild Tompert recently. The graphic designer trying to explore in this way, the relationship between man and machine. 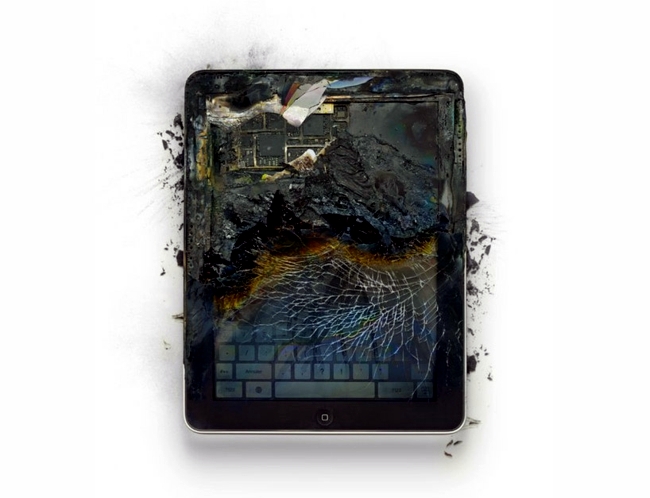 Tompert Michael has spent the past few months all the latest Apple models - Apple computers bought, iPhones and iPods and then methodically destroyed. The results he has photographed and presented at an art exhibition in San Francisco. The show lasted a weekend and presented a series of different photo of renowned photographers. Tompert explained that the idea came to him on Christmas Day. He gave his son an iPod Touch. The boys have a device to the disputed - everyone wanted to have it, because it was recorded a popular game. The upset father threw the iPod to the ground. The touch screen has been damaged. Impressed by the unexpected result Tompert brought his camera and photos. His wife encouraged him to use the photo for an exhibition.

Apple Computers destroyed, iPhones and iPads show the relationship between man and machine 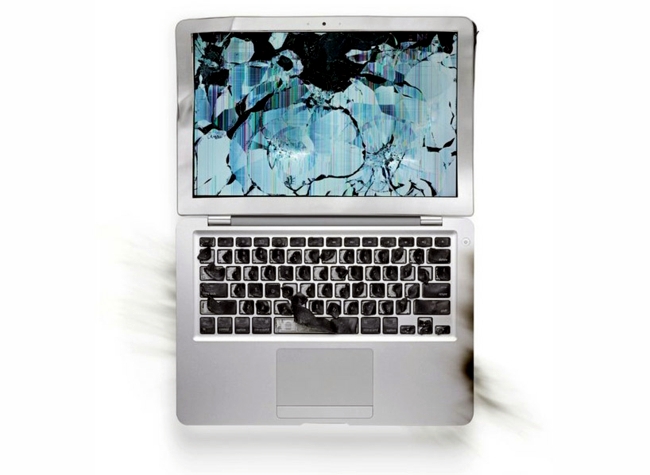 In the coming months, the photographer 12 photos of destroyed Apple products - Apple made ​​computers, iPhones and iPads. He bought new products, and tried the relationship between man and machine for the new show. The various methods of destruction - for example, he used a handgun for iPhone 3G Heckler & Koch and drill holes in it. An iPod Nanos series was run over by a train. Here are pictures of the exhibition.

iPad - destroyed with a strong beat 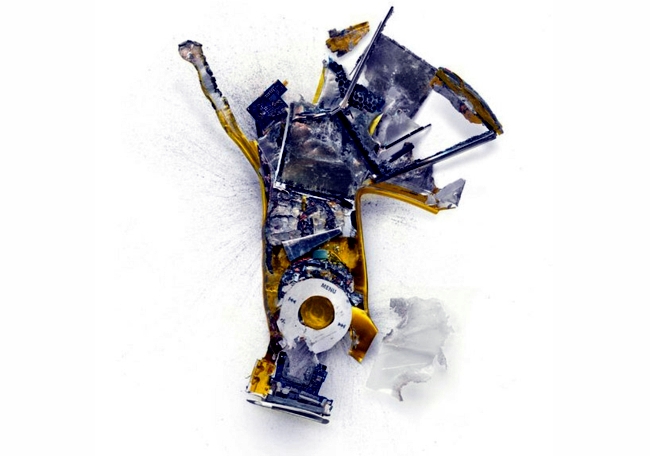 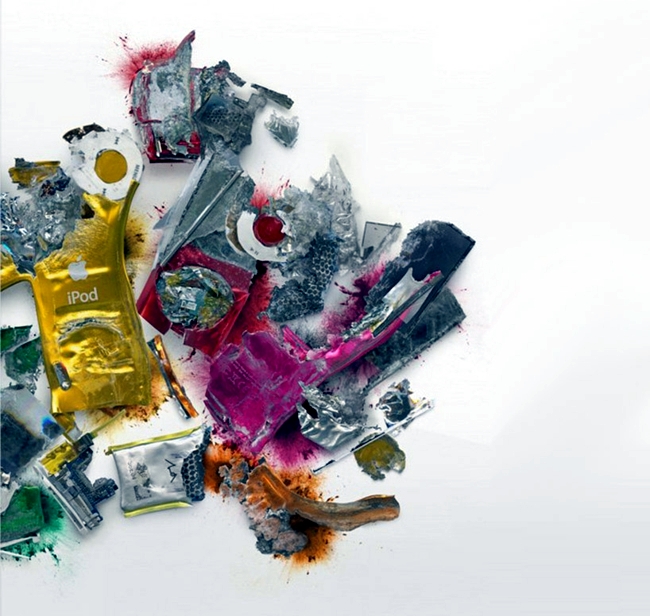 Modern art in the United States 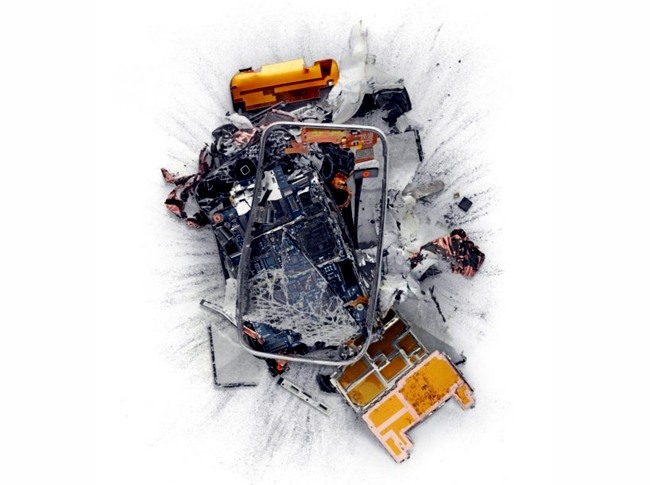 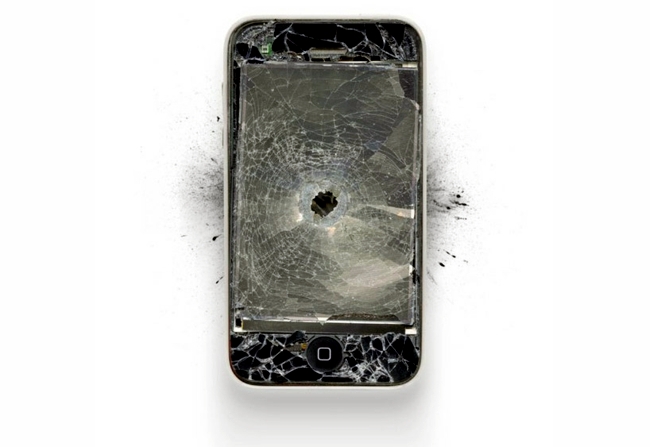 Art exhibition in the United States 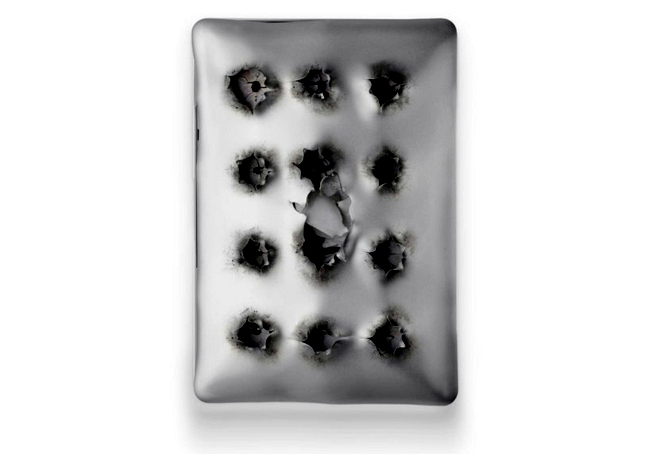