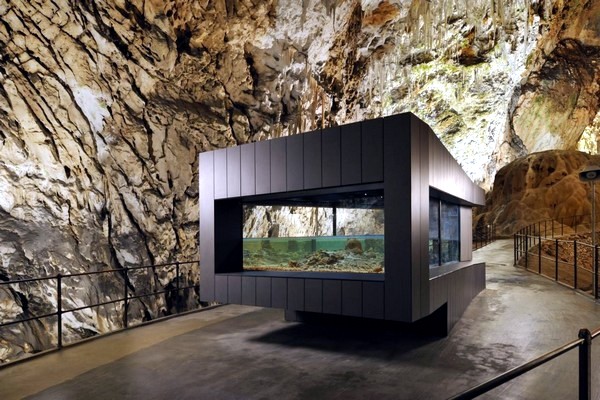 A modern minimalist aquarium, was recently built in Postojna Cave in Slovenia. The cave is one of the largest caves in Europe and is a major attraction for tourists from all over the world. A big attraction is the OLM / or Proteus called anguinus /. The salamander has found a new home in the new aquarium, designed by flap design studio.

Minimalist Aquarium - the new home of the Postojna cave salamander 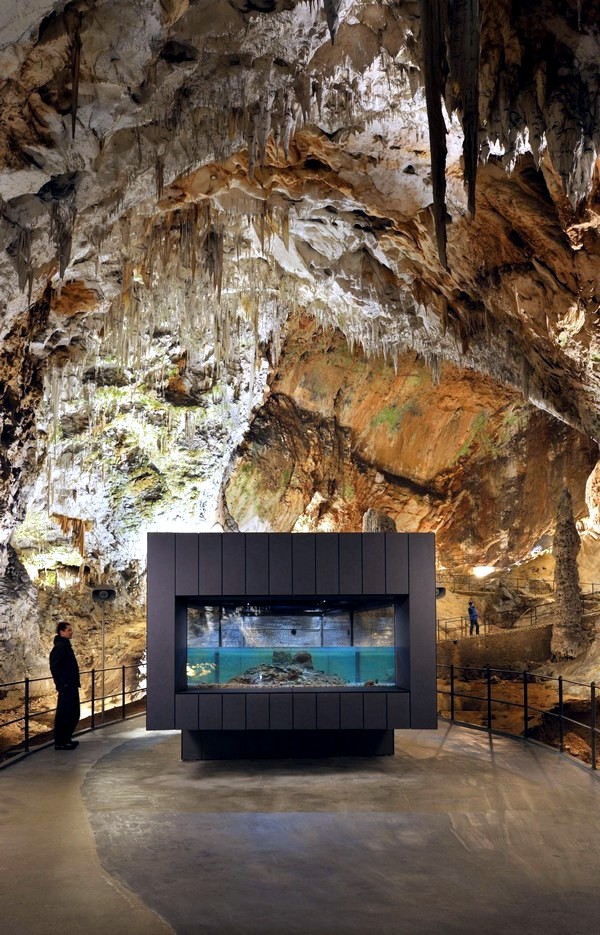 Building a minimalist aquarium, one of the biggest attractions of the Postojna Cave can accommodate - to this task, the study design was commissioned groundwater. The project has proven to be a great challenge - first, to access nearly 5,000 tourists quick and easy to aquarium should have, instead, the salamander should feel at ease. The architects have come to a creative solution, and used the circumstances of the cave - the aquarium has been set on the enlargement of the cave. Tourists walk past the aquarium, and watch the animals in their natural environment. 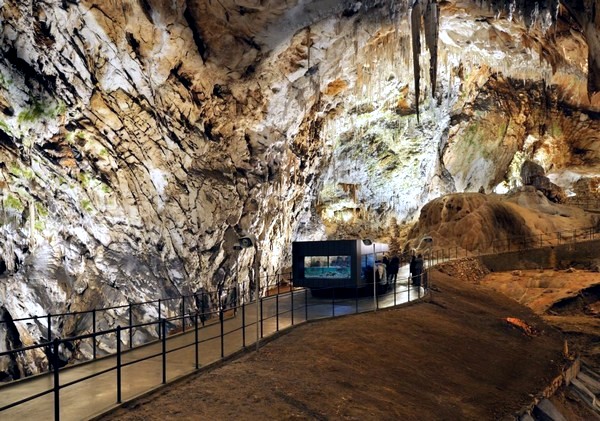 The aquarium was made in part to be transported and assembled on site. The structure was designed in collaboration with numerous experts salamanders. The foundation consists of several huge concrete blocks, while the structure was built of steel and glass. The roof has been designed with small holes so that water can go down into the cave. Filters, pumps, and a lighting system to ensure the correct behavior of the animals. Its geometric shape, bordered with the environment, while the color palette intentionally minimalist neutral aquarium wurde.Ein with an innovative concept - that can best describe the style.

The tank is equipped with a lighting system, pumps and filters 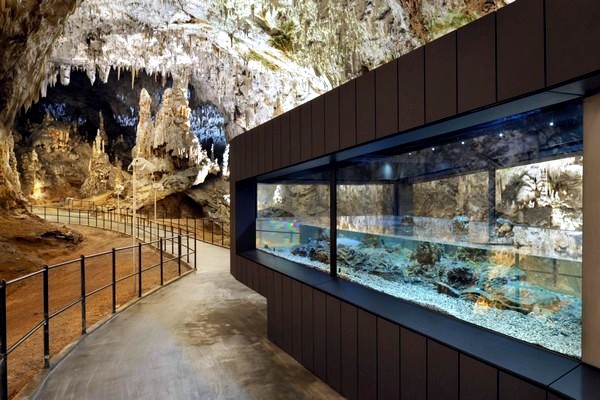 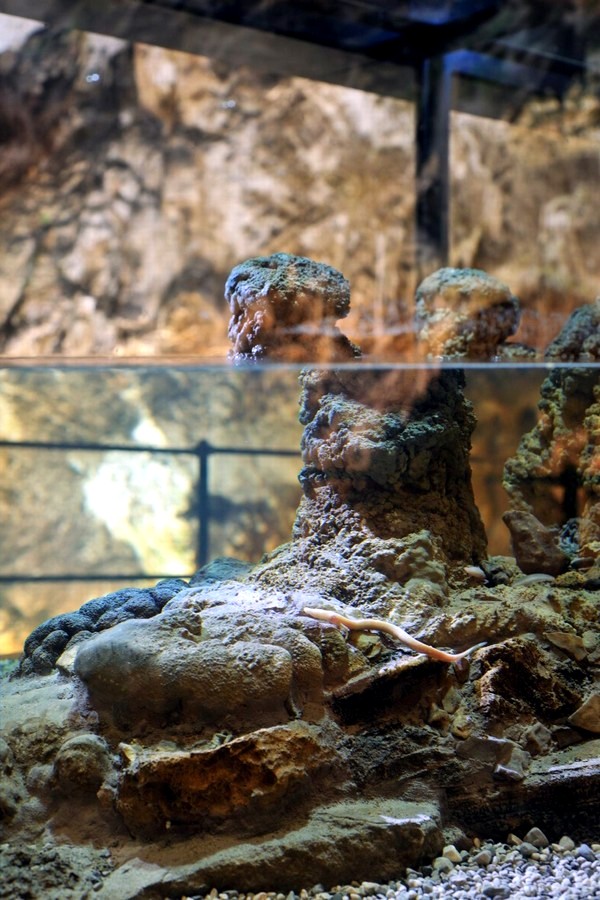