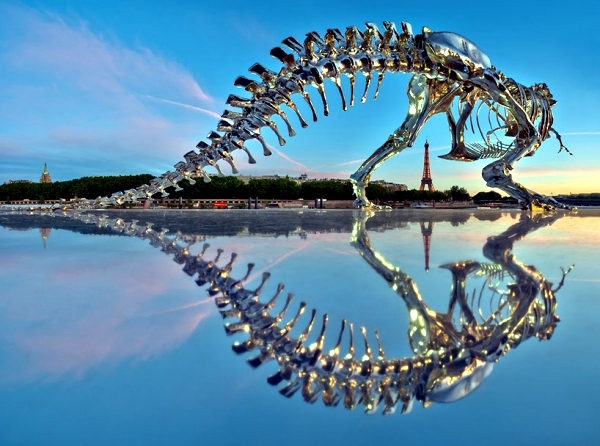 An impressive sculpture chrome surprised the residents and guests of the capital. The formidable size Tyrannosaurus Rex floats on the Seine. It was designed and positioned by the French artist Philippe Pasqua on behalf of Charlotte Bruel-Matovic, the daughter of the founder of Bateaux-Mouches. Locally and internationally active project aims to promote contemporary art in Paris. 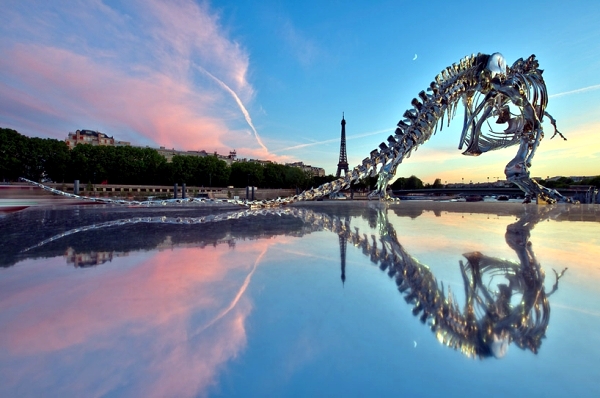 Tyrannosaurus Rex is probably the best-known dinosaurs. With a length of four meters and a weight of 7 tons, it is considered the largest carnivore on the mainland through the history of the Earth. For T-Rex are typical of the huge skull, long tail and powerful fearsome fangs. The skeleton of giant dinosaur Paris is 4 meters high and 7 meters long. A silvery sheen to the surface has been treated. At night, they reflect the lights of the city. 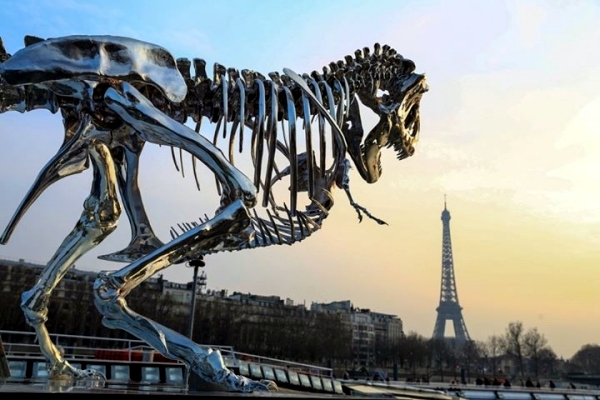 Kunstaustrellungen and public facilities benefiting recently very popular among artists around the world. In this way, they can find their expression, and apply to several persons. After climbing the 350 chrome bones at an incredibly realistic and mysterious skeleton, a particular overall effect was created - a mix of modern art and shock.

The wild world of prehistoric dinosaurs 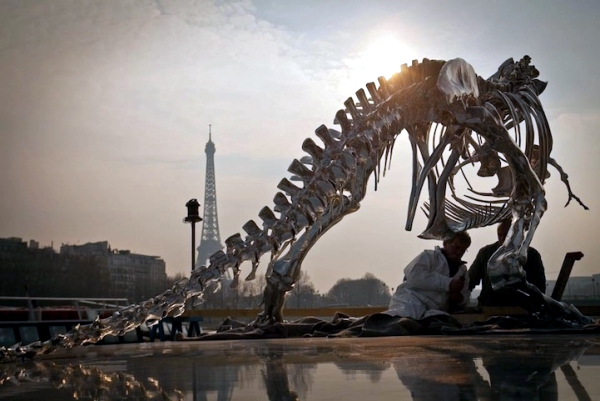 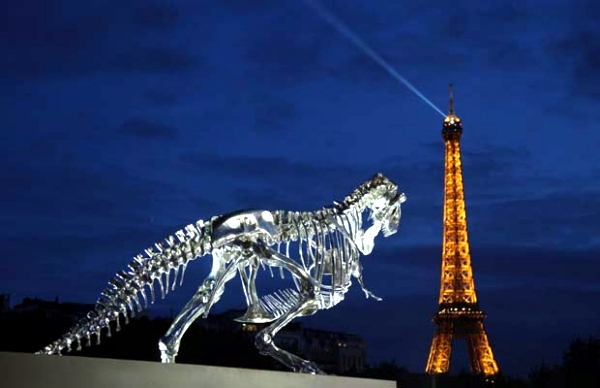 At night, the gigantic dinosaur shines 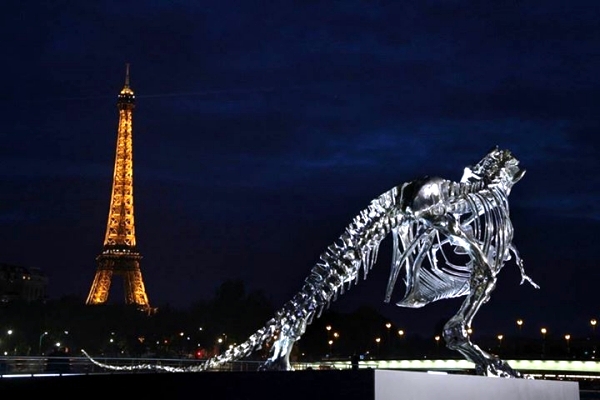 Future and the past in a creative game 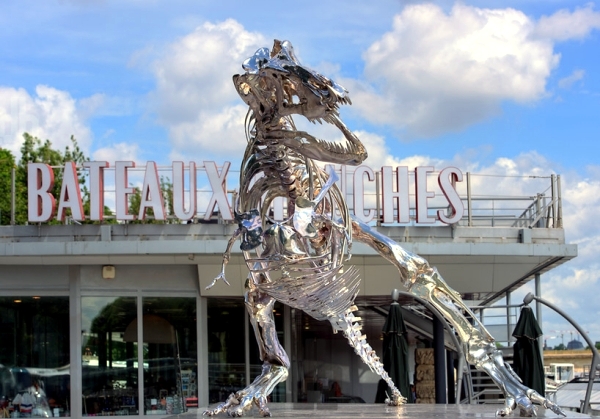 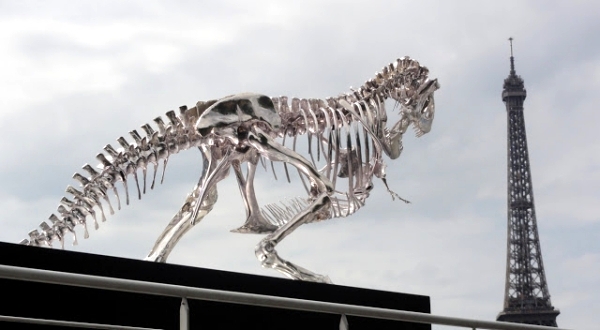 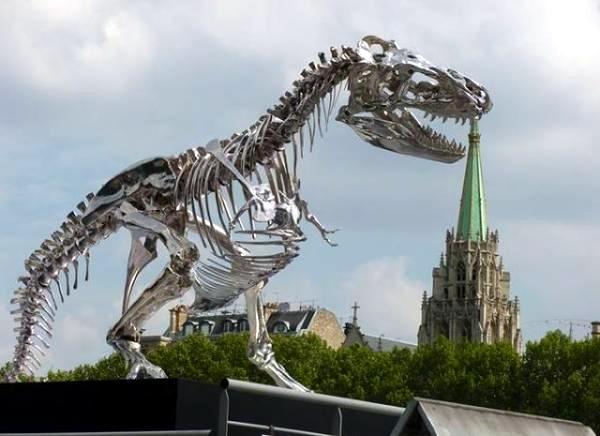 Interplay of Art and shock 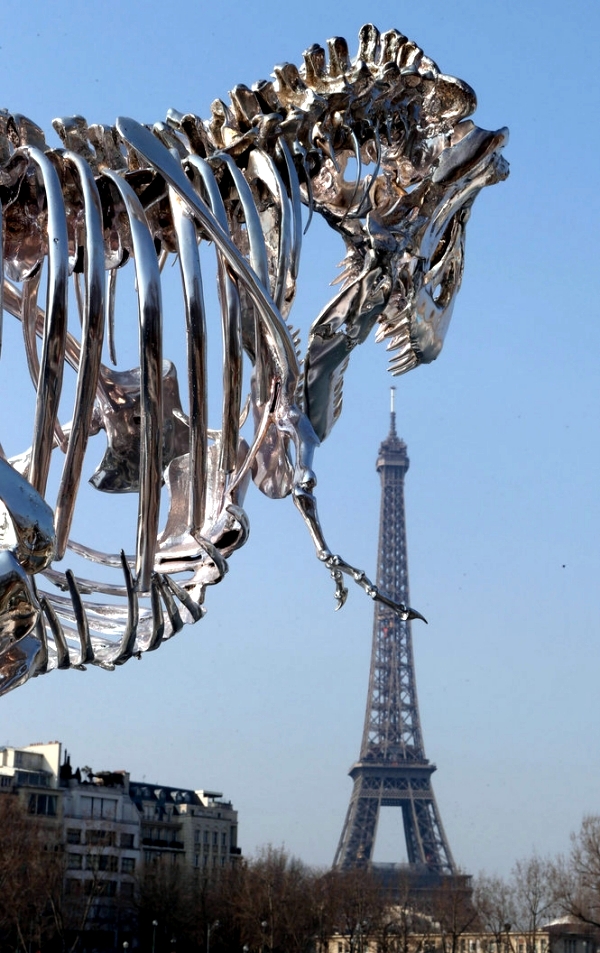 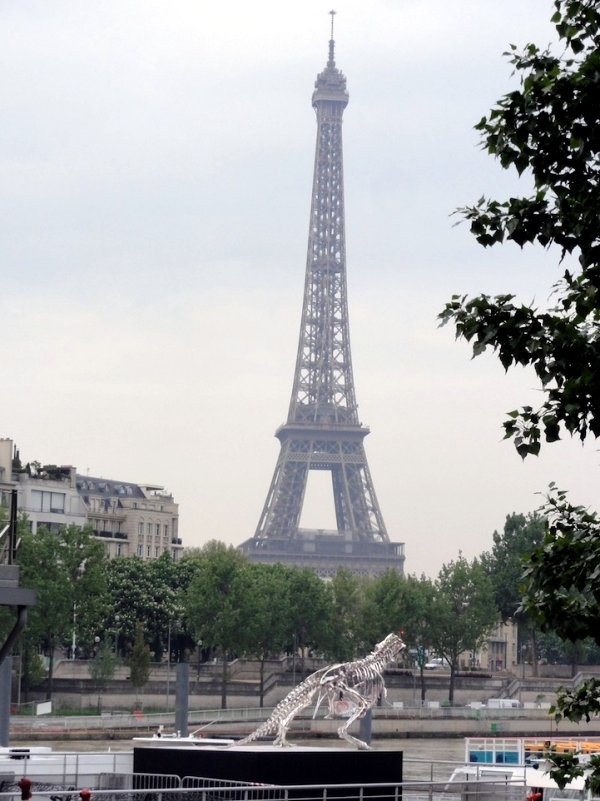 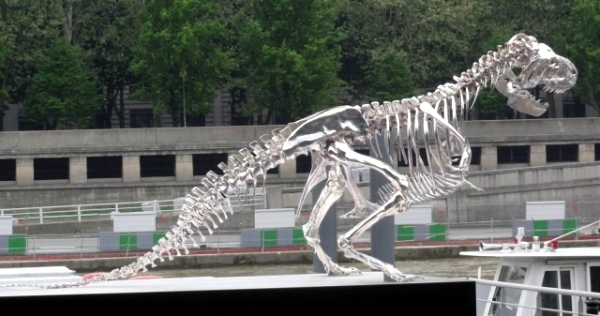 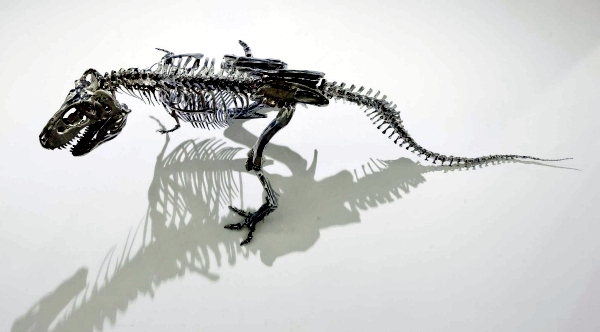