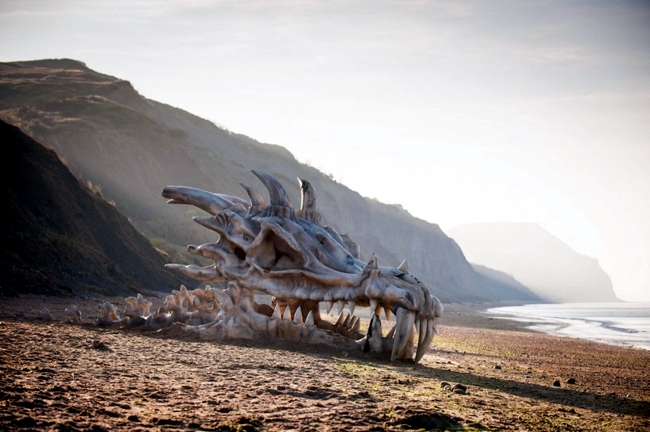 The population of Cornwall and the surrounding area has found a massive dragon skeleton tomorrow on the Jurassic Coast. The sculpture was inspired by the popular television series Game of Thrones. The exhibition space is not a coincidence - Jurassic Coast in England is a popular place where many dinosaur fossils have been found. 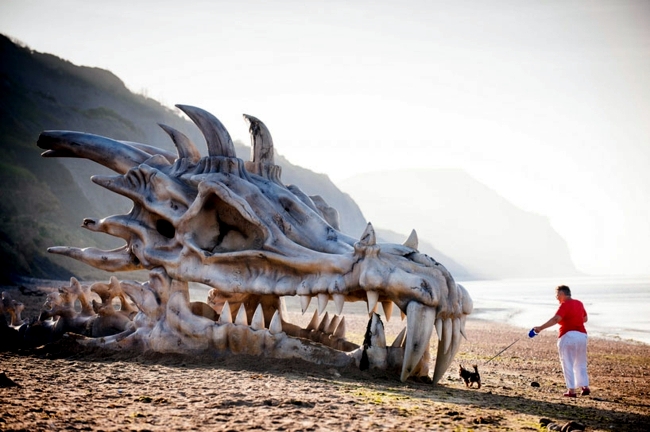 The coast near Cornwall town in England has long been popular - many dinosaur fossils have been found there. The mysterious beach, often with fog, has been chosen as the exhibition of modern sculpture. The dragon skeleton is about 3 meters high as a London bus, and 12 feet long. In two months, a team of designers, the sculpture designed and manufactured. The project has had a long preparation - the aim was to produce a dragon skeleton imaginative and realistic. The installation is part of a series of urban exposures with fossils - including the statue of T-Rex in Paris.

Dragon skeleton of the HBO series Game of Thrones inspired 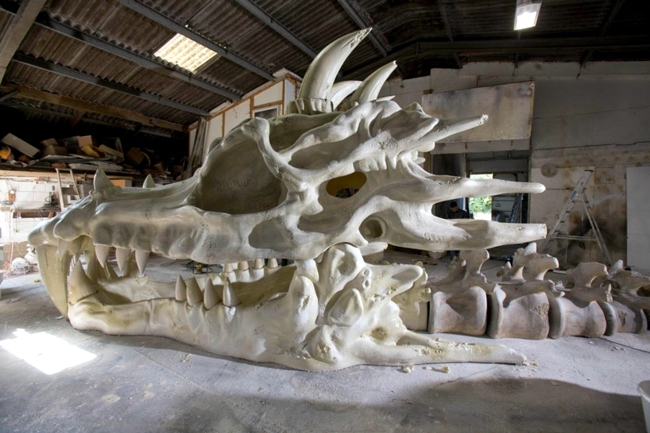 Mythical creatures from fairy tales and legends recently got a new life thanks to the hit TV series of the United States - Game of Thrones. The installation was inspired by the stories and designed as an advertisement for the third season. Interesting is the fact that dragons change their role in the various stories. Sometimes, as an aid and protection, sometimes seen as pure evil, they play a special role in the film series. That dragons can be completely controlled by the Khaleesi, or at least have their own will, and the situation has changed - remains uncertain. We look forward to next season!

The dragon is about 3 meters high and 12 meters long 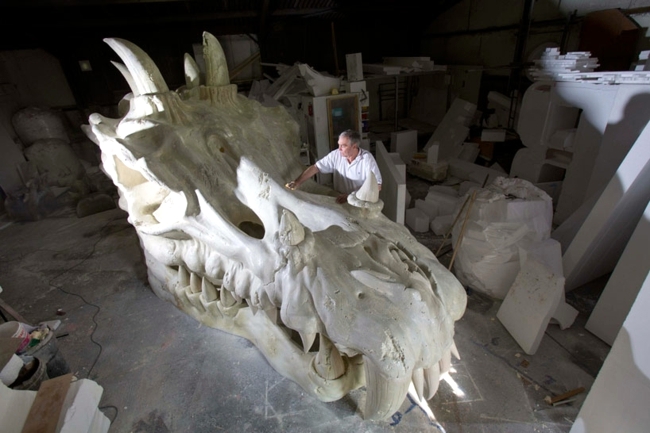 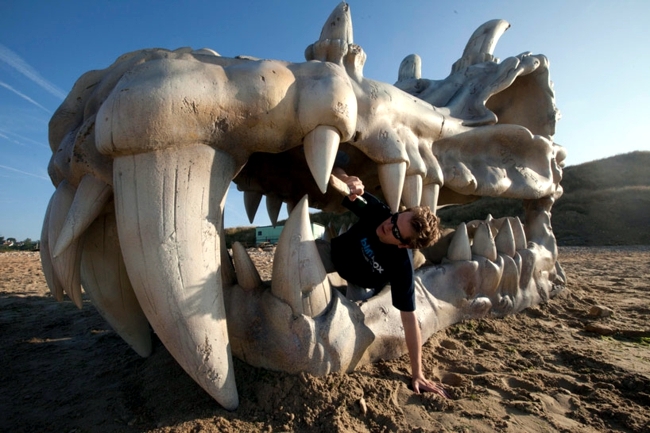 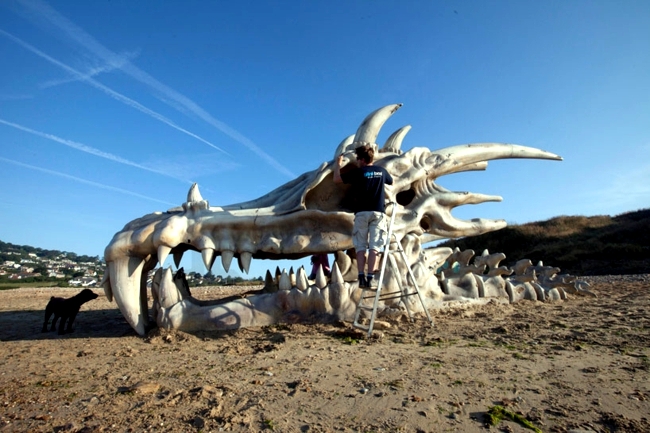 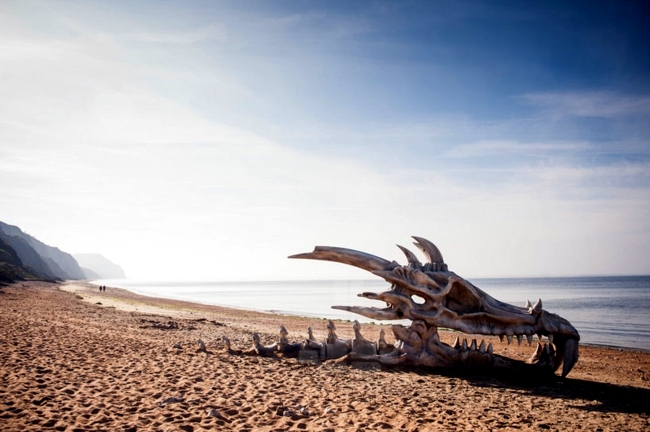